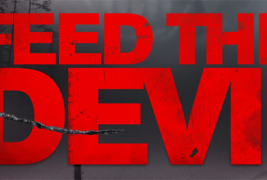 You draw three conclusions while watching Feed the Devil, directed and co-written by Max Perrier:

Here’s where we start. Marcus and his girlfriend Stella (Victoria Curtain) are told of an area in Alaska where the fields are green with a particularly potent marijuana crop that’s worth a ton of money.

The catch? It sits in the middle of a dense forest considered the “Hunting Ground of the Gods.” This is sacred territory to the Native Americans that once (still?) inhabited it, and unwanted visitors are said to face certain death.

Hogwash. Or so thinks Marcus, unfettered by humility or common sense. So he, Stella, and her sister, Lydia (Ardis Barrow), pile into a pickup truck and head to the promised land.

This is a dysfunctional trio, to say the least, and it isn’t long before verbal fireworks, wolves, and some spooky sightings send Stella off the deep end. She flags down another motorist and heads for civilization. Marcus, motivated by money and his own arrogance, isn’t one to give up, even after he and Lydia later find the other motorist dead, his car off the road, and Stella missing. 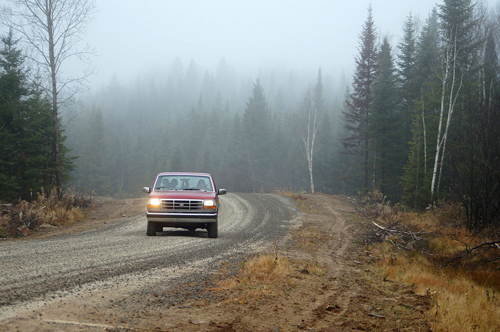 This might be the time most would give up the quest and call in the cops. But not Marcus. He persuades Lydia to carry on, and they do so with a mysterious Indian woman, Mai (Nahka Bertrand), who appears almost out of nowhere. Even after their own truck is disabled, Marcus follows Mai to a cabin, leaving Lydia to watch the truck … and flirt with the supernatural.

It’s about this time you begin to realize the mythology about this particular stretch of wilderness holds merit. We spy ghostly Indians in the woods and other mysterious events that just might give you the creeps. The gore quotient begins to ramp up with the aforementioned mishaps that befall not just Marcus, but poor Lydia. Even when a boat seems to be a ticket out, another chink in the armor leaves them deeper in doo-doo.

And whither Stella? Well, we get a glimpse here and there that lets us know we ain’t seen nothin’ yet.

Perrier’s direction is uneven, and his script (with Matthew Altman) is plodding and incoherent at times. But he succeeds at keeping the tension in high gear, aided by Miksa Kovek’s inventive score and gorgeous, if chilling, scenery.

The best of Feed the Devil boils down to the uniformly good acting, especially by Cohn, Barrow and Tyson Houseman, who plays an unwilling and unwitting accomplice to Marcus, arriving late to the party. Had they been given just a little more to work with, this might have been a honey of a horror film.

As it is, it’s more morsel than meal. Feed the Devil whets the appetite but starves the soul. 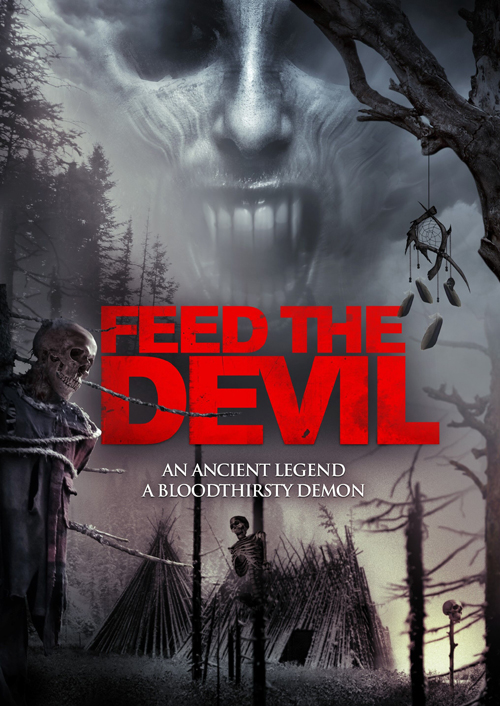 One thought on “Feed the Devil Movie Review”