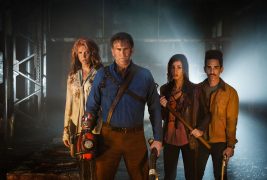 Not everyone has a case of the Mondays, today, Horror Fans.  Starz President and Chief Executive Officer Chris Albrecht made several announcements at today’s Starz Television Critics Association (TCA) presentation at the Beverly Hilton.  But we know there’s one Starz television series in particular you’re chomping at the bit for.  Season Two of “Ash vs Evil Dead” is coming in October and you can read highlights of the press release below to get the juicy meat…uh, DEATAILS!  Read on, Horror Fans….

“Ash vs Evil Dead” scares up its second season premiere entitled “Home” on Sunday, October 2 at 8PM ET/PT. The second season roars back into action with an extended episode where Ash is forced to leave his cushy retirement in Jacksonville, return to his hometown of Elk Grove, Michigan, and mount up once again to face The Evil Dead. This time, he’ll have to form an uneasy alliance with his former enemy Ruby as Elk Grove becomes the nucleus to the most dangerous horror Ash has faced to date. The upcoming season of Ash vs Evil Dead will include ten half-hour episodes. 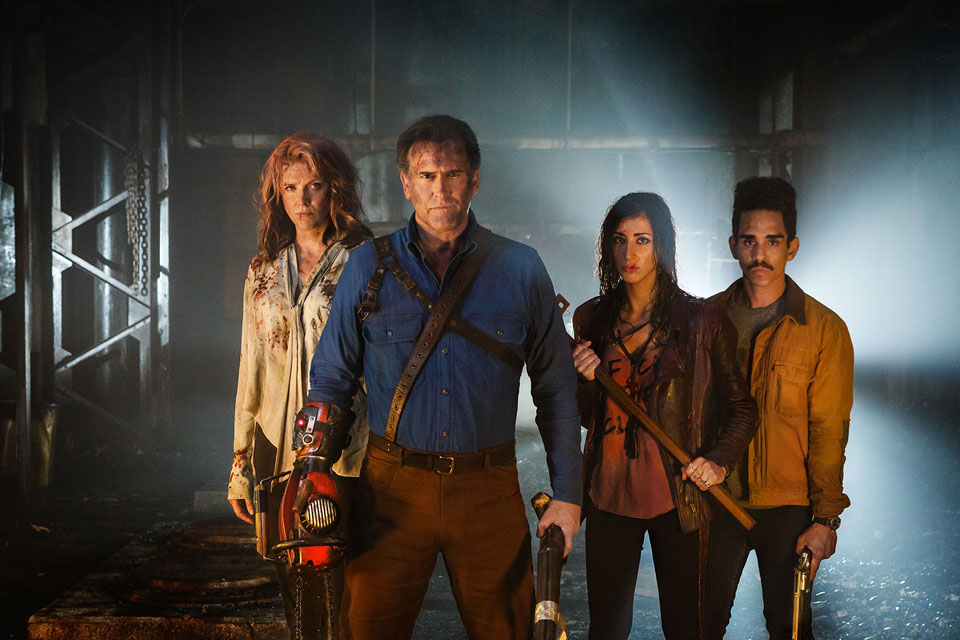