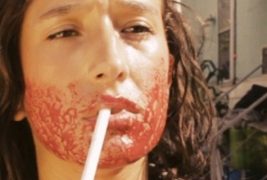 Girls Just Wanna Have Blood, written and directed by Anthony Catanese, is the type of film that you’d expect to see screening around 4:15am at a local exploitation horror film fest. That’s not a knock on these sorts of films, but if you are expecting anything other than tasteless teenage humor focusing mostly on tits and ass, you have wandered into the wrong movie theater.

The film starts off with a bang, as our trio of vampire gals lures a cashier to his bloody demise before the opening credits roll. I’ve always been of the opinion that vampire blowjobs are a creative death not used nearly enough in horror films. Trish (Destyne Marshai), April (Penny Praline) and Stacy (Gigi Gustin) are the type of blood-sucking freaks that the indie horror world tends to root for. Unfortunately, in this feature-length film that would have done much better as a short film, you kind of look forward to them meeting the business end of a wooden stake. If only the hero of the movie didn’t have a face that was so damn punchable.

Jessica (Amanda Renee) is an honest teenaged girl tasked with watching over her baby brother, all while hoping to get out of town once high school is over. As if her trailer trash upbringing and the stress of high school weren’t enough, she’s also being trailed by our blood-thirsty gang. When Jessica finally succumbs to the pressure of joining the immortal children of the night, the blood-draining and partying ramps up several notches.

Of course, you can’t have vampires without an adversary. The vampire hunter of the film looks like your stereotypical creepy neighborhood dad, but with an awkward Russian accent and an even worse haircut. The worst part of this character is his name, Boris Von Yelsing. He’s hell-bent on putting an end to the vampiric outbreak in small town America but he has to hope the druggies and bikers lurking around town don’t get to the girls first. 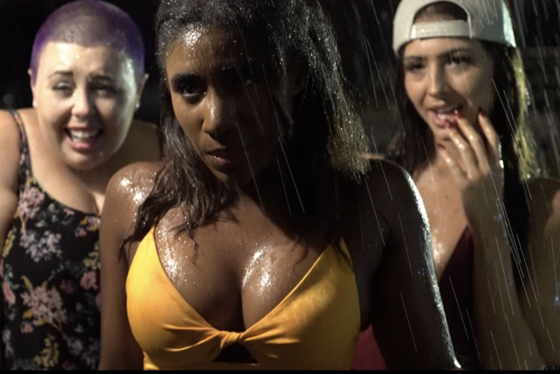 I really appreciated the grindhouse vibes and heavy rock soundtrack throughout the film. A nice Dio reference by an actor wearing perhaps the greatest mullet wig in the history of cinema put it over the top. It was a fun film with a lot of enthusiasm. If The Craft were directed by Harmony Korine, you might get Girls Just Wanna Have Blood. In doing some research after watching the film, I learned that a lot of scenes were shot at local businesses in exchange for product placement or business shout-outs. The creative team behind the camera deserves major kudos for this. There are no excuses when it comes to making an independent horror film guerilla style and this team made the best of their financial restraints and managed to sew together a relatively thorough story.

Catanese has several low-budget horror flicks under his belt. He’s written a large chunk of his directorial efforts, too. While that’s the dream of a lot of filmmakers, it’s this reviewer’s opinion that future projects would do well to get a different voice in the room. Catanese is clearly a devout horror fan and he’s got the wild imagination you want to see in indie flicks. I feel as if his scripts could use a thorough once-over before the camera starts to roll. A well-written script can always mask shortcomings in the budget and acting departments. A shaky script can only magnify these issues.

With an almost non-existent budget and amateurs across the board on the cast and crew, Girls Just Wanna Have Blood never pretends to be what it isn’t. There are no attempts to make us really like any of the characters. It’s the drug-hazy, loud and vibrantly colored fever dream you’d expect with a title like this. A wise rock-n-roll howler once wailed, “If you want blood, you got it.” This movie has plenty of it and deserves a pair of devil’s horns for its efforts. But you may want to wait for that all-night movie marathon to check this one out. 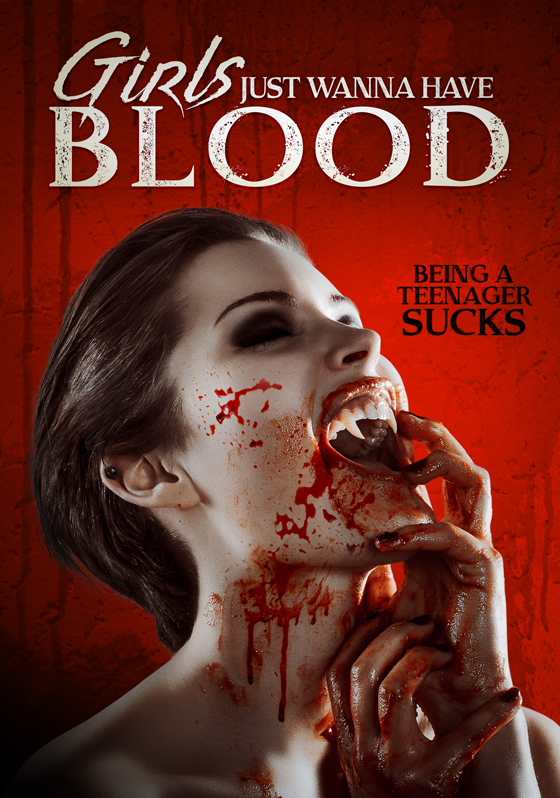 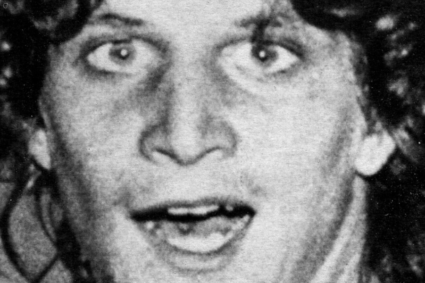