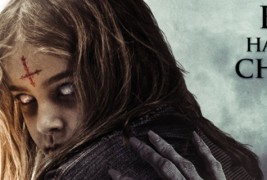 I have a special place in my heart for what I like the call the “haunted kid” film. Parenthood, rife as it is with anxieties and high stakes, is fertile ground for horror, and some of my favorite horror movies have staked their claim there. It doesn’t matter how many times you watch it, or how many of the same tropes are employed – the setup stays chilling: young parents, a home where creepy and unexplained events are happening, a child who is not quite “right.”

This well-worn path is what Bryan Coyne chooses to walk with his film Infernal, which tells the story of 8-year-old Imogene, a (possibly) autistic girl, and her parents Nathan and Sophia. The family you see is one slowly coming apart at the seams: a daughter who is just not-quite-right; a mother who is resentful of her child’s neediness and the sacrifices to her life that represents; and a father who’s trying to keep it together but is clearly in over his head.

And then there’s the little matter of the demonic forces creeping in to influence Imogene. And not in a subtle, ambiguous, maybe-there’s-still-a-rational-explanation sort of way, but in a full-on, in-your-face, holy-shit-there-is-a-demon-in-your-closet kind of way.

The film is told through a series of found-footage vignettes – a curious artistic choice, and one which simultaneously works beautifully yet hardly works at all.

The problem with the found footage device, of course, is that it often fails to make any sense. The camera jumps perspective frequently, from one angle to another (just how many cameras does this family own?) and wobbling and zooming for no apparent reason (why is someone even holding this camera instead of just putting it on a shelf?) and showing things that probably should not have been on tape (seriously, dude, why did you not turn off the camera?). And, of course, there’s that problem of the fourth-wall: The footage has obviously been edited at some point between it being filmed and the audience watching it, but who – in the film – did so? Why?

But I’m willing to forgive all of these issues.

Because, for one, if you can manage to suspend your disbelief and stop questioning the logistics of the footage, the movie feels authentic. These characters don’t feel like actors; they feel like real people who respond to things in perfectly honest, believable and often very flawed ways. The film lacks polish, and I think that’s actually a tremendous strength. Within minutes, I really felt that I was watching real people trying to make the best of their very rough real life, and that made the third act almost unbearably terrifying.

And that, of course, is the other reason I’m willing to forgive Infernal for its technical ailments: Because there are more than a few genuinely spooky moments. Because, at times, I realized I was forgetting to breathe. And can you really ask for anything more?

Infernal is a movie that leaves a lot to subtext. As we eavesdrop our way through the film, the characters refuse to give us exposition, leaving us to draw our own conclusions and provide our own explanations. And it’s here, in the white space, the empty places between the scenes, that the full impact of the film starts to resonate. And for me at least, that effect was haunting.

Watch Infernal. Be patient with it. And maybe buy a lock for your closet door. 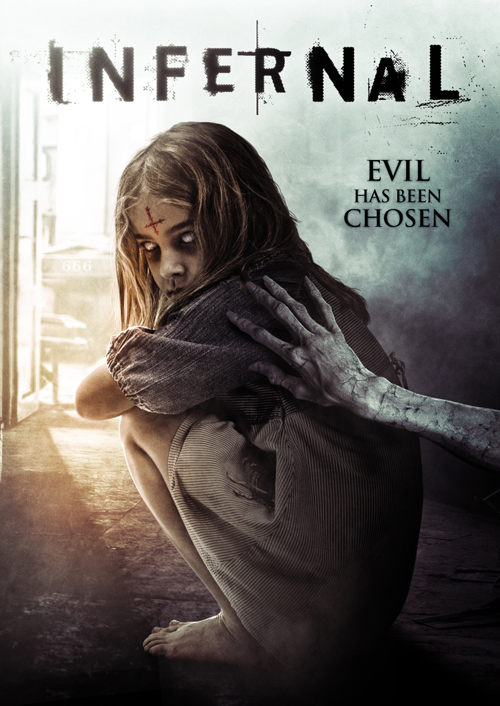