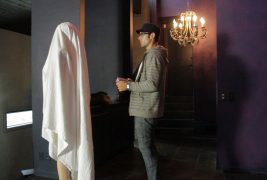 It Watches is directed by David Parker and written with Ivan Djurovic, who also stars in the film as the mysterious Andre.  The film follows Andre who is recovering from a car accident and does not remember many details of his life due to the crash.  The film opens with his friend Robert (played by Rick Irwin) bringing him to home to house-sit for him so he can meet a professional obligation.

Once Robert leaves we are left with Andre wandering around the genuinely eerie house, filled with mannequins covered in white sheets.  This section of the movie lasts for roughly 15 minutes and is comprised of Andre talking to himself and recording video messages for himself as his therapist had recommended.  While this section of the film runs long it’s crucial for the audience to acquire a sense of the house’s layout.  The mystery of this house and Andre’s past are teased through clever and never heavy-handed foreshadowing.

Just as the film begins to drag a bit, Rachel (Sanny Van Heteren) arrives for a date with Andre.  From this point on the carefully crafted threads begin to come together and the movie becomes more difficult to review without giving away spoilers.  The film is most effective when we—like Andre—have no sense of what’s really going on.  Andre provides an unreliable narrator for the audience with a combination of his amnesia and heavy drug use.  This leaves us not knowing if he’s crazy, high, or if there is a supernatural element at play.

Aside from a single misdirect that stands out sorely, It Watches is an incredibly satisfying and creepy horror mystery.  Dave Parker’s direction wrings tension from nearly every scene with a combination of camera movement and teasing details.  The script unfolds in a way that gives horror fans everything they would want, while never feeling cheap and derivative.

If you’re looking for a mysterious horror film with a satisfying conclusion you should check out It Watches.  And then check out Parker’s The Hills Run Red—a criminally under-seen masterpiece. 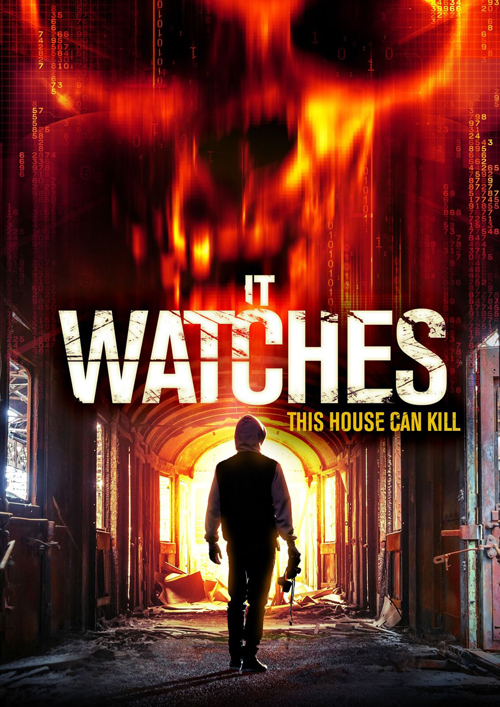