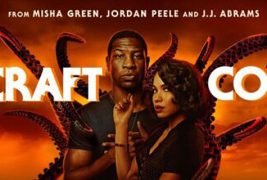 It’s a great time to be a fan of H.P. Lovecraft. If you want proof, just look at all the controversy over his racism.

Hear me out, fellow cultists. I’ve written elsewhere about parsing Lovecraft’s antisemitism as a Jew (TL;DR, it was a rare instance of malignant illogicality on the part of a generally decent, logical man), and I don’t think bigotry is the animating spirit of his work. Indeed, petty racial hatreds run counter to his cosmicist philosophy of humanity’s complete insignificance before a vast and indifferent universe. The idea that we fans are perforce racists simply for enjoying his work is reductive stupidity, but the controversy is good, because for perhaps the first time since H.P. Lovecraft’s death in 1937, the world outside of horror fandom is taking him seriously.

In 1945, the archetypally pompous literary critic Edmund Wilson dismissed Lovecraft’s canon as “bad taste and bad art.” And the literary establishment agreed. Lovecraft’s writing lived in an uncomfortable backwater—too weighty and enduring to be dismissed as hackwork, but too weird for an intelligentsia increasingly concerned with simply reproducing the mundanities of daily life. In 1982, Robert Bloch lamented in his introduction to The Best of H.P. Lovecraft: Bloodcurdling Tales of Horror and the Macabre that compared to the work of L. Frank Baum or J.R.R. Tolkien, Lovecraft was almost completely unknown. I started reading him at 13 in the mid-‘90s, and I encountered self-proclaimed horror fans who had never heard of him.

No longer. The stars are right. And while our culture wars have come for him (as they seem to come for everything), people are talking about the Master and beginning to give his work the consideration and analysis it deserves. I’m as tired as anyone of rehashing the racism debate, but that’s no small thing. And the discussion isn’t all negative. Just look at HBO’s new series, Lovecraft Country.

Based off the 2016 novel by Matt Ruff, Lovecraft Country offers us something rare and interesting: a Lovecraftian story told from the perspective of black characters. Developed by Misha Green (Underground) with Jordan Peele (Get Out) as an executive producer, Lovecraft Country showcases the cosmic horror of its namesake as well as the very human horror of life in Jim Crow’s America.

Episode 1, directed by Yann Demange, introduces us to Atticus Freeman (Jonathan Majors, Da 5 Bloods), a black Korean War veteran and science-fiction fan who receives an enigmatic letter from his estranged father, who for reasons unknown has departed for the rural Massachusetts town of Ardham. Atticus’s Uncle George (Courtney B. Vance, The Mummy, Isle of Dogs), an author of a series of safety guidebooks for black drivers (based on The Negro Motorist Green Book), is planning a research trip for the newest edition and agrees to drive Atticus to Ardham despite its reputation as a “sundown town,” where any black travelers lingering after dark risk lynching. Joined by fellow science-fiction fan and singer Letitia “Leti” Lewis (Jurnee Smollett-Bell, True Blood), they embark on a journey from Chicago that will ultimately land them in a tangled New England woodland filled with human evil in the form of Sheriff Eunice Hunt (Jamie Harris) and eldritch terror. 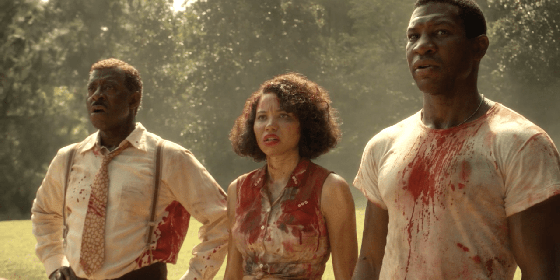 It’s a solid pilot, carried by Demange’s strong sense of pacing and the likeability of its leads. Majors and Vance have a real synergy, bringing a touching depth to Atticus and Uncle George’s relationship which nevertheless hints at the kind of unhappy familial secrets that fascinated Lovecraft. They may not be New England professors, but they riff interestingly on classic Lovecraftian archetypes—the troubled veteran fascinated by the fantastic (a la “Pickman’s Model”) and the writer and intellectual who pries too deep for safety and sanity. Smollett-Bell gives Leti a sexy intelligence while hinting at a troubled past. Lovecraft would never have written a vivacious female singer as a character, but she makes a nice addition.

The only real flaw I find in episode 1 of Lovecraft Country is that for all its small towns and deep woods, it lacks the regional feel that makes Lovecraft’s New England so memorable. While Harris channels a potent menace as Sheriff Hunt, it’s distracting to hear him and his Yankee posse speaking in Southern accents. Rural New England isn’t the rural South, and it’s disappointing to see a show with such originality otherwise play to such a predictable type. I can only hope that as the season progresses Lovecraft Country begins to feel a little bit more like, well, Lovecraft Country.

If all this sounds like a sermon thinly disguised as a horror story, it’s not. Lovecraft Country crackles with tension, whether the protagonists are being chased by lynch mobs or bloodsucking abominations. It’s a chillingly honest portrayal of American racism, but Green’s love of genre horror animates the show. And while she’s been upfront about her mixed feelings on HPL’s legacy, Lovecraft Country shows due respect for his aesthetic. Genre tropes and social commentary complement rather than distract from each other.

I call Lovecraft fans “cultists” with tongue in cheek, but fandoms aren’t so different from religions. They have their foundational texts, their rituals, their schisms, their prohibited blasphemies, and they inspire fervent and sometimes life-altering devotion. Lovecraft changed the way I thought about the universe, but his ideas are durable enough to survive alternate takes and different angles. The subject of Lovecraft and race has generated a lot of hot air, virtue-signaling, and tedious callouts, but there’s wheat in that chaff, and Lovecraft Country approaches the dialogue with honesty, artistic integrity, and respect. I look forward to episode 2.