Life is a constant calculation of risk and rewards. We are presented with choices from time to time and the decisions we make can lead to wildly divergent outcomes. Should you take the highway, or the backroads? One route may be faster, but full of gridlock. The other may be slower, but free of congestion. Risk and reward.

At other times in life, you may be presented with the decision to inject a lab-rat with a mutagenic growth serum. On the one hand, you may treat otherwise incurable diseases. On the other, you may unleash a giant homicidal rat upon an unsuspecting populace. Risk and reward.

After escaping captivity, and killing the scientist conducting the growth experiments, a giant rat stalks the streets to massacre waitresses and bartenders in alleys. It’s up to a zoologist and the scientist’s widow to piece the clues together and stop the wild animal before it’s too late.

I took a gamble on this one. The risk was watching a movie so mind-numbingly terrible that I would have nothing kind to say about it. The reward was potentially being one of the first in line to see the next great Creature Feature bloodbath. In the end The Mutation did not meet either extreme.

While not the worst movie I’ve ever seen (and I’ve seen more than my fair share), The Mutation never quite lives up to the potential of what it could be. The backbone of the low budget monster movie is in the attack sequences. Yet, these are too few and too short to keep the audience interested. The slashing of claws across the face and neck of the victims grows tedious after the first few times. A movie has to up the ante as far as carnage goes in order to keep things interesting.

Unfortunately, The Mutation never quite manages to tread beyond its minimalist attack sequences, despite several opportunities to do so. A little more creativity is displayed as the final showdown develops, but by then it’s a bit too little and a bit too late. 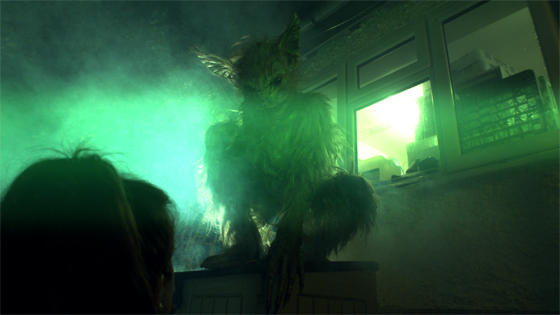 The visibility of the creature is also a hindrance. The face is quite detailed and visually interesting, so the choice to put it on full display is understandable. However, by presenting the creature in full body shots, and under bright light, the film undermines itself by violating one of the most basic guidelines of the monster movie: Keep the monster in the shadows.

Tension and genuine scares may not be the name of the game for this kind of movie, but little favors are done for the overall mood when it’s clear within the first few minutes that the mutated creature is just a man in a fuzzy costume. More time spent on creative lighting and camera angles, along with tighter editing of the attack sequences, would go a long way toward improving the overall quality of the production.

The other backbone of a monster movie is in the performance of the actors, and I am pleased to say the performances are enjoyable. The key to a film like this is its characters delivering their lines earnestly. No winking at the camera and no hamming it up. The characters must take their plight seriously, no matter how ludicrous it may be.  On that front, the cast does a great job. Just as my attention would start to drift, someone would drop a truly stunning line such as, “We’re not thinking this murder was committed by another human,” or “You brought a gun to our anniversary dinner?” And they would once again earn my undivided attention.

These moments don’t come quite often enough, but when they appear, it is cinematic perfection. I wish there were more of them.

In the end, that’s the crux of the issue with The Mutation. All the ingredients necessary for some great, bloody monster madness are present. Between the plot, the creature, the effects, and the performances, everything that’s needed is there. There’s just not enough of it.

For a story about a wild mutated animal, the movie seems almost timid. It’s as if The Mutation is scared to push things to their logical extreme…as if it’s scared to take a little risk. 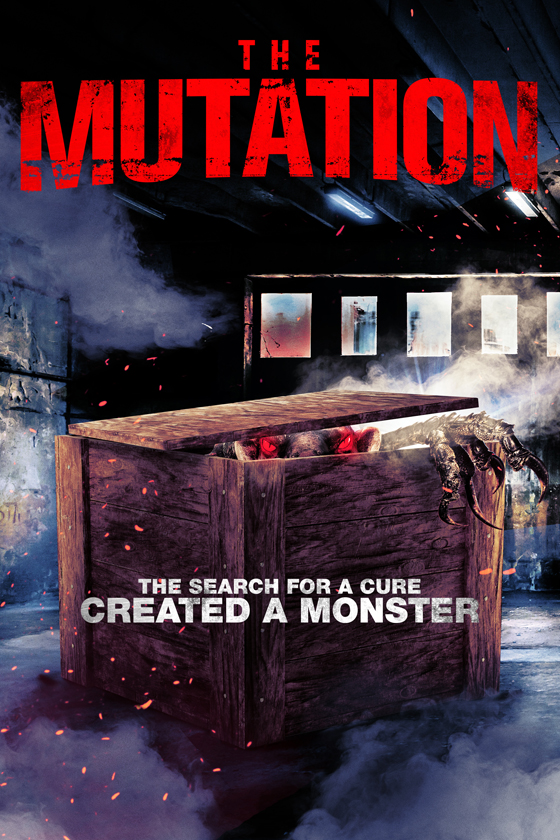