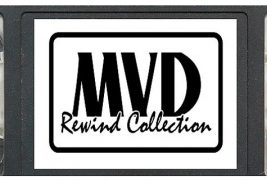 The first collection will debut in December 2017 with special editions of the punk documentary classic D.O.A.: A Right of Passage and Attack of The Killer Tomatoes on two-disc collectors’ sets.

MVD Rewind Collection 1 is due to arrive on December 8, 2017.  To get the graveyard dirt on the first two of these fine releases, read experts from the official press release below, Horror Fans…. 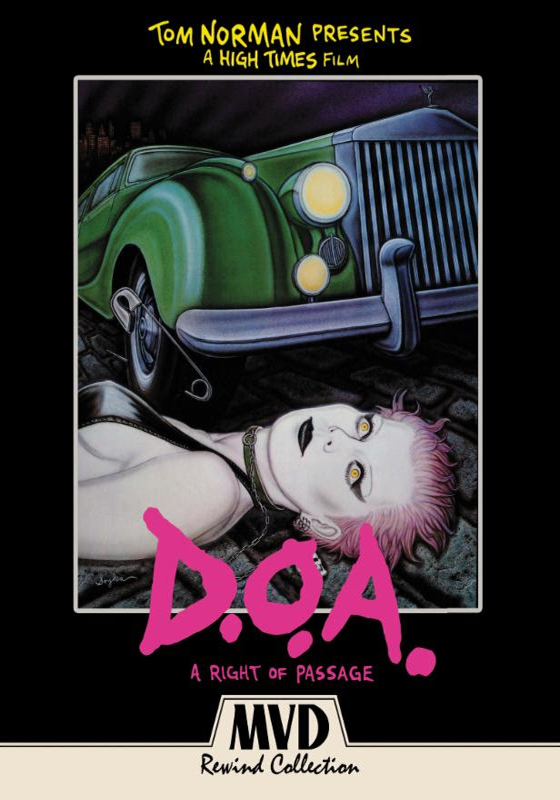 D.O.A.: A Right of Passage is the ground-breaking classic “rockumentary” about the origin of punk rock. Centered around the Sex Pistols 1978 tour of the United States which ended with the group breaking up, the tour was the only one the Pistols played in the United States.

Director Lech Kowalski (East of Paradise) followed the band with handheld cameras through the clubs and bars of their seven-city U.S. tour. Mixing this with footage of other contemporary bands, trends in the fashion capitals and punks of all shapes and colors, Kowalski captured a grainy, stained snapshot of the punk movement at its peak (which includes the now famous footage of Sid Vicious and Nancy Spungen in bed) along with rare interview and concert footage of the late seventies punk rock music scene.

With live performances by the Sex Pistols, The Dead Boys, Generation X (with Billy Idol), The Rich Kids, the X-Ray Spex, and Sham 69, along with additional music from The Clash and Iggy Pop, this iconic documentary is now available for the first time ever on home video in this 2-Disc set!

ATTACK OF THE KILLER TOMATOES 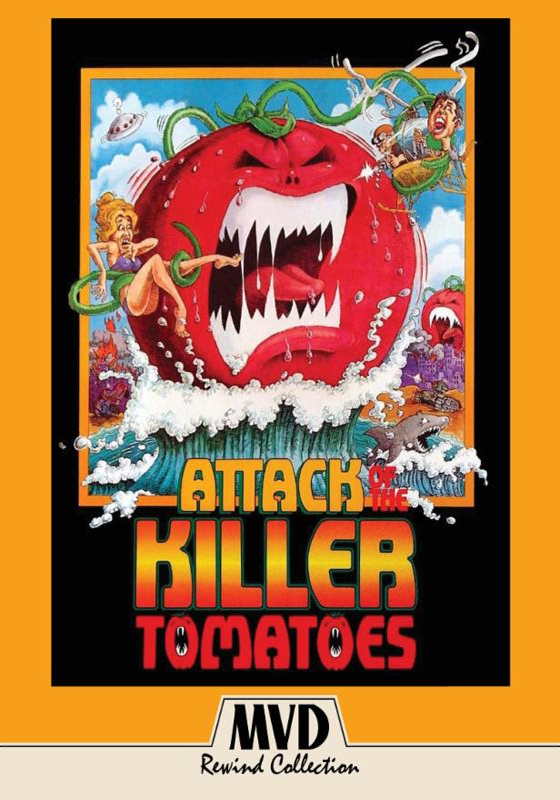 UFOs! Bigfoot! Communists! The government has swiftly dealt with many a crisis… But can it survive the diabolical ATTACK OF THE KILLER TOMATOES?

Just when you thought it was safe to go back in the supermarket, you’re face to face with terror so bold, so frightening it has never been seen on-screen before or since (not until the sequel, anyway).

After a series of bizarre and increasingly horrific attacks from pulpy, red, seeded fruit, Mason Dixon (David Miller) finds himself leading a “crack” team of specialists to save the planet. But will they be quick enough to save everyone? To save you?

You can’t run! You can’t swim! There’s nowhere to hide!

The killer tomatoes are everywhere!

–        “Crash and Burn” (3:40, SD) is a discussion about the famous helicopter crash that could have killed everyone because the pilot was late on his cue

–        “Killer Tomatomania” (4:33, SD) is a smattering of interviews with random people on the streets of Hollywood about the movie

–        “We Told You So!” (3:07, SD) takes a hard-hitting look at the conspiracy of silence surrounding the real-life horror of killer tomatoes

ATTACK OF THE KILLER TOMATOES

The MVD Rewind Collection is the brainchild of MVD Entertainment Group’s Eric D. Wilkinson and the home entertainment team. Wilkinson not only manages acquisitions for MVD, but is also personally overseeing this new line of product for the company…

“Having spent the last year curating and pouring over every last excruciating detail of these releases, I’m really excited to share these with fellow collectors. Most of these will be on Blu-ray disc for the first time here in North America and some of these (like D.O.A.) have never been released on any format. Each of these numbered collector’s edition sets will include plenty bonus material and supplemental features. Our plan here at MVD is to approach the “Rewind Collection” not just as packaged media releases, but also like the popular, collectible trend category.

With video stores being a relic of the past, collectors are building their own libraries and are now basically turning their basements into their own, personal video stores. Our goal is to create something that you can display right alongside your action figures, posters, figurines and collectibles. We intend to use original artwork (either the theatrical or original VHS key art) on all of our releases whenever possible (unless it’s really, really bad). Each release with have a limited-edition slipcover that will have a stylized, weathered look as if it’s been sitting on a video store shelf for years, complete with wear and tear, stickers and more. In addition, our titles will include a four-fold mini poster of the cover art on the inside too. Most collectors like me, attend cons, autograph shows or horror conventions and it’s nice to have a frame-ready poster to get signed. Some of our releases will include reversible artwork; some may have booklets with liner notes along other collectible goodies. And the MVD Rewind Collection isn’t just focusing on one genre.

The MVD Rewind collection will encompass ALL genres. If its “classic” (and I can get it) we’ll try to put it out! I’m a dedicated collector of movies on disc, with over 8,000 plus discs in my collection and I want collectors to know that the MVD Rewind Collection Blu-ray + DVD sets are being overseen by a collector and I will do my best to create the kind of releases you will look forward to adding to your collection every month.”