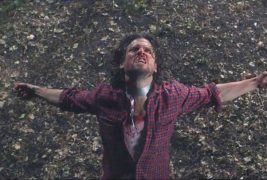 The film crew on The Perfect Husband had every reason to feel good after the wrap. They had a pretty good script, a visionary director in Lucas Pavetto, a gorgeous setting and two attractive leads in Gabriella Wright (as Viola) and Bret Roberts (as her husband, Nicola).

It’s a shame, then, that a bit of sloppy editing and a rushed ending make the whole less than the sum of its parts. They combine to turn The Perfect Husband into an imperfect film.

That doesn’t mean it’s junk. On the contrary, there’s enough meat on these bones to earn a gasp here, a gulp there and, for the most part, eyes glued to the screen.

We begin with a trip. It’s clear something is amiss with this couple. Some kind of tragedy has befallen them, so they plan a getaway at a remote cabin belonging to Nicola’s family. It’s there they hope to repair a strained marriage. To that end, Nicola — the perfect husband, as it were — takes the lead by preparing dinner, popping the cork on champagne, doing whatever seems necessary to cheer Viola and ignite the passion they once shared.

But romance is tough to come by. Viola plays the bitch card at almost every turn, coming oh so close to intimacy with Nicola only to pull the plug, leaving him frustrated, befuddled and seemingly on the cusp of malevolent anger.

Seemingly. Viola’s own actions are such that you begin to suspect not all is as it seems. There’s a twist coming, and better editing might have held the suspense in check until it was shock worthy. Instead, most viewers will begin to discern the madness afoot too early to make it anything other than anticlimactic.

Without giving too much away, the aforementioned tragedy becomes clear in short order: Their baby died in childbirth. It appears Nicola is privately taking medication while Viola is smoking in secret and receiving therapy of some sort. None of this is shared in dialogue; instead, the two go about their business as if time away will solve all problems.

Uh, not quite. Things rapidly deteriorate between the two until we’re left with a deadly cat-and-mouse chase through the woods that proves most unfortunate not just for our married duo, but for a ranger and a gipsy of sorts.

As for that twist, Pavetto does his best in using it to tie up all loose ends. But again, it’s a somewhat predictable twist — so much so that the conclusion hits like a whirlwind and comes across as contrived.

There are a few other peculiar failings along the way. While this is an Italian film (but with English dialogue), the ranger and gipsy seem to have Australian accents — at least to this reviewer’s ears. And since when has a Praying Mantis become capable of slashing a human face?

But enough nitpicking. The Perfect Husband performed well at several film festivals for a reason. As Tolstoy said, “If you look for perfection, you’ll never be content.” So, imperfect as it is, this flick has just enough going for it to make it worth your time. 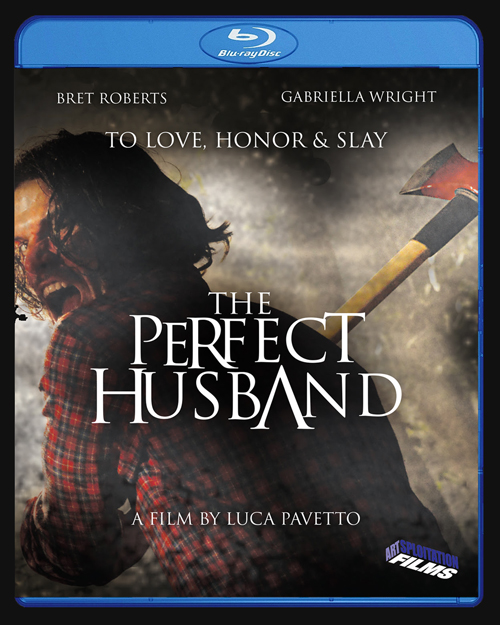