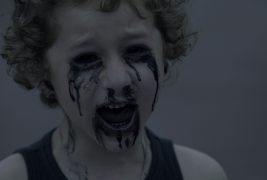 The current leaders in bringing us the newest challenging horror and exploitation flicks the world has to offer is far and away Artsploitation Films and come August 2nd they will deliver the ultra-unnerving horror tale Observance. Read the full press release and watch the trailer below, Horror Fans….

With the dread-infused claustrophobia of Polanski’s The Tenant, the taut voyeurism of Hitchcock’s Rear Window, and the horrific visuals found in the works of Cronenberg, Joseph Sims-Dennett‘s Observance is one seriously intense thriller. The psychological horror tale involves a private detective who, hired to watch a woman across the street, begins to experience a violent mental breakdown.

Atmospherically creepy and visually unnerving, Joseph Sims-Dennett’s startling feature film debut follows Parker, a young man in the grip of grief following the death of his young son, his marriage on the rocks and nearing bankruptcy, reluctantly returns to work as a private investigator. His assignment it to observe a woman from an abandoned apartment, and as her watches bizarre happenings surrounding her, he slowly becomes aware that the derelict building he is in has a dark presence which slowly threatens to consume him. A frightening horror tale of a man spiraling into madness.

The English-language Observance will be released on DVD and Blu-ray (and exclusive streaming on Vimeo) August 2, 2016, and on most major VOD outlets beginning October 11th. 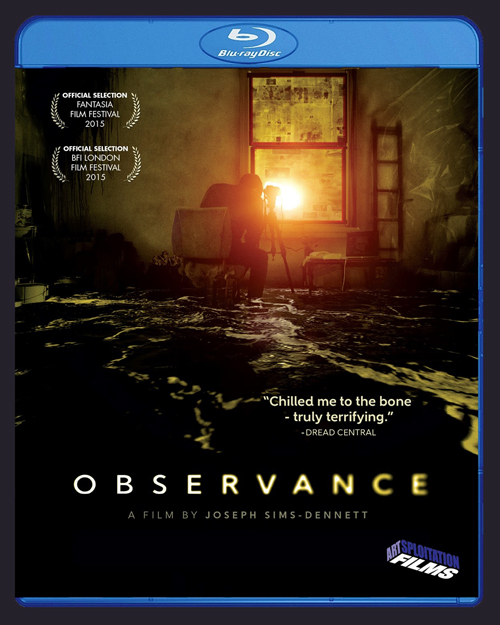