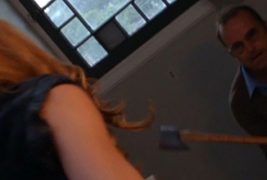 Whew. So, I just finished watching Psychos, written and directed by Sandy Chukhadarian, and I’m left with one of those ‘WTF did I just watch?’ buzzes. I’m not going to lie, I wasn’t sure what to expect from this film once it started.  The beginning of the story made me feel a little unsure, and I wasn’t holding my breath for it to pick up and turn into something worth a damn. Needless to say, I’m glad I decided to stick it out. Psychos is a tale of revenge that isn’t super reliant on gore, but it’s horrific in its own special way. I dug it, and I think you might, too.

Basically, we’re introduced to three young women who have one disturbing thing in common. We find out that a decade ago, they were all held captive as children by a deranged husband-and-wife team. Terrible sexual abuse took place, and to make matters worse, it was recorded onto DVDs for ‘safe keeping.’ Eventually, the girls were able to escape from the house of horrors, and each went her own way. Now grown, we see that one of the girls has become a kindergarten teacher who likes to threaten little kids with locking them in closets when they misbehave. This behavior shockingly winds up getting her fired. Another is a med student who’s got issues with super sharp knives and rats. Lastly, the other is an alcoholic hooker. Hey, we all have to have goals, right? They’ve all seemed to repress their memories of their pasts, but maybe not enough.

Out of the blue, videos showing the horrible acts that the girls endured as kids start being sent to their smartphones. Who’s sending them and why? Research is done, and the girls are able to reconnect with each other, but reuniting doesn’t feel so good after all since they don’t appear to be thrilled to see one another. Spoiler alert!!  They also find out the videos are being sent from the house where they were tortured, so naturally, they make a plan to return to it. Of course, this is a good idea! So, once they find the house and stake it out, they see that their former captors still reside there. Kind of weird that they didn’t get locked away in prison or somewhere for a really long time, eh? As soon as the girls see the homeowners take off for an afternoon drive, they make their move. They break into the house and search around, albeit sluggishly, to find the DVDs which have haunted them. However, plans change drastically once the homeowners’ car pulls into the drive sooner than expected, and the front door opens.

I’m going to keep this one short and sweet. Since I’ve already said that this is a revenge film, I’ll tell you that secrets are revealed, a bit of brutal mayhem takes place and then there’s the final showdown between the girls and the couple, but it doesn’t go at all the way you’d think. There are quite a few unexpected twists and turns from this point until the very end that keep things pretty interesting.  As I said earlier, there’s not a ton of blood and guts in this one, but there’s a decent spot of dismemberment set to some lovely operatic music. There are even a couple of gardening tips shown, if you’re into that kind of thing.

Wrapping this up, I think Psychos is a really dark, really enjoyable film. The writing and acting are both well done. The story is compelling and it messes with your mind enough to make you squirm a little while watching the film and even after it’s over. The gore effects are pretty decent.  So, if you’re looking for something a little different and disturbing, then absolutely give Psychos a watch! 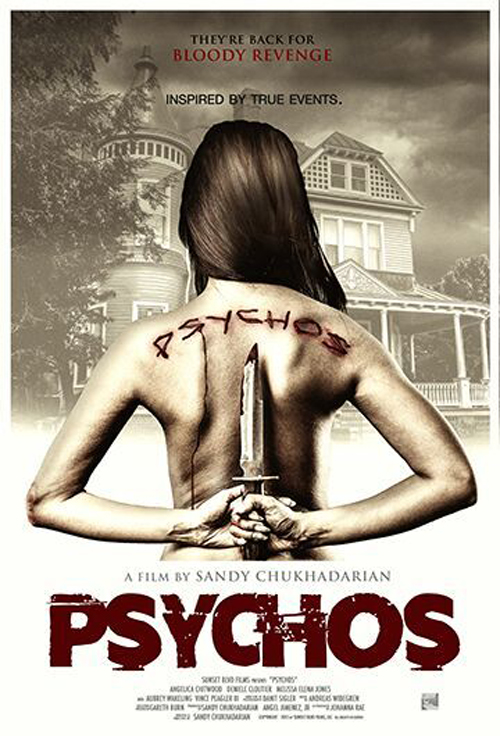