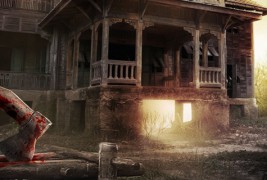 When I first read the synopsis for Redwood Massacre, the newest release from Uncork’d Entertainment, it sounded like it could either be a hit or a miss. I mean, if you’re a regular movie watcher, how many times have you seen the following scenario? Friends go out camping near the site where a murder took place many years prior. Then, shortly after, “they all disappear one by one….”

Of course, this is a formula most of us have seen, especially with slasher movies of the 1970s and 80s. Therefore, if a group of filmmakers are going to follow this particular trope, they had better bring something new to the table. It’s an absolute must despite that it’s said that everything has already been done at least once. So I was interested to see what director/editor David Ryan Keith was going to bring to this one.

It’s immediately apparent that much skill or money (or both) went into the production which is a promising sign. We see a young woman making her way through the woods, obviously frightened and attempting to escape from a harrowing situation. The actress in this scene is quite good; yet another promising aspect to the film. Before long, the masked killer catches up to her and we’re treated to a rather brutal killing. And I will add that the killing is also a positive sign of things to come.

Next, we meet a group of young men and women who are beginning a camping trip. They plan to stay overnight at the notorious Redwood house—a house at which gruesome murders were said to have taken place many years ago. Keith and company waste no time. Murders start happening right away, thus making for a rather fast-paced plot.

Later that night, as the group sets up camp on their way over to the Redwood house, we gather around a campfire to hear the history or legend behind Redwood. The story goes as follows:

The Redwood house was once inhabited by a farmer and his family. As time went on, the farmer began hearing voices that seemed to be coming from the field (at one point the voices seem to be coming from a scarecrow there). It’s speculated that perhaps the farmer simply went mad, but the rest of the story offers something a little bit different.

One day, after being prompted by the voices, the farmer took up an axe and murdered his wife. Throughout the murder, he seems possessed by an evil entity (especially as he starts eating her alive). After his wife breathed her last breath, he turned on his kids, a son and a daughter, and murdered them in a similarly grotesque fashion. Then, after burying his son, the farmer took his own life.

When the authorities went to dig up the boy’s grave, the son’s body was missing and nowhere to be found. According to legend, the boy is said to have risen from the grave and is out in search of revenge. 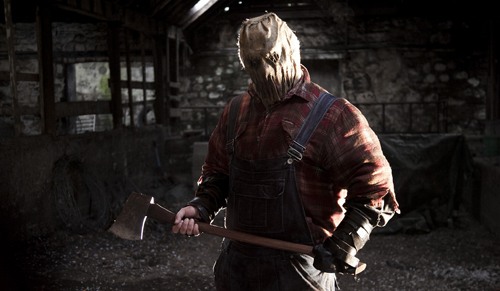 After the campfire story, we cut to the following morning. Two members of the group are missing. And that’s where the plot starts to thicken, taking on many twists and turns.

Again, many horror fans have seen this formula before and because of that, these types of films can either be hits or misses. The foremost things Redwood Massacre has going for it is high high production quality and its strong cast. Then we’re shown slayings that will make even a hardened horror buff cringe. Redwood Massacre has plenty of that. In fact, the killings are downright brutal, bloody, and extremely gruesome. There is one particular killing (that I won’t give away) during which I had to look away from the screen. So, case in point, if you like your movies bloody, you will not be disappointed.

Other keys to success for movies like this one are plot and pacing (in other words, a well-written script), and good character development. Redwood Massacre is a well-written movie and while the characters aren’t terribly deep, each one has his or her own distinct personality and you can find yourself empathizing with them, hoping they’ll survive until the end (or not).

Last but definitely not least, the killer has to have elements that make it one that causes viewers shrink back at in their seats whenever he or she enters the picture. The best way to describe the masked killer of Redwood Massacre is having the bloodlust of a Jason (Friday the 13th), the brutality of Leatherface (The Texas Chainsaw Massacre), and the diabolical scheming and quiet-but-eerie intelligence of Michael Myers (Halloween).

David Ryan Keith had a real challenge on his hands to assure his film was not just another slasher flick. He, along with his highly competent cast and crew, was quite successful at doing just that. And special kudos to Leah Kardos, who manages to compose an excellent film score that beautifully accompanies and complements the events in the film, giving what’s taking place on screen even more dynamism and atmosphere. If we were working on a star system here (we’re not, but go ahead –ed.), I’d give Redwood Massacre five out of five.

I highly recommend it, especially if you’re a fan of Hostel, The Texas Chainsaw Massacre, and Friday the 13th.

You can check out more information on the film at the Redwood Massacre facebook page: www.facebook.com/CheckItBloodyOut 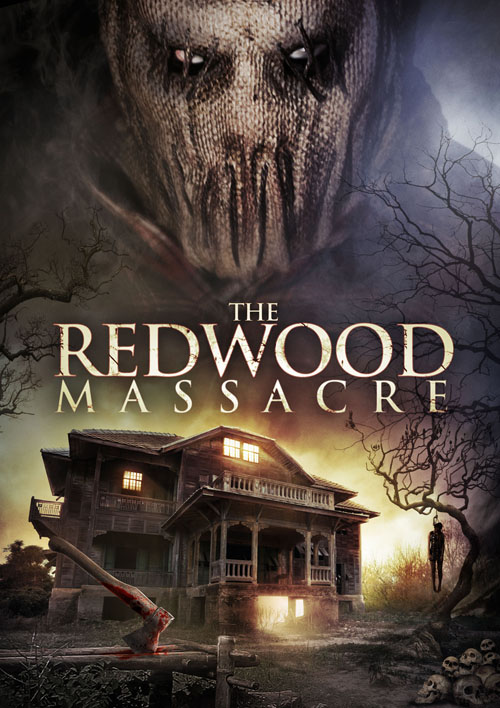