As they say about books, you can’t judge ’em by its cover. Ditto films by title.

So begets this little ditty ’bout Jam and dustpan (apologies, Mr. Mellencamp). You see, I’m ready to sweep up the remains of this horror-ble flick for which I regret volunteering this review.

Well, anything for Jason. But really …

Royal Jelly, from Uncork’d Entertainment and available on streaming platforms beginning Sept. 14, is about a high school outcast, her love of honeybees, and a supernatural transformation that will have most of you shaking your heads in bewilderment over the time you just wasted.

It is NOT, unfortunately, about or even akin to Roald Dahl’s short horror story, though both take their title from the honeybee secretion used as nutrition for larvae and queen bees.

Instead, we have the bespectacled Aster (Elizabeth McCoy) as the outcast, who springs from a dysfunctional blended family — caring father (Jonas Chartock), uncaring stepmom (Fiona McQuinn), and half-evil half-sis Drew (Raylen Ladner). Aster is ridiculed at school until a substitute teacher (Tresa, played by Sherry Lattanzi) turns the tables on the girl’s tormentors.

This begins an incredulously fast friendship of nerd and mentor, the latter of the two with intentions far beyond their inappropriate relationship. (I mean, how many teacher-student BFFs do you know?) After Aster’s bullying brigade destroys her home apiary, Tresa helps her get revenge, then spirits her away to a remote home where the two begin to set up their own network of beehives.

Now, Aster is away from home for days. Are school officials unnerved? Does the family issue an Amber alert? Does Aster even think something’s amiss when Tresa’s two heretofore unmentioned sons appear — at different times and with different purposes?

Nope. In fact, her family is never heard from again. For that matter so, too, her glasses. Halfway through the film, Aster’s specs disappear, never to be seen again. Let’s just assume her return to 20/20 vision is a miracle, similar to whoever conjured up the nickels, dimes, and dollars for this cinematic sin.

Am I harsh? You be the judge. First son Henry (Lucas T. Matchett) shows up at Aster’s window covered in blood or honey or goop or whatever. Does she ask him what’s up? No, they fall into bed for a clunky, totally unbelievable night of lovemaking. Next morning, no Henry. Enter second son David (Jake McCoy) dressed like a redneck cowboy. Why? We’ll never know.

What we do know is director and writer Sean Riley has created a plot (sic) so full of gaping holes one has to wonder if his ineptitude is purposeful. We do eventually kinda, maybe, possibly figure out Tesa is building some kind of human bee colony, but even that revelation is botched when the members of the colony show off their vampire-like fangs. Bees have fangs? Fangs so fake they look like they came right out of Spencer’s Gifts or, more likely, a bubble gum machine?

And then the wings. Oh my God the wings. I’ve seen better wings on the angels in a grade-school Christmas pageant.

OK, I’ve spewed enough venom. Time to say something nice. Something … something …

Can’t do it. Look, this is just one cluster-fluke of a movie. The dialogue is stilted and packed with so many awkward pauses not even a talented cast (as if) could elevate it to passable. Nothing smacks of reality. It’s not scary and not even unintentionally campy. It’s just one honey of a turd.

Royal Jelly is a royal mess, but I will close on one semi-positive note: The music ain’t half bad. 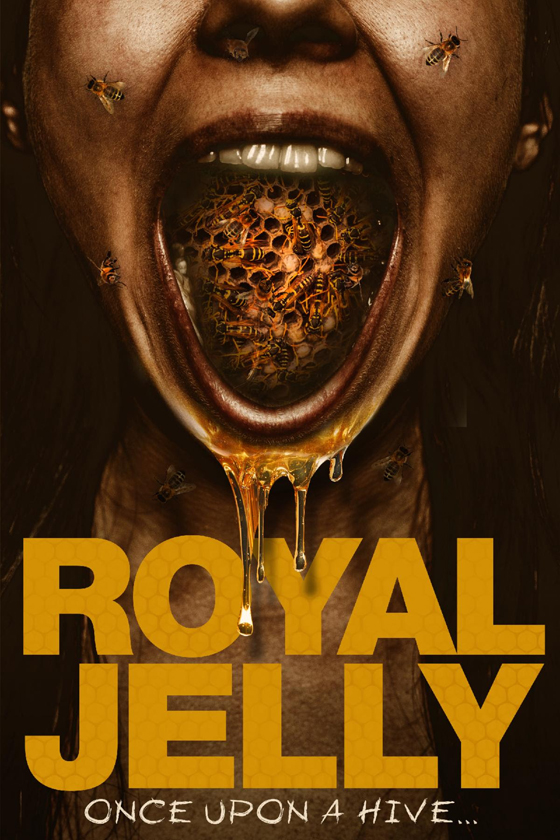