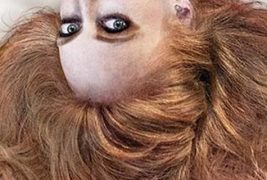 Why waste your considerable talents on She Rises, a low-budget, high-risk horror flick that had zero chance of success?

I’m talking about Angus Macfadyen (Braveheart, TV’s Turn) and Michael Biehn (The Terminator, Aliens, Tombstone), a pair of screen veterans who certainly didn’t need the paltry paycheck from this $300,000 pile of steaming celluloid.

A vanity project? Possibly, since Biehn and his life partner/co-star, Jennifer Blanc-Biehn, own the company that produced She Rises. And Macfadyen served as screenwriter.

This is such a hodgepodge, it almost defies description. But here goes:

Macfadyen plays Conor, a bloated actor both in ego and stature who’s traveling with his director, Kat (Blanc-Biehn), to a vacation rental in between shoots for a horror film. (Life imitates art, eh?)

They miss a turn, however, and end up at a remote farmhouse occupied by the seemingly sweet, naive, religiously devout Rosebud (Daisy McCrackin) and her possibly mute father, Daddy Longlegs (Biehn). With long hair, beard and heavy makeup designed to age him and up the scare quotient, Biehn is almost unrecognizable (lucky him).

Conor soon gives Rosebud, who’s quite enthralled by the presence of Hollywood hipsters, her very own #metoo moment when he reaches over to fondle her breasts. A perturbed Kat, meanwhile, insists they get directions and depart. But, of course, the car won’t start, so they accept Rosebud’s offer to stay the night.

That’s about the time all hell breaks loose. Fueled by alcohol and possibly drug-spiked food, we get a bit of sex, some ghostly visions and a whole lot of confusion. What could have been a novel conclusion comes off as a trite, predictable twist that serves not to satisfy but to subvert everything you’ve watched to that point in the film.

There’s a fine line between innovation and incoherence, and director Larry Wade Carrell manages to obliterate it. It’s part horror, part unintended comedy and wholly disappointing. He clearly had aspirations of creating something in the mode of a brilliant, head-scratching, David Lynchian tour de force. Instead, it has all the coherence of an Ed Wood tour de farce — without the charm.

It’s a shame, too, because he had the talent at his disposal to pull it off, save perhaps for McCrackin. Her acting here is so over the moon she might as well be behind the wheel of that Tesla roadster currently navigating the universe.

But while Biehn has little to do, Macfadyen and Blanc-Biehn struggle valiantly to carry this picture on their shoulders. Macfadyen in particular, while a bit hammy, has one extended Shakespearean monologue that underscores his skills. The dialogue also steals mightily from other films, from On the Waterfront to Spartacus to The Shining to Carrie, which is fun but a bit of a frivolous cheat.

Now, I know I’m likely in the minority here. This thing somehow managed to snare a couple of film festival awards. But they didn’t win them from me. If you like watching a director and crew fudge their way through what amounts to an improvisational, free-form, make-it-up-as-you-go-along project, feel free to indulge. It’s your time and money.

But the truth is different from the occasionally favorable press clippings. I mean, come on. She Rises? Uh, no. She Sinks … to a new low for an otherwise talented cast that should have known better. 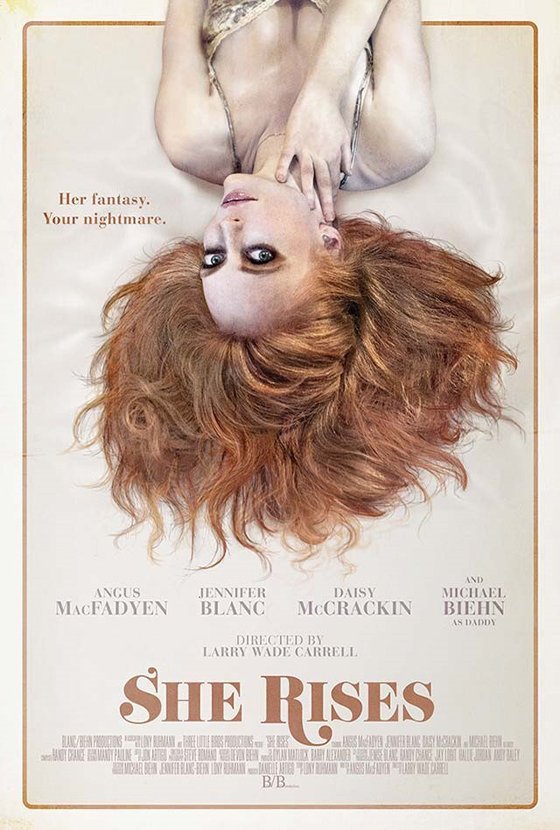