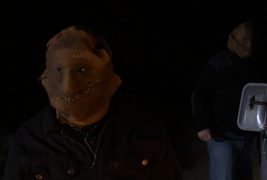 I love a good slasher film. You know, one where a group of ridiculously naïve people get offed by a psycho with mommy issues and no one lives happily ever after. Yeah, that’s my favorite go-to kind of horror flick. That being said, once I learned of the premise of Faouzi Brahimi and Bryan Brewer’s The Wake, I got excited. Did the excitement stay with me as I watched this film? That’s for me to know, and you to find out.

The Wake starts out promising. We’re introduced to a group of five friends who arrive at a gathering at a posh home in an upscale neighborhood. They’re dressed to party and are in an upbeat mood. The hostess of the event readily welcomes the group in and offers drinks and nibbles. Sounds like a good time, yeah?

Yeah, until we find out that the party is actually a wake for an 11-year old boy who was killed by a drunk driver. The gathering is hosted the boy’s strangely upbeat mother, who acts more like Martha Stewart than a grieving parent. Conveniently enough, the day of the wake also happens to fall on the deceased kid’s birthday, which may be an important something to remember as the story goes on.

As Hostess Mom is happily chatting and pouring glasses of champagne for the five friends, it’s revealed that this group of folks are the ones who are responsible for the death of the boy. Not much else is said regarding this once we find this out. Yet, after the champagne is downed, one of the members of the group starts to feel odd. A concerned Hostess Mom asks if they feel okay and runs to their side. Do you smell what this storyline is throwing down yet? End scene. 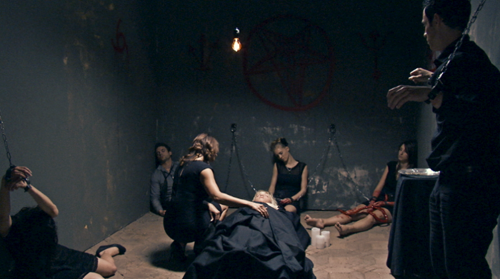 Next scene. The friends, including Hostess Mom, wind up drugged, bound and gagged, and separated throughout the house. Once they’re able to free themselves and find each other, they discover that one of their own is missing. Hostess Mom is just as clueless as to what’s going on in her own house…or is she? Oh, and for shits and giggles, there’s at least one burlap mask-wearing, knife-wielding psycho running around the house, because what’s a wake without one? Along with the masked madman in the house, every other typical horror cliché seems to come into play throughout the movie, so there’s a fair amount of blood and mayhem to feast your eyes on.

Anyway, I don’t want to give anything else away, so I’m going to wrap this up by saying that I was really expecting this film to go in a completely different direction than it does. I feel that it starts off with great potential, but loses its focus and momentum along the way. I also feel that because of the unexpected twist thrown in toward the end, it’ll gain a decent cult following once word spreads. Anyway, catch The Wake for yourselves and let me know what you think! 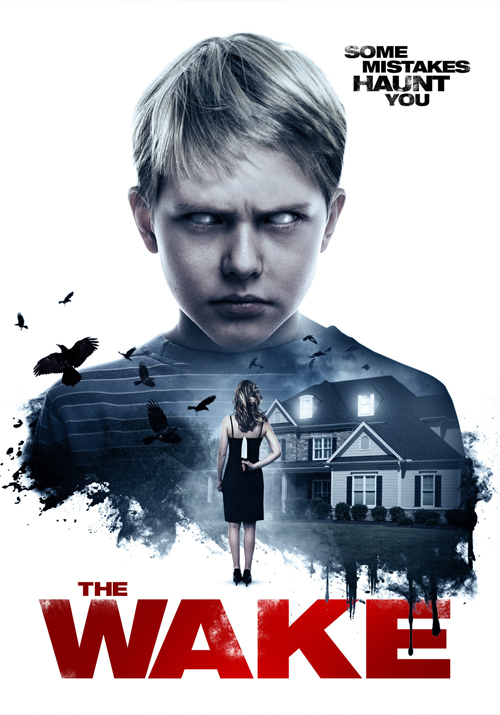