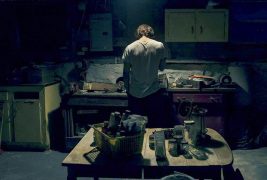 Have you ever sat down to watch a movie that manages, with creepy accuracy, to push every one of your buttons in such a way that it could only have been made by someone who had read your mind?

That was, more or less, my experience with watching They Look Like People, a 2015 indie release written and directed by Perry Blackshear.

Like many horror fans, I try to make a habit of watching a horror movie each day in October. After scrolling through an endless sea of possibilities on Netflix, I picked this one on a whim based entirely on the title. It reminded me of Clifford D. Simak’s eerie sci-fi story “They Walked Like Men,” and that was a good enough reason to give it a try. Boy, am I glad I did.

So: They Look Like People tells the story of Wyatt (MacLeod Adams), a down-on-his-luck guy who returns to the life of a long-time but recently estranged friend, Christian (Evan Dumouchel). It quickly becomes apparent that things are not right in Wyatt’s life, and that the troubles go deeper than the fiancé who left him. Each night, he is awoken by mysterious phone calls, messages providing instruction for an upcoming war and invasion of some terrible entity that infects people, turning them into monsters.

As the film moves forward, the story dances on a knife edge of tension surrounding Wyatt’s fears. Are these paranoid delusions brought about by stress or undiagnosed mental illness? Or is there truly some otherworldly threat looming that only Wyatt is privy to? The film doesn’t hold your hand through these questions, instead forcing you to consider them and make up your own mind, and the result is deeply unsettling in a way that few higher-budget films can manage to achieve.

What elevates They Look Like People above most other films in its class is the raw humanity at the heart of the story. Wyatt and Christian’s friendship is deep, authentic, and filled with the kind of love we so rarely see portrayed between straight men in cinema. It’s a film first and foremost about friendship, and the imperfect attempts of imperfect people to connect with one another and help each other through tough times as best they can.

Which is not to say that the film is lacking in scares. There are few effects, but those that exist are put to excellent use, taking you by surprise as they offer a brief glimpse into the hellish world that only Wyatt can see. The final sequence is desperately tense, a moment that genuinely had me biting my nails in anxiousness to see what would happen – tension earned not through a filmmaker’s psychological manipulation but through genuine concern for the characters built up over an hour-plus of an exquisitely told story.

This is not a showy film or one that will satisfy any cravings for guts and gore. It will, however, leave you thinking and – perhaps – questioning things you have always taken for granted. 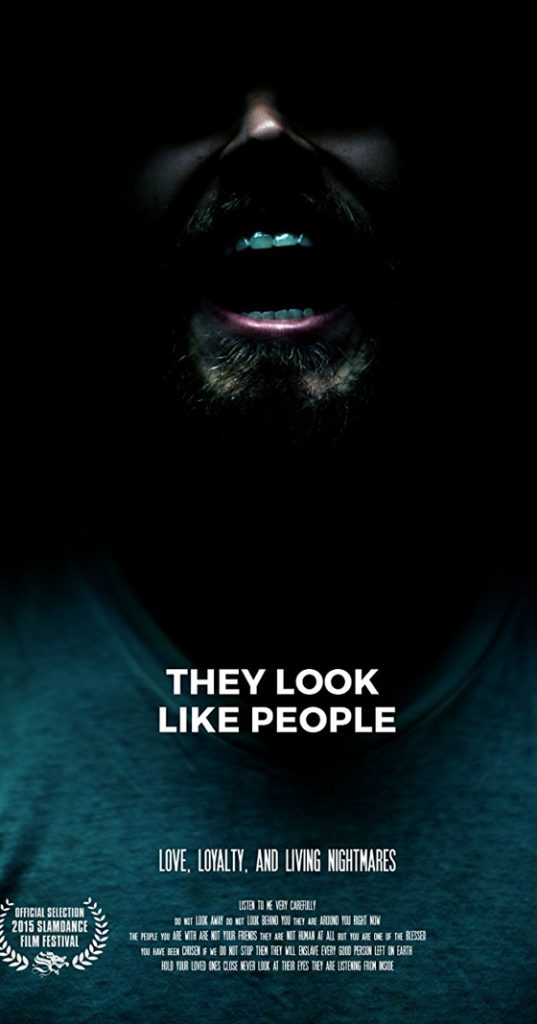 One thought on “They Look Like People Movie Review”