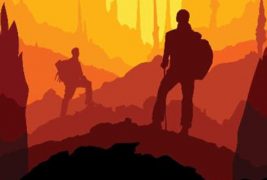 It takes a whole team of gumshoes to find one Bigfoot.

Small Town Monsters (the production team that brought you The Bray Road Beast, and my personal favorite, The Mothman of Point Pleasant) offers up a six-part investigative miniseries on the monster so monstrous he has his own monster truck. The Hulk Hogan of cryptozoology. The one. The only. John J. Bigfoot (or simply Bigfoot for tax purposes).

This documentary not only retreads old ground on the hunt for Bigfoot, but also attempts to follow in the (big)footsteps of what UFO researchers have done since the forties, which is compile evidence, witness testimony, and scientific data in the hopes of legitimizing their field of study. On the Trail is the only documentary on Bigfoot this reviewer has ever seen that actually addresses the ecological impact on Ol’ Sassy’s habitat as a result of man’s constant encroachment into nature (Even Bigfoot believes in Global Warming!). This documentary doesn’t seek to prove that Bigfoot exists. The premise itself presumes that he is out there, and the job of the documentarians and all their interviewees is to unify the skunk-ape narrative in order to transform it from legend to historical and scientific fact. 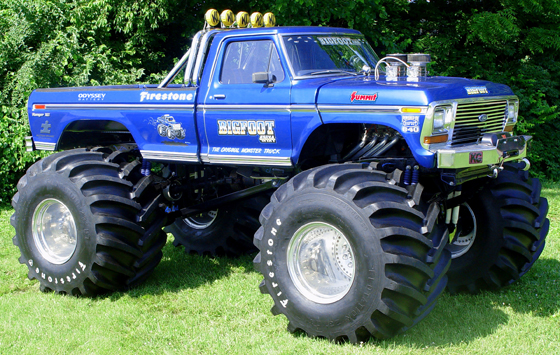 Do they accomplish this (big)feat?

If you’re an avid cryptid-fanatic, amateur Bigfoot hunter, or the French guy who hunts Harry from Harry and the Hendersons, much of what’s covered in the miniseries might feel like old paths you’ve strolled down a million times in your Patterson-Gimlin skunk-ape furry costume. In some parts of the documentary, specifically when you follow the hunters on the actual trail of the notorious B.I.G., the verisimilitude fractures like one of the original Bigfoot casts, crumbling away in some Pacific Northwest gift shop close to where Biggie sprayed his sassafras all over a backwoods outhouse. But, nevertheless, On the Trail of Bigfoot is a bold, adventurous, and ambitious attempt to show Bigfoot less as a legend and more as an actual beast of nature. However, six episodes of content could have easily been condensed down to three solid, action-packed episodes or a standard runtime feature documentary.

Despite the narrative being as elusive as Bigfoot’s den, there are beautiful natural vistas of misty, tree-covered mountains, in-depth interviews with experts, hunters, and fanatics who have eyewitness accounts, and [spoiler] actual audio evidence of what the documentarians claim to be a Bigfoot feasting on something other than Jack Links’ Beef Jerky. 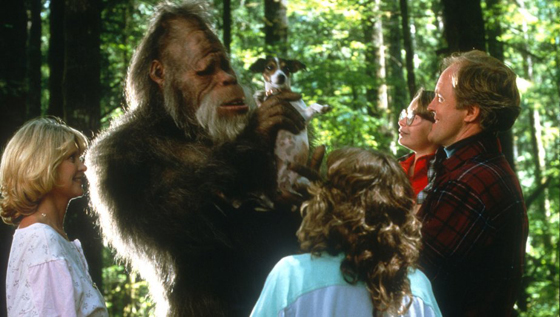 This reviewer’s only hang-up with On the Trail is that there wasn’t more sex, blood, or some kind of Harry and the Hendersons ending, where we saw all the Bigfoots emerge from the trees where they had been standing right in front of us all along. Perhaps after binging this miniseries on Amazon Prime, Vimeo OnDemand, or in your Ted Kazinsky-like Unibomber cabin where you only have a DVD player to play the two-disc set available exclusively at Small Town Monsters Productions, maybe then you can look to the forest with the right kind of eyes and the right kind of heart to understand that Harry and the Hendersons isn’t that unrealistic. 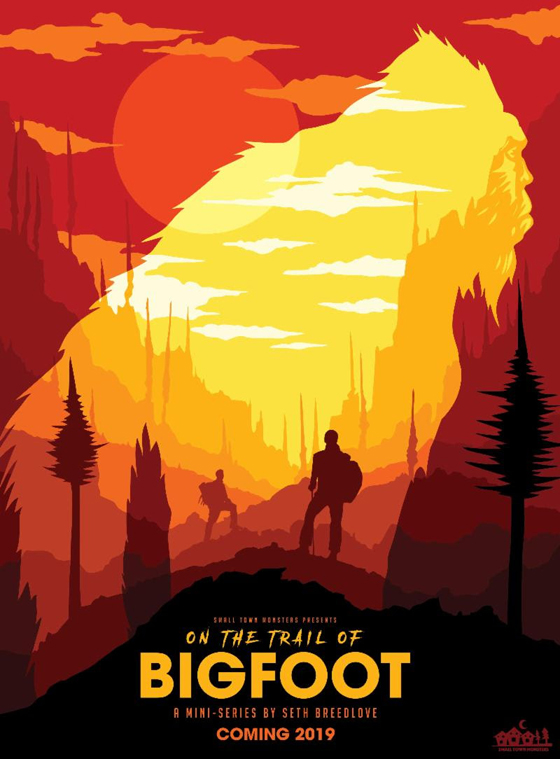