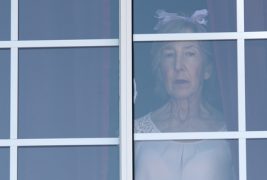 I just finished watching another offering from our friends at Uncork’d Entertainment called, Room for Rent (2019). This gem comes to us from writer Stuart Flack and director Tommy Stovall (Hate Crime, Aaron’s Blood). The female lead, and the entire reason why I wanted to watch this film, is none other than the beloved Lin Shaye (Insidious, Tales of Halloween, Big Ass Spider!). Let the fun begin as I give you my two cents about Room for Rent.

Essentially this is a story of a lonely lady named Joyce (Shaye) who decides to take her life in a different direction after her husband dies. Not only does he die and leave her all alone, but he also leaves her in debt for a few grand. Oh, wait, she’s not ALL alone; she has a cat that’s her constant companion. However, what else is a poor woman to do? Go scout out the young boy-meat at the local skate park and get harassed by a gang of asshole teenaged thugs? Go to the library and check out her favorite romance novel, which she’s checked out many times as we learn from the librarian?

Okay, so Joyce does these things, but eventually she decides to open a bed-and-breakfast to bring in the money. She quickly gets her Airbnb open for business and her first guests show up. We learn early on that Joyce isn’t exactly what one would call stable, as we see her practice her “welcoming” smile through the window of her door as the guests are unloading their car. Once the couple makes their introduction, the show begins.

Edward (Casey Nicholas-Price) and Sarah (Valeska Miller) make themselves at home. Joyce is a bit overbearing and motherly, but Edward is kind of a dick and starts complaining about things immediately. Joyce takes note of this and we can tell by the look on her face that she’s not approving of his behavior. Anyway, Joyce and Sarah manage to forge a sort of bond by telling each other about their relationships and whatnot. Things seem to be okay, but thanks to Edward’s displeasure with Joyce and the BnB, he announces that he’s found a new place for him and Sarah to stay, and he immediately packs their stuff up to leave. Sarah is embarrassed and apologizes to Joyce, but Joyce gently tells her that it’s okay to go with him. Over the course of the movie we see that Sarah stays in touch with Joyce by sending her letters to update her on how things are going with life and vice versa.

Once she’s alone again, Joyce resumes her lonely life and goes out on an errand run. She buys her kitty food, and much to the chagrin of the cashier, Joyce pays with a pile of coins after her debit card is declined after several swipes and a line of impatient customers builds behind her. Once the transaction is complete and Joyce is out of the store, she’s confronted on her walk by the gang of skate park punks from earlier. This turns out to be a rather disturbing scene, not only because of the actions of the thugs, but also because of the actions and reactions of Joyce. Once again, we’re let in that Joyce isn’t a helpless little old lady, even though she puts on the act of being such when she feels it’s needed.

The next visitor to the Airbnb is a tall, dark, and handsome man named Bob (Oliver Rayon), whom Joyce is immediately smitten with. This is when Joyce starts to really take a turn towards her dark side. Wanting Bob to be as smitten with her, she starts to dress for him. Hair bows, red lips, high heels…the works. She tries to throw herself at Bob by trying to act younger and even engages in his interest in watching football with him.

We learn that Joyce likes to snoop in her guests’ belongings, and when she gets the chance to look around in Bob’s bags and finds his toiletries, she decides to use them on herself to feel closer to him. His deodorant, cologne…and…toothbrush. Essentially, she creates a fantasy life where she and Bob are a “thing” even though Bob doesn’t see her as anything but the lady from whom he’s renting a room. Joyce writes letters to Sarah telling her about how she and Bob are doing this and that, and how thrilled they are together. So, lo and behold, Sarah tells her she’s going to pay her a visit because she wants to meet Bob since he’s the one who’s made her friend so happy. Joyce seems happy that she’s paying a visit, but once Sarah arrives, Joyce begins to crack more than we’ve seen yet. Especially after Bob meets Sarah.

I won’t give much else away. Room for Rent isn’t necessarily a horror movie, but rather a thriller. Don’t get me wrong, it’s a fun watch because Lin Shaye is a BEAST as Joyce. This character is heartbreaking at times, and terrifying at others. She reminds me of a mashup of an older Rhoda Penmark from The Bad Seed and Baby Jane Hudson. A woman who’s completely manipulative and psychotic, but who has the ability to draw you in and see her as a woman who’s lonely and desperate to have the life she only fantasizes about. She wants to be happy and wanted, something we all want.

Room for Rent as a whole isn’t gory or scary or anything along those lines. There are a few scenes where we see Joyce seriously lose her shit on people, but it’s nothing severe. The most you’re going to get out of these scenes is just watching the range projected via Lin Shaye’s acting chops, which again, are brilliant. She’s absolutely the standout of this film. The other supporting characters are bland at best, as they have no real arc. Even the character of Bob is blah. The interactions with Joyce and Bob are comedic at times, but those times are few and far between. And while I’m here nitpicking, I have to say that while I enjoyed Joyce, I wanted to know more about her. Unfortunately, there’s explanation why she’s the way she is, so that was kind of a letdown. Also, the ending is kind of hokey and predictable. However, it’s a beautifully filmed movie and I dug the score, so there’s that. Anyway, if you’d like to watch Room for Rent, it’s currently available on Amazon Prime Video. 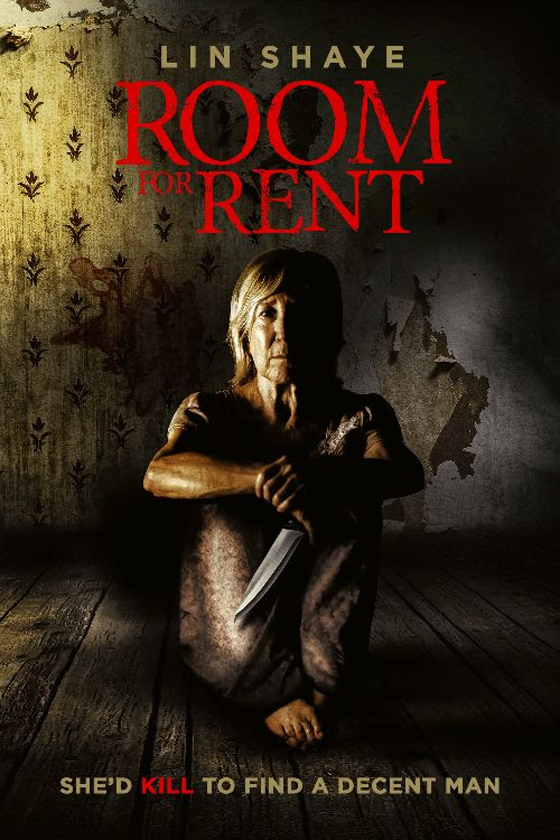