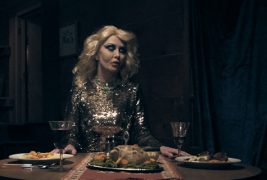 Happy Holidays, Horror Fans! Oklahoma City, Oklahoma maverick Mickey Reece is back with a terrifying new nightmare about one of our genre’s tried and true baddies – the vampire!  And while we readily admit there’s no shortage of vampire flicks out there, whether you’re into handsome and sparkly or gross and hungry, one thing the trailer for Reece’s bloody stab at this well-worn subgenre makes clear is that Climate of the Hunter is unlike anything we’ve seen yet when it comes to fanged fiends on celluloid.

You can read the press release and watch the trailer for Climate of the Hunter below, Horror Fans….

The film, lauded by critics as a “gloriously quirky cinematic feat” (Rue Morgue) and “an instant cult classic” (Film Freak Central), releases in select theaters this December ahead of an On Demand release January 2021.

Two sisters, Alma and Elizabeth, along with a dog who’s described as a “philosopher,” have come to Alma’s remote house to reconnect with Wesley after twenty years. Alma is recently divorced, Elizabeth is a workaholic in Washington, D.C., while Wesley lives in Paris dealing with a wife recently struck with a fatal disease. When the three come together for dinner it has all the makings of a lovely adult melodrama about loneliness, and the desire to connect and share our lives with someone… but we must add to the mix one otherworldly piece of information: Wesley could be a vampire.

Ginger Gilmartin, Mary Buss, Ben Hall, and Jacob Ryan Snovel star in a Mickey Reece film.  Climate of the Hunter is in select theaters December 18 and On Demand January 12, 2021. 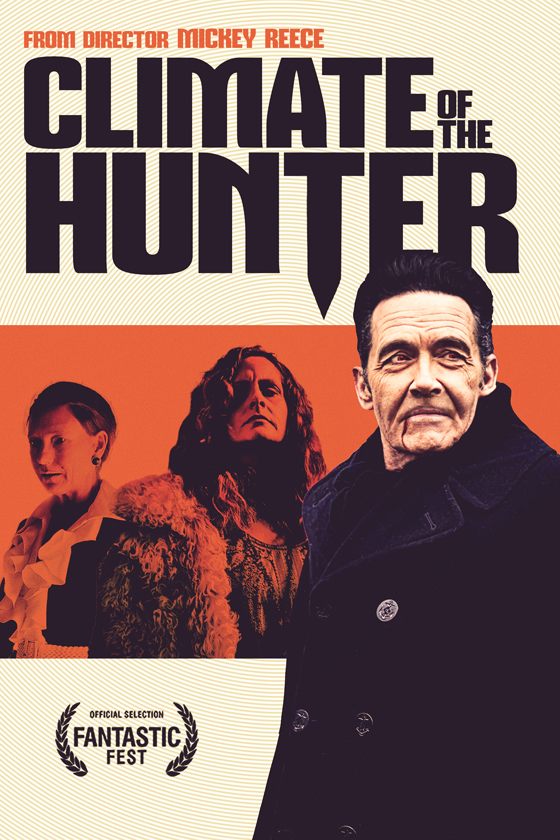