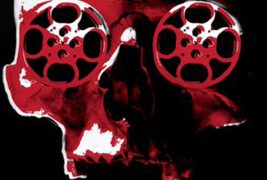 Podcasts are a booming business in this technological day and age. With the horror community always searching for a new way to quench their blood thirst, it only makes sense that horror audio shows have blossomed across the airwaves. It harkens back to the grainy black-and-white images I was so fascinated with as a child—a family sitting in their den, surrounding an old-time radio and spending the night listening to the latest program. The epic War of the Worlds panic of 1938 is still perhaps the single most effective use of entertainment to scare the living daylights out of the American population. Nowadays, podcasts are trying to replicate that old fashioned mass appeal and it’s working for a number of programs throughout the world.

One such podcast that’s particularly entertaining as all get-out is the Chicago-based Horrorfied Podcast. A trio of strapping young gentlemen hell-bent on providing the best horror film commentary in all the land, Horrorfied Podcast is quickly becoming a fan favorite. I personally love the Scream episode most.

I recently had the opportunity to chat with the three fellas responsible for Horrorfied Podcasth: hosts Ian Donegan and Justin Abney as well as producer Xack Brame. Like almost everyone in the indie horror scene, these guys work full-time jobs so it’s a minor miracle this interview was even conducted at all! Enjoy.

Ravenous Monster: When did the idea for Horrorfied Podcast really gain steam and get going?

Ian: The podcast was spawned out of my deep love for all things horror and improv-comedy, I think. I contacted Justin one evening in the middle of November 2015 and we met up at a local library to discuss the show. I was a fan of a podcast he used to be on called Action Panels and knew he was also a huge fan of horror. So, I hit him up on Facebook and pitched the idea.

The show really took shape after we found producer Xack, which, admittedly, I had nothing to do with. We released the first four episodes and one evening while recording, Justin mentioned he had a friend he knew who worked at a recording studio.

The first episode we recorded with Xack was our two-parter on Roman Polanski’s Rosemary’s Baby. I suggested he mic himself and get involved in the conversation and that was when we realized that the rule of threes is 100 percent accurate because the whole dynamic changed. That was also the episode in which we did our first scripted bit. Looking back at that episode, even though comparatively it’s one of our weakest, it was a really big step in the right direction. 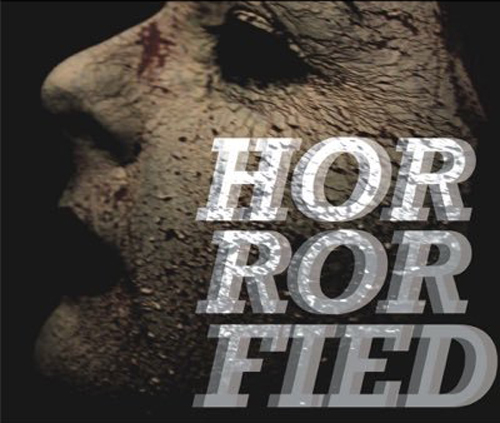 RavMon: Where do you record the show?

Justin: Right now we record out of JBR studios, a lovely backroom establishment far too classy for the likes of us. Initially we were birthed in the rough and tumble world of the local public library.

RavMon: How many hours do you guys commit to the show on a weekly basis?

Ian: Typically, I spend about ten to fifteen hours per week researching the topic and pulling things together from the annals of the internet. Another ten to fifteen hours easily goes into figuring out potential bits, sketches and characters we can work in. Then we typically spend around eight hours recording each one-and-a-half-hour show, once bits are rehearsed and worked out. None of this includes Xack’s editing time, which is a nightmare in and of itself. So the short answer is between 30 to 40 hours, easily, prior to editing.

Xack: Possibly more if you count how many hours I spent playing Alien: Isolation in preparation for the episode on Ridley Scott’s Alien.

Justin: At this point we have abandoned our jobs, family, friends, and hygiene in commitment to riffs and bits.

RavMon: Have you guys ever thought about doing a live show down the line?

Xack: We were actually talking about trying to start doing live events this summer. We don’t have anything nailed down yet, but we’ve got some great stuff in the works.

Justin: Although, we sound much better than we look; and to be fair we don’t sound that good either.

RavMon: Any exciting things coming up for the show?

Xack: Well, previously mentioned live shows, plus the beginning of our brand new Season Two, which is going to feature more content as well as a general story arc to the overall podcast. We’re really trying to do something special moving forward.

Ian: We’re in the process of developing a “companion” show to Horrorfied tentatively titled Tales from the Blackwater: A Horrorfied Podcast Podcast that will dive into more of the audio horror fiction realm.

Justin: It’s all exciting. Nothing we do is ever boring. Please validate us and our existence! 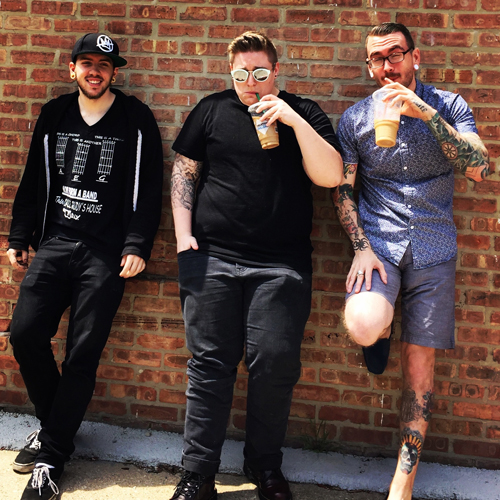 RavMon: What other projects are you fellas working on, either individually or collectively?

Ian: Collectively, we’re currently working hard to develop several programs for the up-and-coming Vox Poduli podcast network so huge shout-out and thank you to them. They’ll be doing a lot of awesome things so definitely keep an eye out for their big launch. Obviously, we’re always working on expanding our audience, getting more people involved with the show. I also play in a punk band with Xack, which is a nice break from the absurd—albeit fun—amount of work we put into the show. I also work a full-time job on top of the podcast.

Xack: Ian and I are in a Misfits tribute band called Lucy Spytz & The Teenagers from Mars. I also work as head of production at JBR Studios and am going to begin working as Station Director at Chicago Pod for Vox Poduli.

RavMon: Where can people listen to the show?

Xack: If we aren’t on something, please let us know!

Ian: Huge thank you to you, first of all, for taking the time to chat with us and spread some love for the show. Other than that, thanks to any/everyone that’s already taken time to listen to us ramble on about horror flicks for an hour each week. Feel free to drop us a line at horrorfiedpodcast@gmail.com.

We have a lot of cool stuff planned coming up.

Also, a big shout out to Eli Roth if he’s reading this. Come talk to us. Please. We want to pick your brain about things.

Justin: Drop out of school, enjoy your Columbian money, send us the check, and most importantly #doginthepark. 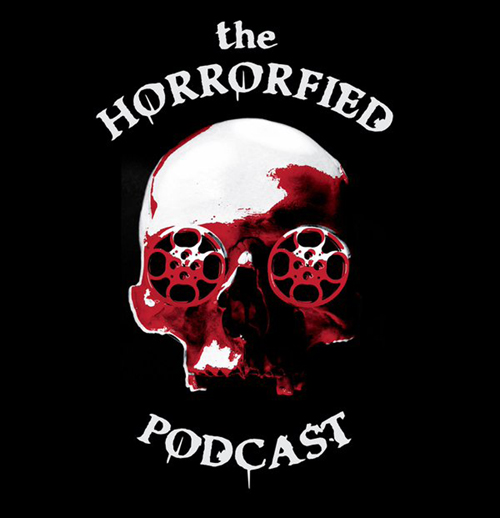