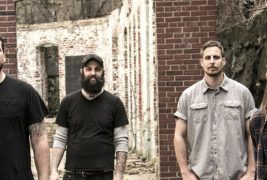 BulletEater plays the type of tunes that I really dig.  It’s a slurry of thrash metal, grindcore, power violence, and hardcore that drowns listeners in an overwhelming torrent of aggression and speed.  The reason you’re reading about these guys here, Horror Fans, is because they also scream about the mythos—thee Mythos.

Metal heads, hardcore kids, Lovecraft nerds, and of course, Horror Fans…check out the full press release and video below.  You won’t be disappointed….

BulletEater, is a New England based D-Beat/Crust style band, featuring current and ex-members of the Cannae, Fucking Invincible, Soul Control and Frank Castle.

The band released their debut EP Songs of War, Songs of Fire on September 21, 2016. The four tracks are heavily inspired by the work of author H.P. Lovecraft, as is evident in their first single, War of the Old Gods. The album is available for download online at: BulletEater.bandcamp.com.

For the War of the Old Gods music video, the band recruited award winning horror filmmaker Corey Norman and his company Bonfire Films, to bring the Lovecraft inspired tale to life. Norman and company are best known for their feature film The Hanover House (HorrorHound Films), Monsterland (Image Entertainment) and Contortionist’s Language I: Intuition and Primordial Sound music videos.

Guitarist and vocalist Kyle Sutton commented, “Our lyrics are very Lovecraft-driven so we wanted something a little extra in the visual department to showcase something more than the usual ‘we fuckin’ rock dicks off!’ Bonfire usually films horror shorts, so it was definitely a match made in Innsmouth.” 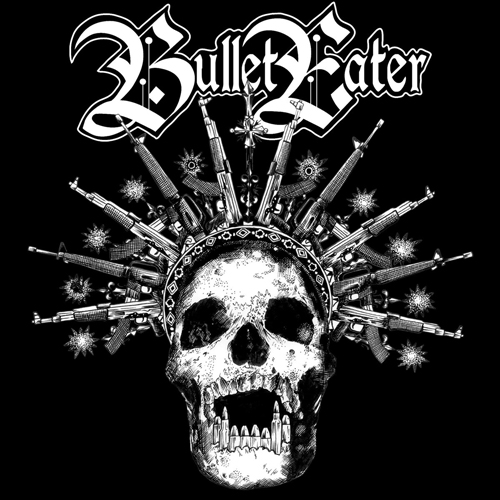