One of the forefathers of doom metal, My Dying Bride has been making people even more depressed than they already are since 1990. Their 11th studio release, A Map Of All Our Failures, is a great example of how well they’ve become at that particular niche.

The album as a whole is pretty good. With a combination of slow tempos, bleak lyrics and vocals, and sorrowful guitars, it will have you hating life in no time. And Aaron Stainthorpe’s crooning adds just the right mix of pain and anger to make you get what he’s writing about while Craighan and Glencross play a desperate siren song with simple yet meaningful guitar work. No one is trying to be a showoff and it works really well.

The only thing that could’ve been better, in my opinion, is the song structure. It doesn’t have to be super-technical shredding; but a little variety goes a long way. As a guitar player, I feel like I would fall asleep playing some of these riffs. I understand that doom metal in and of itself isn’t associated with quick, finger-breaking musicianship, but damn. Zazz it up a bit.

On a better note, “Hail Odysseus” blew me away. It sounds pretty dark and gothic at first, but then transitions into a badass part that made me want to break shit. It even has screaming. It repeats a second time, but the screams change to whispers. It is absolutely the best song on the record.

Anyone who digs dark, depressing music should be pleased with this one.  I give it a 7-out-of-10.  It’s not very heavy as far as metal goes, but it gets the job done. Although it’s short (only 8 tracks), I read recently that they’re going to release the remaining songs sometime next year. If you like this, check out Anathema, Paradise Lost, and Katatonia. They’re similar in sound and they were right alongside My Dying Bride in shaping the doom-metal genre. 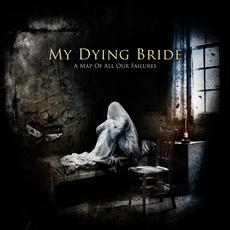