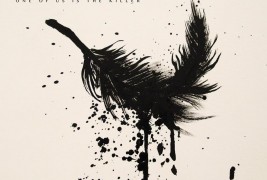 Let us go then, all of us, to that mansion isolated on the island. Now that we are gathered and the will has been read, we must find out who’s responsible for the corpse in the pantry, for one of us is the killer.

Sounds like a familiar set-up, no? This is the plot to Agatha Christie’s And Then There Were None, as well as Mario Bava’s little known Five Dolls for an August Moon. In both of these works, violence and an enveloping air of mystery go hand in hand, although the latter places a greater emphasis on red paint than the former. Christie’s novel is polite, while Bava’s film is crude. The latest addition to this schema, The Dillinger Escape Plan’s One of Us Is the Killer, is neither cozy nor garish. The latest from New Jersey’s own is a florid, bewildering record that still manages to embrace melody and 4/4 timing when the moon is right.

A warning: if this is your first time coming to DEP, then prepare yourself for extreme abstraction. The Dillinger Escape Plan have been the undisputed leaders of the American progressive metal underground, and their frantic mixture of grindcore-esque drumming and noise rock theatrics has more often than not gotten the boys from Morris Plain labeled as grating and aggravating. Worse than that, a majority of people (many of whom call themselves metalheads) do not even believe that DEP make music. In truth, ever since the release of Calculating Infinity in 1999, DEP have been busy pioneering a type and style of music that seems sprung from the heads of chaos gods.  The band’s signature song—“43% Burnt”—is so schizophrenic that it would be easy to believe that it is the musical representation of Norman Bates’s psyche.

One of Us Is the Killer maintains DEP’s reputation as the purveyors of serial killer music, and yet the album truly shines when DEP break out of the mold that they themselves created. The album’s opener, the single entitled “Prancer,” is pure DEP madness. The song begins with Ben Weinman’s trademark pig squeals on the guitar before evolving towards Greg Puciato’s punk-tinged wails and howls. As “Prancer” continues, the drumming of the brilliant Billy Rymer gets more and more harried, thus propelling “Prancer” into the nethersphere wherein anger is like methampethimine and is the only drug available.

Starting the album off with “Prancer” is a good choice, for the song embodies the spirit of One of Us Is the Killer, a record that skirts the line between approachable and formidable. The few knocks on One of Us Is the Killer concern DEP’s lack of musical or conceptual progress, but, to be fair, DEP have been ahead of the game for so long now (and few bands have even come close to recreating even the most basic DEP song) that “progress” for them might be settling down for more traditional, if only slightly nuanced sounds. For instance, the song “Nothing’s Funny” contains not only clean(er) singing by Mr. Puciato, but dulcet harmonies that help to make this plodding, chunky song all the more sinister. Another similar track is “One of Us Is the Killer,” a hauntingly catchy ditty about death and a killer that will not survive the night. “One of Us Is the Killer” is a relatively new strain in the DEP catalog—a song that could easily appeal to the general public, all the while keeping alive the same unhinged quality that made DEP notorious back in the late ‘90s.

The more typical DEP tracks on this record—“The Threat Posed by Nuclear Weapons”, “Crossburner”, and “Understanding Decay”—can compete with any track on Miss Machine or Option Paralysis in terms of heaviness and dischord. At the same time, all three of these new tunes have melodic movements, thus showing that DEP has decided to stick with the truly radical aspect of Ire Works, the first DEP record with any semblance of conventional composition. This fact is sure to gall those fans who want DEP to always strive for the technically improbable, as if the band itself is some sort of gatekeeper bent on keeping 99% of music and listeners on the outside.

And yes, those fans are right in their accusations that One of Us Is the Killer is not DEP’s most progressive album, nor is it the band’s most caustic. One of Us Is the Killer presents more of a chiaroscuro; a contrast between that which is digestible and that which chokes the unprepared.  One of Us Is the Killer is arguably the band’s most commercial release, but, in regards to DEP, that’s akin to saying that Dawn of the Dead is Romero’s most commercial film. Both works contain dazzling displays of violence, and their popularity doesn’t mean that they aren’t artistically brilliant or culturally brutal. If you are sincerely worried about DEP closing in on the mainstream, all you have to do is watch their performance at the Revolver Golden Gods. On that night two weeks ago, the award show audience in Los Angeles treated DEP like a barbarian horde, and the tepid applause that the band received should tell you all you need to know about how ready the world is for The Dillinger Escape Plan.

One of US Is the Killer is currently available on Sumerian Records and Party Smasher Inc. 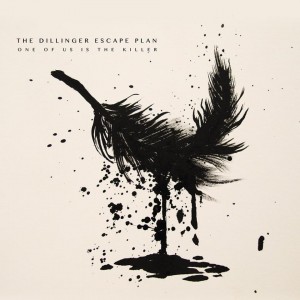