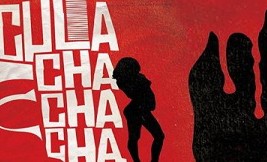 In the 7th grade, my English teacher had us read – aloud – the play FLIGHT INTO DANGER by Arthur Hailey. This was an undeniable time-filling exercise, and in the fog of boredom, body odor, and hormones that is the barely-teen male, certain familiarities began to punch their way through: a cross-country flight … the flight crew incapacitated by tainted meals … a former fighter pilot with issues lurking in his backstory safely landing the plane …. I looked around the classroom and was stunned to see that no one else seemed to notice anything out of the ordinary was going on! Well, by God, if no one else was going to say something, then I would. Honestly, I was a freaking hero! Everything would change! No more nerdy outcast I! I’d lead the class out of the Platonic darkness of shitty melodrama and into the light. The light, in this case, being the movie AIRPLANE!

I blurted it out with the verbal grace of an air horn. Rather than receive the fulsome hosannas of a thankful class, peppered liberally with come-hither stares, the teacher pointed out that, yes, they’d had a lengthy discussion on the subject the day before when they’d started reading it. The day I’d been out sick (or more likely, out “sick”). Aaaah, this was more like it: burning shame, embarrassment, desire to crawl under rocks and dwell there lo for the rest of my days; this was the stuff I was used to. The world had, once again, righted itself.

All of which, believe it or not, brings me to DRACULA CHA CHA CHA (1998) by Kim Newman, republished by Titan Books in a sparkling new edition. DRACULA CHA CHA CHA is the third book in the ANNO DRACULA series. The first, ANNO DRACULA (1992) saw Dracula married to Queen Victoria and serving as the de facto ruler of the British Empire. The sequel, THE BLOODY RED BARON (1995), had Dracula working with the Germans during World War I.  The first book was terrific, a mash-up of Stoker’s Dracula and the Jack the Ripper killings. The second book, while still very good, didn’t quite rise to the level of the first book. So where does that leave this book, the third? Does it follow up the promise of the first book, or is it just an unnecessary sequel, a cash-in devoid of ideas?

First, let me begin by saying that I was really looking forward to reading this book, irrespective of whether I wrote about it for RavMon or not. Which could be either good or bad, since expectations can lead inevitably to disappointment (cough PHANTOM MENACE cough). But the operative word there is can – in this case my expectations weren’t so much met as surpassed, handily. In DRACULA CHA CHA CHA, Newman takes what was good in the first two books and improves on it, layering the wit and the action and the suspense with an emotional depth, a richness that elevates the book into something approaching art.

The book opens in the late ‘50s with journalist Kate Reid, who had a small role in the first book and was one of the leads of the second, arriving in Rome for Dracula’s upcoming nuptials. She immediately gets swept up in the all-night revels of some elder vampires. One of the vampires, a buxom blonde named Malenka, dances in Trevi Fountain (in a winking nod to Fellini’s LA DOLCE VITA) when the elder vampires are slain by someone – a human – known as The Crimson Executioner, who had been hunting down the elder vampires in Rome.

Also living in Rome is the incredibly elderly Charles Beauregard, who was the lead of the first book. Among the many smart decisions Newman made in CHA CHA CHA is to bring back not only Geneviève Dieudonné, a forever-16 elder vampire, but also Charles’ one-time fiancée, Penelope Churchward, who’d had a painful turning in the first book. The three women are not only united by a dying Charles, but also by the larger question of what it means, for each of them, to be immortal. This is a question that the series had addressed to a certain degree in the earlier books, but here really it’s the central question.

That this question is the central tenet of the book is announced, albeit subtly, by the book’s title. To explain that first let me backtrack a bit. Dracula in the first book was a figure of fear, the black sun around which orbited other vampires and humans alike. In the second book, he leads the German war effort in World War I, and as such is still a figure that inspires fear and respect. And this is where Newman gets really quite clever. In World War II (which had occurred between books 2 and 3), the Nazis hadn’t revered Dracula; quite the opposite: he isn’t Aryan, so therefore Dracula is as unclean as any of the other races the Nazis tried to exterminate.

The world, after the war, changed. The United States was ascendant, and the other great power was the Soviets; the old European powers saw their influence dim in this new world. Dracula, too, saw his influence wane, and now he was a figure of ridicule even. So much so that he inspired an utterly insipid novelty song called, you guessed it, Dracula Cha Cha Cha. In short, the world has changed, and Dracula has not changed with it.

One of the hallmarks of the ANNO DRACULA books is the layering of multiple allusions, and DRACULA CHA CHA CHA is no exception, with references to Fellini, Mario Bava, and the ‘50s Hollywood film THREE COINS IN THE FOUNTAIN most prevalent (although Newman takes numerous shots at James Bond, here named “Hamish Bond,” that are as hysterical as they are spot on). As in the other books, these references never weigh down the story or become distracting. And this is where that long, belabored AIRPLANE! story in the first paragraph finally becomes relevant. Where AIRPLANE! succeeds where other spoof-type movies often fail (DATE MOVIE, EPIC MOVIE, et al, I’m looking at you): it has a story. AIRPLANE! smartly hung its collection of bad puns, pop culture references, and juvenile humor onto a cheesy-but-sturdy ‘50s B-movie plot.

Newman does something similar in DRACULA CHA CHA CHA with the murder of the elder vampires. He uses the tracking down of the Crimson Executioner almost as a Hitchcockian MacGuffin. While that storyline is certainly propulsive, and Newman never treats it perfunctorily, it gives him the room to stretch out with his themes and ideas. Thankfully, Newman is able to pull it off, often to stunning effect.

DRACULA CHA CHA CHA turns into a post-Vampire/horror/thriller/mystery melodrama with a brooding (if unbeating) heart at its core. Which leaves me breathless for what he’ll come up with next. 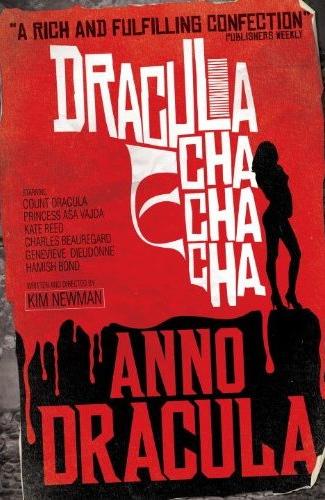