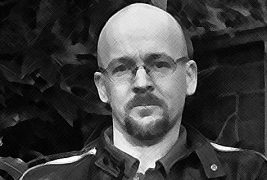 Tim Lebbon has been one of the most recognized and respected names in the horror literature world for over fifteen years.  Not only has his original short stories and novels drawn comparisons to the best horror has to offer, but Lebbon is also arguably the go-to author when it comes to adapting movies to book form.  In fact, his 30 Days of Night novelization became a New York Times bestseller.  Lebbon’s work has also found its way onto the silver screen, with the Nicholas Cage-starring Pay the Ghost most recently being adapted.

Personally, my favorite of Lebbon’s work is the captivating and chilling novel The Silence.  The book tells the story of a young deaf girl named Ally who becomes her family’s only hope for survival when a swarm of long-forgotten creatures erupt from underground to threaten mankind.  It’s a terrifying and, even more impressively, moving novel and one that I highly recommend.

Lebbon’s most recent release, a short story called “Rime,” has received favorable reviews while his latest novel, The Family Man, hit shelves on August 11 and has quickly become a fan favorite.  Ever the constant writer, Lebbon also has a story featured in the upcoming collection Something Remains (to be released on September 24th).

I had the true privilege of discussing Mr. Lebbon’s career, his influences, and his upcoming work with the author recently.

RAVENOUS MONSTER:  I’m always curious when speaking with an author—as a young writer who was trying to get your foot in the door, how did you react to the rejections and things not going necessarily the way you thought they would or could?  Was it ever difficult for you to keep your head up?

TIM LEBBON:  I think it’s really important to learn from rejection and take positive things from it.  In the early days of The Third Alternative magazine (now Black Static) I was determined to get a story accepted by Andy Cox.  I wrote story after story and sent them in, and Andy would send a rejection with a few notes about why he’d rejected the story.  I must have written twenty stories until he finally accepted one.  Being rejected again and again made me try harder, and his comments were always encouraging and positive.

RM:  I know there are some young authors and journalists who take rejection and criticism harshly and I like to point to examples of folks who’ve made it and how they took their lumps.

TL:  It’s important to be rejected.  I still am, quite often.  Learn from it.  It keeps your feet on the ground, and it can also make you continue to try harder.  And that’s vital.

RM:  I loved The Silence.  It is one of the most enthralling and fresh books I’ve ever read.  It’s going to be a movie, isn’t it?

TL:  Thank you!  Well, it’s being developed, so we’ll have to wait and see.  As usual with all things Hollywood, you need everything to go right for it to be made, but only one thing to go wrong to make it sink.  There’s a fantastic team attached––writers, director, producer––so I have very high hopes.  We should know something soon. 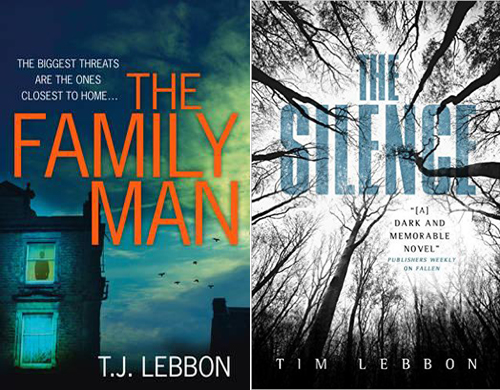 RM:  You’re a big music fan.  Do you play music when you write?  If so, who is on your playlist?

TL:  At this moment I’m listening to “Angel Dust” by Faith No More (perhaps the finest rock album of all time).  I often listen to music, but if I’m actually writing it’s either something I know so well that it bleeds into the background––Motorhead, Thin Lizzy, Muse––or instrumental, either movie soundtrack or classical.  It has to be background, not something I’m concentrating on.  And quite often that means I write in silence.

RM:  You’ve got an impressive catalogue of film-to-novel adaptations.  How did you get into the adaptation game?

TL:  I think I first wrote a Hellboy novel, then did a novelization, then the tie-in editors, and publishers noticed me.  That led on to Star Wars, Alien, Predator, and a new novelization recently announced for Kong: Skull Island.  I really enjoy working in other people’s universes, and as a working writer it’s sometimes essential because––to be brutal––it’s a payday.  I’ve also never worked on something that didn’t really excite me.  But I prefer working on my own original writing.

RM:  “Rime” is your newest release and it’s getting positive buzz.  The Family Man and a military short story in SNAFU: Unnatural Selection are coming soon.  What can you tell us about these newest works from you?

TL:  “Rime” is a science fiction novella, based on “Rime of the Ancient Mariner.”  It’s published as an ebook exclusive right now, from Venture Publishing, but I’d like to see it in hard copy one day.  I think it’s really good.  The Family Man is my new thriller due soon from Avon, a very indirect sequel to last year’s The Hunt (featuring some of the same characters, though the story is completely standalone).  And the story in SNAFU is a fun action novella written with Christopher Golden.  Coincidentally, Chris and I are also now writing a big new fantasy novel called Blood of the Four.

RM:  Growing up and getting into the writing profession, who were your mentors or people you trusted to see you through?

TL:  Honestly, in the early days it was more family and friends who supported me than editors and fellow writers.  These were the days before social media and computers, remember.  I had my small support group, and I was sending out stories into the big wide world and inevitably seeing them come bouncing back with a rejection attached.  I kept on keeping on, encouraged largely by my wife and parents, and my friends.  Then I started going to the British Fantasy Convention and that all changed.  People like Simon Clark and D.F Lewis became friends, and you can’t hope to meet a more encouraging bunch of people.  It’s different now.  Everyone ‘knows’ everyone.  Shit, I sound like an old man.

RM:  You’ve said that nature is a big influence on your work. Your living environment plays a role in your writing, much like Bradbury with Green Town and King with Castle Rock.  Regarding characters, though, do you create the majority of your characters from thin air or do you use people in your everyday life as templates? If so, do you ever tell that person? 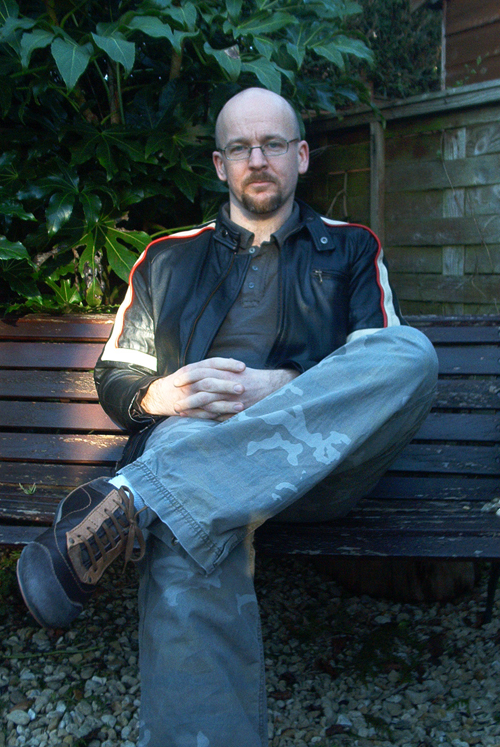 TL:  There’s always an element of autobiography in any writer’s work.  And of course, aspects of people you know always tend to creep in.  It’s only natural.  Making up a character out of thin air––features, habits, opinions, outlook––is almost impossible, and I don’t think it would ever be convincing.  A writer’s always watching and listening.  And yes, in my early days I did kill off a few school bullies in imaginative and particularly gruesome ways.

RM:  You’ve been writing full-time for a decade now.  How would you rate your work and corresponding satisfaction with the last ten years?  What do you want or strive for out of these next ten years?

TL:  I always strive to be better.  I try to spread my wings and attempt different things, hence some more screenwriting, science fiction, the thrillers.  I even have an historical fantasy trilogy planned out and started!  It’s all storytelling, and that’s what I want to do.  These ten years have been amazing, and over the next ten years I want to tell a lot more stories!

RM:  How many hours a week would you guess you spend writing? And reading?

TL:  Actual sitting down bum-on-seat writing, maybe twenty hours.  Another twenty hours editing, planning, revising, thinking, making notes.  Ten hours emailing, promotion, social media.  Ten hours per week exercising, sometimes more.  I have a busy family life, too.  Sadly, I read less now than I ever did, but still get through a book or two per month.

RM:  If you were going to be placed on an island with no technology for a month, what books are you bringing along to keep entertained?

TL:  Ah, Heavenly!  The Stand, by Stephen King. Everything by John Connolly, Iain Banks, and Shirley Jackson.  How to Survive on a Desert Island, by someone.

RM:  What are you currently working on?

TL:  Kong: Skull Island.  The fantasy novel with Chris Golden.  A couple of TV proposals.  And I’m working on expanding “Rime” into a full-length novel.