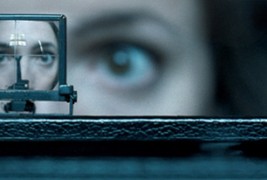 Set in England’s time of mourning immediately after World War I Nick Murphy’s The Awakening follows professional supernatural hoax-exposer Florence Cathcart, in a children’s boarding school that is said to be haunted.

Genre fans, you’re probably rolling their eyes at this set up, and rightfully so.  An old English building, creepy kids, and a period piece – we’ve seen all these elements before, but rarely as well done.  This is a film of haunting beauty, a mature horror piece in which there’s an eerie sense that something is lurking just outside the frame at all times.

Equal part mystery and ghost story, the clues are laid out with nearly flawless precision and things end in with a satisfying and logically sound climax.  To me this is often a rarity in films like this one. I often find myself disappointed right before the credits roll.  That was not the case with The Awakening.  I definitely want to see this movie again and try to catch all the clues as they happen.

The film is anchored by Rebecca Hall’s amazing performance as Florence Cathcart.  Hall creates a layered character that’s always strong, yet perpetually vulnerable.  The rest of the supporting cast is strong with other standout performances from Imelda Staunton (Harry Potter’s Professor Umbride) and Dominic West.  The characters are fleshed out people, not merely elements for the plot to move forward.  The film is about more than the mysteries in the building, but also the broken souls who inhabit it as they cope with the destruction of The First Great War.

The sound editing and score works well, giving us an immersive sense of the school for boys.  With a theatrical release date of August 2012, I have no idea how this film missed my radar.  It has however been recently released on DVD and Blu-ray.  My strongest recommendation to anyone looking for a somber ghost story; check out The Awakening. 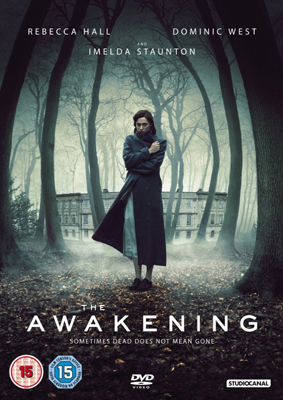