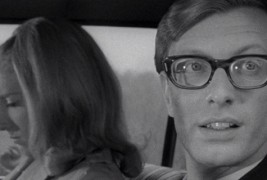 Pittsburgh, PA – the Steel City, an industry leader in this great country. If the question were asked to name three figures that impacted this area, a multitude of answers would be given. The history buffs would drop names like Washington, Carnegie, and Mellon. Sports fans would retort with Clemente, Lambert, and Lemieux. Fans of the macabre may have a different answer. No, horror fans’ Big Three probably have never held up Lord Stanley or Mr. Lombardi. They master in something else, something that always creeps into your mind every time you watch a movie with their names on it: Fear. The Big Three that I’m referring to are George Romero, John Russo, and Russ Streiner.

Nearly 45 years ago, they changed the face of the zombie movie with Night of the Living Dead, which was filmed right here in Pittsburgh. Sure, there were horror movies long before NOTLD as well as a massive assortment long after its release. None, however, can strike fear into your hearts, minds, and bodies in quite the same way. NOTLD was often imitated, never duplicated (not even by the remake in 1990) and now it is being brought to a whole…new…level.

In the past six months, I’ve had the privilege of interviewing two out the three masterminds behind NOTLD. The first was John Russo who gave us a preview of things to come by announcing Night of the Living Dead Live. This time, I had the pleasure of speaking with Russ Streiner. True fans recognize him as Johnny in the black-and-white classic with his chilling line, “They’re coming to get you Barbara; they’re coming to get you!” NOTLD Live is now a reality and who better to give us the inside scoop than one of the men right on the front line of the action?

RavMon: Night of the Living Dead Live, I never thought I would see such a thing. What made you decide to turn the movie into a play?

Russ Streiner: I saw it for the first time last night and I have to say that you and other fans will not be disappointed. I have to tell you it’s not just a fuzzy carbon copy of the whole thing. It has the same characters, story points and so forth. What the guys from Nictophobia Films have done with this is unbelievable. I’m anxious for everyone to see it. When are you planning to see it?

RavMon: If it ever comes to Pittsburgh, I’ll be one of the first in line. What brought NOTLD from the silver screen to live?

RS: George, John, and myself are the people responsible for the administration of the rights for NOTLD. Those rights are owned by a company we have in Pittsburgh called Image 10. We have not ever authorized anyone to do a live presentation until we ran into the fellas from Nictophobia Films, which is based out of Hamilton, ON Canada. When they approached us…you know how you get a sense of the vibe coming from someone when you look in their eyes? We made the decision it was high time we authorized someone to do such a show. These are the guys we authorized. NOTLD Live came from that. As I said before, in many ways it’s the same and in many ways it’s different. For fans of the original, they’re not going to be disappointed. When they see some of the new adaptations, it brings a tone of life to the party.

RavMon: I understand the show is opening in Toronto, has a Pittsburgh date been confirmed?

RS: I don’t know that it has been confirmed. I do know Christopher Harrison, one of the three producers, came into Pittsburgh and chose a theatre, but I think the dates are not available. So I don’t know if the plan is to move the show to other cities but I’m sure over the next couple of months those things will work themselves out.

RavMon: Before I get to the next question, I have to say that your line “They’re coming to get you Barbara,” is one of my favorites. The fact that I have a mother-in-law named Barbara makes it all the better because sometimes I wish “they” would come to get “her”.

RS: Very funny. If you’re from Pittsburgh, I’ll tell you what I’ll do for you. If she’s a horror fan, and you’ve taunted her with that line, get in touch with me through the Pittsburgh Film Office and maybe we can arrange a little prank someday.

RavMon: That would be awesome! Recently I met with one of your counterparts, John Russo. After first researching and then speaking with him, it appears that he takes a lot of criticism from horror fans in regards to NOTLD as well as other projects. I think it’s undeserved and would like to know your thoughts on it.

RS: There were a variety of reasons involving the 30th Anniversary Edition of NOTLD, some of which had to do with the legal issues involving the copyright. One of the things the 30th Anniversary satisfied is that we were able to add some new material to the film for the legal protection. The thinking going into it and why some of the criticism is unjustified is NOTLD still exists. We never felt the original classic was being tampered with. I think the criticism is unjustified. I’m sure there are going to be some people who criticize NOTLD Live as a stage play because for some people it will always be locked in their mind as a classic movie. I firmly believe NOTLD Live deserves its own breathing space. It’s a different presentation of familiar material (continued after the pic). 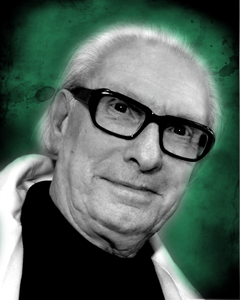 The other thing I would say to critics, it’s one thing to criticize somebody and it’s another to get off your duff and create something worthy of said criticism. Being a critic and spending other people’s money are the two easiest things in the world. Go out and create something yourself and see how easy or not easy it is to do. I think people will find it not as easy.

RavMon: I couldn’t agree more. John told me that he was okay with other zombie shows, movies, etc, as long as no one stole the idea for NOTLD. From my understanding, there really isn’t an explanation for why people “turn” in your films. That being said, do you think The Walking Dead has copied the idea? People turn when they die even if they’re not bitten in that show too.

RS: If what you told me is true, I do think there is some borrowing. To be honest with you, I have never watched an episode of TWD myself. It’s not for any snobbish reasons; I just have not been interested in tuning in even though a Pittsburgh-er, Greg Nicotero, is the executive producer of the show. I know Greg, I like him, I just never watched the show. As I said, if what you tell me is true…let’s face it, in the real world, if you’re going to buy into the zombie apocalypse theme, you know lines are going to be crossed. I don’t think it’s anything anyone needs to get totally bent out of shape about.

RavMon: Has anybody approached you about another remake?

RavMon: One thing I’m sure you three are hoping for is NOTLD Live attracting new fans to the concept?

RS: I think that’s going to happen.  Unlike some other stage shows, NOTLD Live is family friendly. It’s not something where you come away and the first four rows are covered in blood spatters or anything like that. It’s not that at all. This show presentation relies more on its wits and imagination and the simple craft of how it’s written.

RavMon: Talking more about the live show; I’m going to go out on a limb and say it’s probably not a musical considering that’s the direction most of the classic movies-turned-plays have gone lately. On the other end of the spectrum, you have one of Pittsburgh’s great playwrights, August Wilson, whose shows focus on actors, setting, and era. Does NOTLD Live fall somewhere in between those two descriptions?

RS: NOTLD Live is fully produced with musical cues and lighting. The comparison between our show and an August Wilson play is a pretty big stretch. What it does have is it brings a whole new dimension. When you sit in front of live actors and the energy they bring with the performance, you get drawn into it. It’s almost impossible not to [be drawn into it]. The root of the story is the same comfortable plot that was established 45 years ago and takes a twist with some humor. It’s not a musical but I will tell you there is a musical number in the show…definitely not a full blown musical though.

RavMon: I can appreciate and am certainly excited for NOTLD Live. I’m sure it will be a big hit with the fans. That being said, what’s to stop John and yourself, or all three of you for that matter, from making a true horror version of Return of the Living Dead? John mentioned back in December that George borrowed some ideas from the book when he made Dawn of the Dead and didn’t think it would make a good movie at the time. How about now though? That story is truly scary.

RavMon: Given that a lot of time has passed, do you think ROTLD would make a good movie true to form?

RS: That is a good question and that would have some possibilities. I don’t know exactly and we would have to go back and look at the old contracts to see what rights were signed away with that deal. That’s definitely something that warrants some looking into. Looks like they’re coming to beat me with whips to get off the phone. I must call an end to this meeting.

RavMon: Thanks for your time Russ, it was a true honor….

There you have it folks, another mind behind Night of the Living Dead taking part in keeping alive one of the greatest zombie films ever by allowing it to go live. Want more details? Head to www.nightofthelivingdeadlive.com for show times. You’ve been warned!