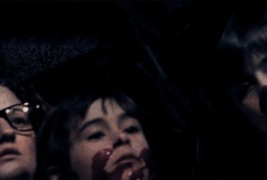 A lot of this film looks and feels like something Guillermo Del Toro would have made some twenty years ago. There’s an ambitious vision behind the camera with Children of the Night and while it doesn’t always translate into an excellent film, there’s enough to like about this project to recommend a viewing.

Journalist Alicia is contacted by a small Catholic orphanage referred to as “Limbo” to come visit and report on the mysterious “sickness” that plagues the home’s children. Alicia had a difficult childhood of her own, so she instantly feels compassion for these youngsters. Lo and behold, that sickness is actually vampirism, with the children being turned to blood suckers at the peak of their youth by selfish adult vamps.

Alicia has a hard time wrapping her head around this revelation, and understandably so. Not so understandable is how quickly Alicia ends up siding with the children and their mother-figure, Erda, who runs the orphanage. While her rocky childhood certainly plays a part in her turning against the human race, I would think there would be more inner conflict with this decision for Alicia. Alas, the film only runs for 105 minutes so this can be forgiven.

When a group of local vampire hunters close in on Limbo, dead set on destroying the ankle (and neck) biters, Alicia has no problem cheering on the children of the night during the film’s big finish.

The idea of a vampire safe haven being disguised as an orphanage is an interesting and creative one. While the blood drinkers look like adolescents, many are well into their mid-30s, including a blonde-haired boy by the name of Seigfried who knew Alicia when they were both youngsters and who now has all of the desires and intellect of a thirty-two-year-old man trapped in a teen’s body. Seigfried and Alicia clearly have a connection that would be cringe-worthy if not handled respectfully by Director Iván Noel, a relationship in which Seigfried at one points asks Alicia if he can penetrate her among other weird moments between boy and former friend who is now an adult. 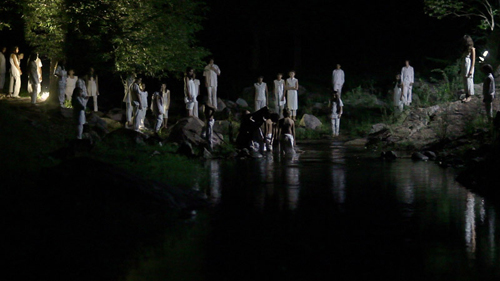 Director Iván Noel has been known to tackle adolescence in previous films so it makes sense that most of this film centers around the children who are stuck in eternal puberty as opposed to, say, fleshing out Alicia’s character more. I assume this is also a reason we don’t meet the vampire hunting group until over halfway through the film.

Aesthetically speaking, the film is a real pleasure. Children of the Night is shot mostly in the dark, and the contrast of the inky woods through which children in stark white pajamas frolic is only one example of how eerie a film can be just by setting the mood with good old fashioned Mother Nature. The soundtrack work by Noel is also superb, except for the song during the climactic big fight, which sounded like it belonged in a Lost Boys sequel as opposed to the big blood bath payoff in this film.

The film is dark, both literally and metaphorically, but it jarringly still makes room for some gross comic relief, including a pair of girls playing jump rope with a victim’s intestines and a game of soccer that is a clear nod to Hostel 2. Unfortunately, these little chuckle moments detract from the overall mood and momentum of the film.

For all the blood and dark humor in the film’s one hour and forty-five-minute running time, Children of the Night plays more like an art house melodrama than an out-right fright flick most of the time. This one certainly isn’t for everyone, but if you like foreign horror and give bonus points for creative deaths and gore, Children of the Night deserves a chance. 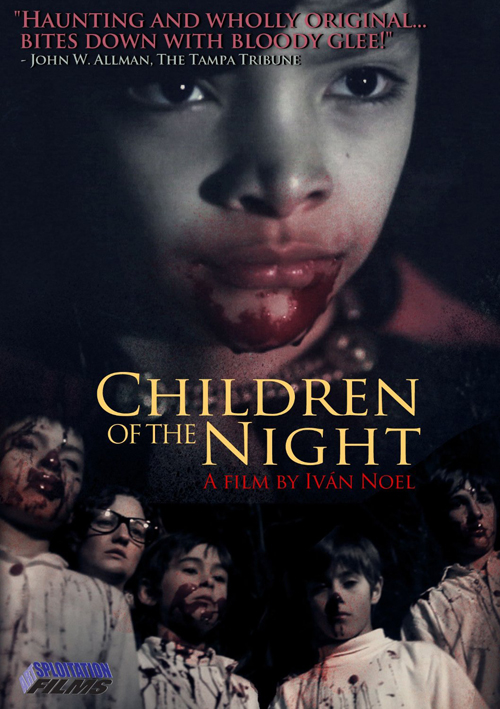 One thought on “Children of the Night Movie Review”