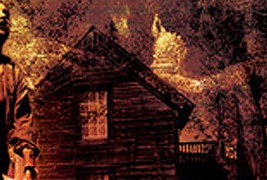 Everyone has a line that he won’t cross. Some point that you just won’t go beyond, where you will stand, proud and defiant, and to hell with the consequences.

For some people, Jar Jar is a bridge too far. Or nipples on the Batsuit. Or SANDINISTA! Then there are those for whom MANNEQUIN 2: ON THE MOVE is an unheralded cinematic masterpiece that redefined an entire medium.

I’m talking not so much about taste as about tolerance. Well, except maybe in the case of MANNEQUIN 2; clearly that person is a dangerous lunatic who should be shunned. There’s just some pop culture that you’re not gonna have any tolerance for. No matter how many times someone tells you to watch COMMUNITY, you just wanna punch that guy from THE SOUP across his stupid jaw.

Conversely, everyone has something that he knows isn’t really all that good, but that he’s a sucker for regardless. Like, I dunno, the Van Damme oeuvre, or JAWS IV: THE REVENGE (just as I have a fondness for citing obscure, shitty sequels). And with the overwhelming number of choices available to us, and with so little time to read/watch/listen to/experience everything, it’s getting harder and harder to determine where that line is between guilty pleasure and thing to be avoided.

So that brings us to AMONGST THE DEAD by David Bernstein (available from Samhain
Publishing). This is a book about Riley, an orphaned 12-year-old girl trying to survive following a zombie apocalypse. There’s a lot to recommend in this book, but is there enough to recommend to spend your time on it?

So, the good. Mr. Bernstein is a frequently ballsy writer who knows how to cater to certain audience expectations, i.e., gore, and lots of it. The world he creates in post-apocalyptic upstate New York is cold, hard, and unforgiving. And in Riley, he’s created a protagonist who’s strong, crafty, and resourceful. She’s a lot like Arya Stark, as a matter of fact, and that’s not a bad thing.

Bernstein also keeps a pretty solid hold on his tone as well, which is actually harder than it seems it would be. He keeps things suitably grim, befitting his genre. From the opening prologue, which ends with Riley’s father killing himself after a zombie attack, through the many attacks Riley has to fend off, Bernstein keeps the reader grounded.

AMONGST THE DEAD, however, has an overly simplistic, Manichaean worldview. People are either selflessly helping Riley or trying to rape her (or so it seems. She’s almost raped a lot. There’s also the undead, but they’re pretty consistently all about the feasting on human flesh, and good for them, I say). I was really looking for more shades of gray here, or any shades of gray at all, to enliven the read and engage my interest more.

Bernstein shows promise, but at least judging from this book, he has a number things to work on to become more than a niche, throwaway writer. Beginning with his genre. There’s a ton of zombie- or post-apocalyptic dystopia-related material flooding the market right now, and AMONGST THE DEAD does nothing to distinguish itself in any way. The book refers to an “eye-brain connection” that must be severed fully to kill a zombie, but clunky wording notwithstanding, this doesn’t individualize AMONGST THE DEAD’s zombie story from any other one.

A useful counterpoint here, and one that I thought of often as I was reading this, was Justin Cronin’s THE PASSAGE and THE TWELVE. Whatever you feel about the merits of these books, the world Cronin created — despite the obvious similarity to something like THE STAND — feels unique and lived-in. The vampires are referred to as “flyers,” “virals,” etc. This distinguishes these vampires from Dracula, or the vampires on Buffy, or in LOST BOYS, or any others out there. Bernstein, by contrast, refers to his zombies as zombies, or more unfortunately, the walking dead. This makes them feel like zombies straight out of central casting. The repetition of these names, over the course of the book, certainly contributes to the generic feel.

While there are numerous scenes of dramatic tension, there’s zero overall tension to pull the reader through the book.  Riley never has any sort of long-term goal. When she lives with a family in post-apocalyptic harmony, the book completely bogs down. Conversely, when she’s abducted by a creepy cult, suddenly the book comes alive, since Riley is actively plotting her escape. This gives the readers something to root for.

David Bernstein is a writer with an impressive imagination, but often his grammar, syntax, and word choice didn’t allow him to tell his story as compellingly as it could have been told. He has the makings of a much better writer. AMONGST THE DEAD reads like a book that was polished all to hell but was never given the thorough rewrite that it required. As a result, only the biggest zombiephiles will get much out of this, and even then, there are plenty of other options that do as good a job if not better at scratching the zombie itch. 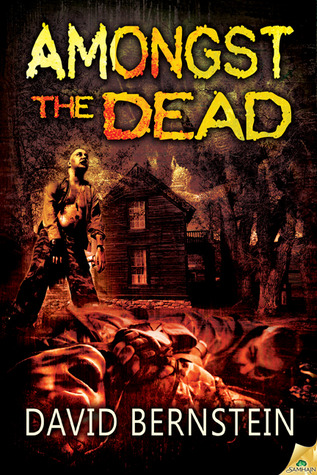