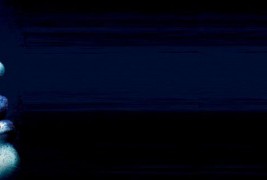 Russian literature, or at least the type you might read in college, is known for its intensity and mountains of cerebral ramblings on all things unanswerable. From Dostoevsky to Bulgakov, the best Russian writers don’t deal with miniatures or micro narratives. The Brothers Karamazov somehow manages to tackle both familial relations and the heart of Christianity, while Yevgeny Zamyatin’s We accurately depicts the character of tyranny in the modern age. In sum, it’s hard to distinguish your run-of-the-mill “GREAT RUSSIAN NOVEL” from a work of profound philosophy.

Sergey Kuznetsov’s Butterfly Skin is no different, but it’s deceptively brilliant. On the one hand, this novel is about a serial killer and the lengths to which a journalist will go to uncover and capture the man who has been eviscerating young women all across Moscow. On the other, this novel not only attempts to uncover the current Millennial malaise facing a country which is still struggling to define itself after decades of Soviet autocracy, but it also tries to do the impossible – adequately describing evil and the attendant heart of darkness. Only a Russian could do all three, and Kuznetsov more or less pulls it off without succumbing to verbosity or too many meandering diatribes.

According to the old worldly wisdom for aspiring writers, you ought to write what you know. In Butterfly Skin, Kuznetsov sets his serial killer loose amidst the milieu of internet publishing. Ksenia (or more formally Ksenia Rudolfovna) is a young IT director/senior editor at Evening.ru and she’s Kuznetsov’s muse. Like Ksenia, Kutznetsov first cut, then sharpened his teeth in the world of internet publishing. But unlike Ksenia, who finds herself in the cynical world of Putin, what with its Chechen terrorists, fixed and predictable politics, and its unrelenting focus on material gain, Kuznetsov was first anointed in the Yeltsin years when Russia was brimming with exciting possibilities. It’s hard not to hear Kuznetsov’s voice echoing in Alexei, a self-described “successful failure” and a journalist obsessed with both his adultery and his failure to go to Chechnya when the action might have netted him fame and fortune, when the topic of pre-Putin Russia come up:

“The 1996 elections were coming up, the Russian oligarchs were spending freely to support Yeltsin, and Alexei realized there wouldn’t be another opportunity as good as this for earning money for a long time. And in addition, no matter what, he still preferred President Yeltsin to the communist leader Zyuganov, and in agreeing to take part in the local offshoot of the youth program “Vote, or You Lose!” Alexei wasn’t even really sinning against his conscience all that much – and that feeling was so intoxicating that just for a moment Alexei believed he really did have a brilliant future ahead of him.”

Unfortunately, Alexei’s “brilliant future” goes bust, and like Alexei, Russia in the 1990s became the Russia of today, where the bright-eyed youth voters have turned into crotchety cab drivers who pass the time contemplating the differences in demeanor between World War II veterans and the veterans of Russia’s recent wars in the Caucasus. Aping Tim O’Brien and his assessment of some Vietnam veterans in The Things They Carried, the cabbie just says: “…they come back from Chechnya mean.”

Is Butterfly Skin prurient? Yes, emphatically yes. But, the pornography in Butterfly Skin serves an important role. Besides accurately portraying how much sex has seeped into every aspect of our internet-fueled lives, Butterfly Skin’s raging literary hard-on successfully depicts the short, gray line between healthy and unhealthy psychoses. Ksenia’s absorption with all matters violent and violently sexual are not that far removed from the killer, who himself seems far more romantic than Ksenia. Take for instance the killer’s rumination on the seasons and the art of killing:

“It is good to kill in the winter. Especially if it has snowed overnight, and the ground is covered with a delicate blanket of white. You put the bound naked body on it. The blood from the wounds flows more freely in the cold frosty air…”

As it turns out, it’s fine killing time every season, but in comparison to Ksenia’s fantasies (which are always graphic and are only softened when she reads the horrendous comments thread on her serial killer-themed website), the Muscovite sex murderer is a tweed jacket – an oddly literate individual with a knack for raping, torturing, and just generally making a very red scene.

In Butterfly Skin, readers are not only treated to in-depth explorations through the psychologies of a diverse array of characters (all of whom come off as sickos or weirdos in their own right), but also a very Russian history lesson concerning its homegrown bad men. If you don’t know the names Chikatilo or Slivko, then you will halfway through this novel. American serial killers appear too in this bloody book, so at the very least Kuznetsov is an internationalist.

The only fault with Butterfly Skin is its sometimes slow development. Too many pages are spent on the upbringings and relationship problems of Ksenia and her murder of friends. One too many passages take place in cheap Japanese restaurants, while at times too many characters gum up the works with their voices and concerns. This book is not for the easily moved or those poor saps who easily fall prey to other peoples’ problems. Butterfly Skin is actually a rough read overall, but Kuznetsov’s prose and his insight into the contemporary world make finishing this thing more than worth it. 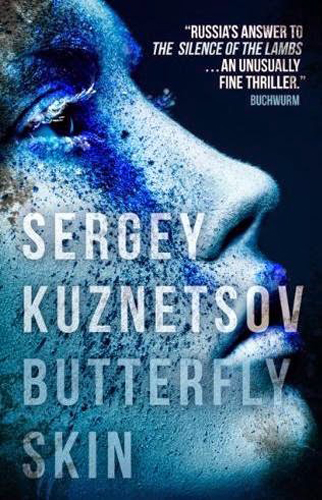