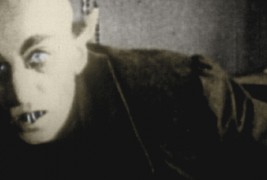 From ghoulies and ghosties

And things that go bump in the night,

When I was a kid I really wanted to study dinosaurs, then I wanted to study sharks, then I wanted to study reptiles, then I wanted to write horror.  My Mom and I used to go to Harry’s Farmer’s Market in Atlanta, Georgia, and pick out whole fish from the freshly caught counter–salmon or mackerel or whatever was the catch of the day–and cook them together.  At twenty-eight, my cooking skills flounder if I’m expected to do any more than press a button or wait for a toaster, but the fascination I had with examining those fish, guessing at the ways they must have moved and the things they must have eaten, stays with me.  At age six I was more excited to find bits of half-digested crab in the guts of a pompano than I was to go to Chuck-E-Cheese.  I had a wishlist of fish I wanted to buy and examine, the weirder the better.  What fascinated me was the beast–Tyrannosaurus or Komodo dragon or lowly pompano.  Horror fascinated me–and still fascinates me–because it gives me more beasts to dissect.

Okay, I talked a good game in college about the importance of literary fiction.  I answered on cue about the importance of thematic concerns and breaking down outdated narratives embedded in a heteronormative/Eurocentric paradigm.  And you know something?  I fucking lied.  I can’t write stories without monsters.  RavMon’s Editor-in-Chief, Jason gave me generous permission to do a monster-of-the-week miniseries exploring some of our most archetypal beasts.  We’ll start with vampires.

I have to be honest: there’s a small part of me that still likes vampires a lot, and not because they’re sexy.  Being eternally young would be nice, but what’s so neat about vampires isn’t their perpetual youth, but their tie to history.  Unlike werewolves, golems, zombies, etc., vampires are immortal.  They live forever, and that means that any given vampire could potentially remember what life was like centuries ago.  Very few writers (to my knowledge) have really considered the ramifications inherent in this.

Have you ever talked to somebody, say, a generation or two older than you who thought all music past 1975 was just noise, or still bore a grudge against Communists or the Japanese, or held racial attitudes that might charitably be called old-fashioned?  Remember how you had to tell yourself that whoever you talked to–older relative, coworker, neighbor–was just a product of their time?  Now imagine that instead of having a coworker who hates rap music or a great aunt who uses terms like “darkie” oblivious to their offensiveness, you have somebody who grew up being taught that anyone from the Indies was a benighted heathen or that slavery was part of the natural order of things or that Mongols were intended to rule the world by decree of the divine and eternal Tengri.  Still want a vampire lover?

Wikipedia tells me that Edward Cullen of Twilight was born in 1901 and got vampirized in 1918 during the influenza epidemic, putting him about a decade past his centennial at the literary present.  Think of all the things that might occupy a seventeen year-old guy’s mind in 1918.  World War I springs to mind immediately–if the fighting didn’t end, he would have faced the very real possibility of heading to the trenches in a year.  Ragtime, not rock, would probably be closer to his taste in music.  Immigrant hordes would be pouring over into America, distrusted by some and hated by others.  Jim Crow would have been the rule in the South, and people who had been born slaves and fought in the Civil War and Indian conflicts would still be alive, if aging.  Do you like the idea of having a relationship with somebody who would most likely have attitudes very similar to those of your great-grandfather on things like marriage, courtship, politics and a woman’s place?  If so, then by all means, imagine a star-crossed affair with Edward Cullen.

I know tastes change over time, but somebody who was last seventeen in 1918 will not think the same as somebody who is seventeen in the first years of the third millennium.  The further you go back in time, the stronger the dissonance will get.  And 1901 is still a lot closer to us in terms of attitudes than Renaissance Italy, the Crusades, or ancient Rome–all popular eras for vampires to hail from.[1]  This shoots down the whole Byronic Hero concept popular in vampire fandom today, but it opens up possibilities far more fascinating.  How do we see the world from the eyes of somebody born in Mughal India?  At what point would he stop thinking of himself as Hindu or Muslim or Maratha or Gujarati and begin to think of himself as something other (vetala or bhuta first, perhaps)?  Not only would this make an awesome set up for a story about a Ghurka vampire who kills other vampires with his kukri (sweet!), but it also begs interesting questions about the mental price of immortality and at what point one has seen so many generations of mortals live and die that the killing of any one human, no matter how painfully, seems trivial?

I’ve thought about this stuff too, I have to confess.  Usually I imagine what it would be like if I got vampirized, say, in a few decades and then kept existing centuries into the future, witnessing the rise of religious fanaticism and government-sponsored vampire hunters.   Sometimes, though, I’ll go backward and imagine myself as, say, a Spanish Jew who joined the conquistadors and ultimately received the gift/curse of vampirism after meeting Tezcatlipoca[2] at a crossroads in Tenochtitlan in 1519.  A secret Jew who becomes a vampire–another being who must hide its identity to avoid persecution–raises some interesting thematic possibilities.

But when I think about it’s a total power fantasy.  As a centuries-old vampire, I wouldn’t do the wanky Edward Cullen thing and try to perpetuate some sort of bullshit Masquerade as a “vegetarian” vampire.  I’d be taking humanoid jaguar-form and tearing out the throats of people who displeased me or offended my antiquated values.  My idea of a fun night wouldn’t be staring dreamily at some stupid seventeen year-old mortal, but throwing huge festivals for my fellow vampires filled with buffets of living prisoners on tap.  Oh, maybe there are younger vampires who try to do the Edward thing with the sensual bites and promises of immortal devotion, but I’d probably hunt them for fun as readily I hunted the living.  Maybe I could stake them out to combust in the sunlight like undead firecrackers to celebrate the anniversary of my vampirizing, or set them loose in an underground maze and stalk them down one at a time.

And that still sounds more fun than going to Chuck-E-Cheese.

[1]Kim Newman in his brilliant book Anno Dracula discusses this point exactly. The story takes place in an alternate Victorian England where Dracula defeats Van Helsing and ultimately goes on to marry Queen Victoria. Socialites like Oscar Wilde adopt vampirism as the next big social trend and the murderer “Silver Knife” wanders London slitting the throats of vampire whores. Arthur Godalming is one of those who embraces vampirism (Newman makes it work) and he reflects on how the older vampires are like museum pieces: Dracula still impales people on stakes and Francis Varney employs medieval methods of discipline in his Viceroyalty over the British Raj.