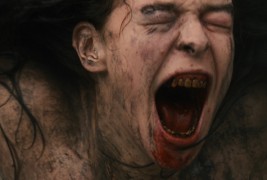 Independent films, especially in the horror genre, are a whole different ballgame than their Tinsel Town counterparts. These lower budget productions are all but completely judged on their ingenuity, shock level, and squirm factor.

It should come as no surprise that independent horror has leapfrogged the Hollywood opposition over the last several years, if not couple of decades. Where Hollywood reaches blindly for gratuitous sex and mindless sequels, the indie scene is chock full of original ideas, poignant commentary on current social events, and groundbreaking direction.

Meet Lucky McKee. If you are looking for a gentleman who has done more to turn the indie horror scene on its head in than this self-made genius behind the camera lens, you’ll be hard pressed to match the heavyweight sucker punch McKee’s films pack.

McKee is not afraid to push any buttons necessary to provoke his audience to think about and discuss what they have just seen. A topic he has faced head on, with no mercy, has been that of feminism. You won’t find any rainbows or lollipops in McKee’s examinations of the female psyche or the gender’s perception of society today. McKee has defined the subgenre and it only took two films for him to do so.

May follows the daily routine of a young woman who is the definition of emotional train wreck.

Being born with a lazy eye, May is led to believe from an early age that it’s going to be awfully hard for anyone to like her for who she really is. Hence, she wears an eye patch and her mother gives her one of the creepiest dolls I’ve ever seen.  May’s mother delivers one of my favorite lines in film when she tells May, “if you can’t find a friend, make one,” after giving her daughter the doll in a glass case. Once we get to about the ninety minute mark of this fantastic film, we see May take this advice to heart in every perverse way possible.

Angela Bettis, a McKee mainstay, delivers a performance worthy of award nomination as the lead role. May is a social outcast who lives her twenty-somethings in a lonely apartment with nothing but her doll and macabre interest in amputation and veterinary surgery to keep her at least straddling the edge of sanity.

When all hell breaks loose in her life and her psyche shatters (along with the glass case holding her beloved doll), May goes on a rampage fit for a serial killer franchise. A modern day twist on the Frankenstein tale with a heartbreakingly tortured soul as the lead, May takes on several topics and shatters just about every archetype Hollywood seems so hell-bent on keeping in place for the sake of the big bucks at the box office.

The most omnipresent issues at hand in this film is one that most of us can relate to, in some way, shape, or form – a social outcast is pushed over the edge and takes out her pent up angst and pain on others. Sadly, our society has seen this far too much on the news on an almost weekly basis. However, McKee takes it a step further when we watch all of it happening from the viewpoint of the outcast. We aren’t just seeing bits and pieces of this person crumbling emotionally, we are watching every second of her life. She’s playing with blood, killing a cat with an ash tray, and nuzzling against a sleeping young man in an outdoor café. Red flags, ahoy!

While we witness the brutal psychosis from the female’s perspective in May, McKee flips the script in his latest venture into feminism horror.

The Woman has drawn enormous buzz, both from solid reviews as well as a Youtube video of a male audience member going berserk after the film’s screening at Sundance. The fellow took great offense to the film’s upsetting subject matter and stormed out immediately as the closing credits began to roll.

The Woman, based on the book by Jack Ketchum, centers on a feral woman (played masterfully by Pollyanna McIntosh), presumably the last remaining wild child from Offspring, a vicious film based on another book in Ketchum’s Dead River series. While The Woman is a sequel to Offspring, the film can also stand up on its own two legs.

When the woman is seen roaming the woods by a weekend hunter, it’s not long before the lady of the woods is chained up in a cellar by the man.

The patriarch of a family that looks as if it has been taken straight out of a Norman Rockwell picture, Chris Cleek (played by Sean Bridgers) is firm in his belief that he is doing what is right by breaking and civilizing the woman at all costs.

Fractured relationships, macho superiority, and a twisted perspective of who’s really the savage in all of these events dominate the film. It all leaves the audience sympathizing with the woman who was busy assisting in a rape and stealing babies on a murderous rampage in Offspring.

The film demands you to answer the question: Who is the real savage here, a man believing he is doing what is morally right, or the woman who is caged up and frowned down upon for the life she was born into?

While May went after issues of social outcasts, The Woman attacks female oppression head on.

We watch as Pollyanna McIntosh’s character is chained up in the family cellar, subjected to dehumanizing hose-downs, physical violence, and two sexual assaults that will leave a slimy weight in your gut.

The wife of the hunter, aced by Angela Bettis, is constantly verbally intimidated. She’s reminded of her place in the household with a brisk slap to the face. Ultimately, she is beaten as badly as the woman.

The oldest daughter is suffocated to the point of suicidal thoughts.

It’s not a pretty picture, but McKee achieves what he was going for – to show the rot beneath the façade of Americana with the many angles of feminism as a strong undercurrent.

Lucky McKee has carved a deep niche into the world of independent horror. He doesn’t go for the glitz and glamour and he doesn’t cut corners. He’ll grab you by the nape of your neck and push your face into subject matters that you wouldn’t dare go near if you had a choice. Yet, he manages to do so with such a stroke of masterful filmmaking that you are left questioning your own morals and beliefs.

Feminism has been an agenda that has always pushed wedges into our society. It’s not going anywhere anytime soon, and we are fortunate to live in a day and age when women are able to express themselves freely and let the world know they can be victims, villains, heroines, and everything in between. McKee gets it. Here’s hoping we haven’t seen the last of Lucky in this genre. 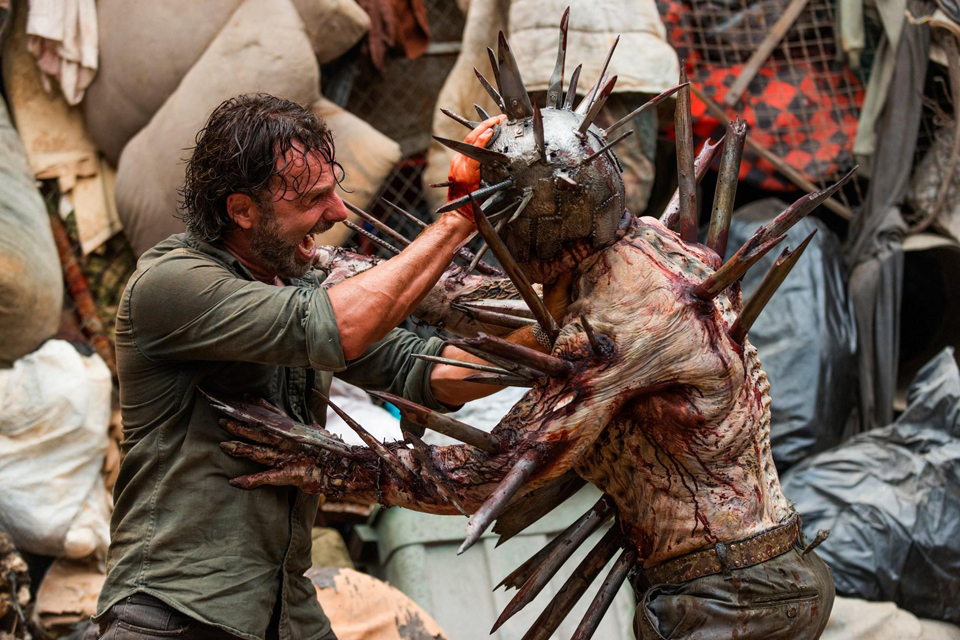