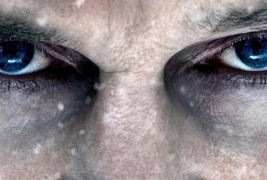 Liam Neeson fights for his life against a pack of bloodthirsty wolves in The Grey—the action, adventure, drama that just hit theaters this weekend. Though its officially been caste into the abovementioned genres, I think upon closer examination that it could easily be labeled as a horror film not because it was HORRIBLY DEPRESSING, but because it secretly contains all the basic story elements that can be found in most horror films.

First, for those of you who haven’t seen it, The Grey is about an oil drilling team struggling to survive after a plane crash strands them in the deep, icy mountain wilderness of Alaska. To complicate matters, they’ve crashed within the territory of a bloodthirsty wolf pack that perceive the humans as intruders and kill them off one by one.

Liam Neeson’s character, Ottway is a hired gun for an oil company whose job is to snipe wild animals that threaten drill workers—most of the animals being rogue wolves. He’s tough as nails, highly skilled, and suicidal, wanting to blow his brains out because he hates his job and can’t bear being without his wife.

Instead of swallowing a bullet, Ottway decides to keep on truckin’ and hops the next jet out of the drilling site. However, he is given the chance to die a warrior’s death when his plane crashes and he has to lead the team of survivors to safety while fighting off a pack of wolves—wolves that probably got wind of Ottway’s being a hot shit wolf killer during their annual wolf pack conventions and relished the opportunity afforded to them to get some serious payback (that’s not in the movie, but it’s probably a deleted scene). 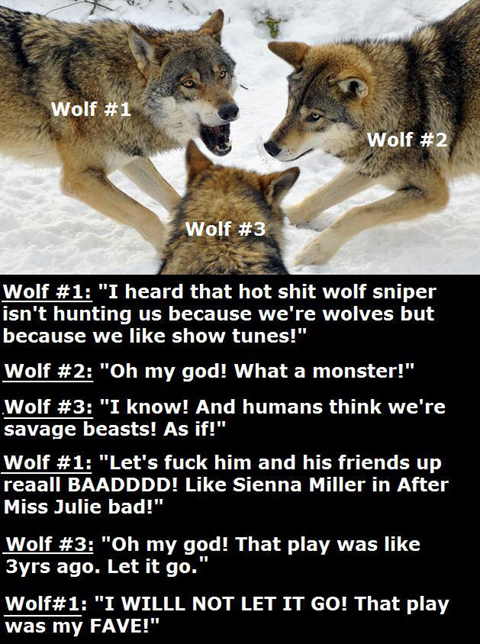 Now, playing upon a theory mentioned in my deadly doctor series that horror is a form of melo-tragedy rather than some kind of blood and guts melo-drama, let’s explore that by taking some of the very basic story elements that make up a horror film and compare them to story elements within The Grey.

In Most Horror Stories you’ll find:

·        A character or group of characters who are in a dire situation that renders them helpless.

Examples: A group of campers lost in the forest. A babysitter trapped in house with no way to call for help.

·        The situation usually involves being subjected to sadistic mental and physical torment, torture, or being hunted by another evil group, dark force, killer(s) or monster(s)

Examples: The lost campers are being chased by pure evil. The babysitter is being tormented by a sadistic killer.

·        The person or persons fight as hard as they can to survive, but have to watch as the people around them or in their group get killed one by one.

·        In the end (be it the end of the first film or the end of the franchise), the sole survivor has a final show down and is ultimately defeated by whatever is pursing them either because they weren’t strong enough, smart enough, or they made some kind of tragic mistake.

·        And of course, there’s usually a good bit of violence and gore peppered throughout the story as it unfolds.

Let me stress that these are the very basic character and story elements of horror. When you boil everything down and try to define it simply, these elements are what you can expect to find in the majority of most stock horror and slasher films. I’ve omitted a lot of the specific archetypes and other details that comprise a good horror movie to save time so we can focus on the basic comparisons that could easily make The Grey fall into the horror category.

Using the elements above as our criteria The Grey has:

·        A group of characters led by Liam Neeson’s Ottway in a dire situation they can’t control when their plane crashes in the middle of the mountains of Alaska.

·        Ottway and his band of survivors are subjected to sadistic mental and physical torment, maimed, and murdered while being hunted by a pack of monstrous wolves.

·        As hard as Ottway and his survivors try to fight, the wolves pick them off one by one which is shown in bloody detail (Not excessive gore, but enough).

·        Ottway is the last to survive and has to face the alpha male in the final showdown, and it’s presumed that he’s killed.

Now the ending, which was beautifully done in my opinion, is slightly ambiguous, showing Ottway getting ready for the final fight for his life and cutting to black as he engages the alpha wolf leaving the ending up to the audience. Did he die? Or kill the alpha wolf and somehow make it back to civilization? This is where the horror theory gets interesting.

By the end of the film, Ottway is half starved, half frozen, mentally and physically exhausted, beaten by the forces of nature and the relentless wolves, and he only has a knife and some broken glass to defend himself against a full grown alpha wolf in its prime. It’s safe to assume that he probably DIES! This fits perfectly with the last criteria of what makes a horror story a horror story, the last survivor finally dies and given the fact that in the film, Ottway leads the survivors away from the crash site and into the forest to get out of the wolves’ territory only to tragically discover that he had been leading them straight into the heart of their den, it’s easy to see how The Grey could fit into the horror genre.

You could also argue that Neeson’s character is a skilled hunter, tough as nails, and in an all-or-nothing situation—an underdog nearly broken by nature and the wolves, but still has some fire left in him to go toe-to-toe with this alpha wolf in the final round to avenge the deaths of the men he led into the forest. The fact that he is half starved, half frozen, pushed to his limits both mentally and physically with only a knife and a fist full of broken glass in his hand makes him more of a savage, leveling the playing field, and making a beast out of him while giving him a good chance of winning the battle. 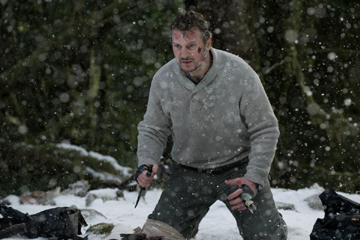 Also, given the fact that he has a lucky GPS tracking beacon strapped to his wrist (given to him by one of the last survivors to die) that transmits an S.O.S. signal up to 40,000 miles on the top of a mountain where this alpha den is, and that he’s near a river in a forest where loggers are known to have cut down trees, there’s a chance he could kill the alpha wolf, cook it, and eat it in front of the other members of the pack which would assert his dominance and make him the alpha beast of the wolves allowing him to live for weeks or months in the mountains making him more and more savage so that when he’s found, he’s so feral and has lost so much of his humanity, that he’s practically part wolf with an unquenchable thirst for blood.

His death could be a spiritual one—an evil transformation. He goes from human to demonic wolf beast.

All I’m saying is that there’s more than enough room for a sequel and potential for a franchise which is another mark of a true horror film.

Don’t let The Grey’s high budget and overly depressing tones try to fool you. It’s not just a thriller. It’s not just an action, adventure, drama. It’s a horror film in disguise, and pay no heed to some of the harsher, more over-critical reviews of this film. It’s not an Oscar winner and it’s a little slow paced, but it’s got a lot of great visuals, creative concepts, and Liam Neeson’s character is a true badass. His back-story is tragic, and even though I’ve given away some spoilers in these scene descriptions, it does not compare to seeing the story unfold onscreen. If you’re a fan of Liam Neeson, a fan of badassery, a fan of wolves, and a horror fan who doesn’t mind a slow paced film, then you will enjoy The Grey (I recommend seeing it on a cloudy or wintery day during a matinee). 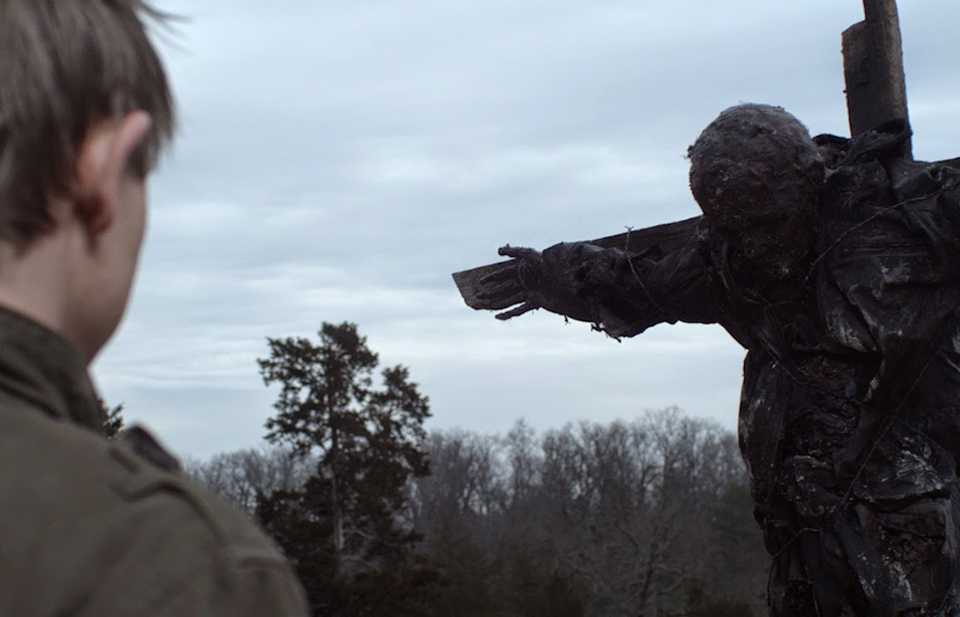 2 thoughts on “Movies that Should Be Considered Horror: The Grey Movie Review”