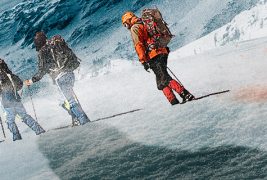 I’ve been watching a lot of ‘80s direct-to-video creature features lately. I couldn’t tell you for sure exactly how I got started down that particular cinematic rabbit hole, just that it’s addictive once you start. Something about B-movie efforts, with their bald-faced earnestness and enthusiastic effects, can’t help but be charming.

Abominable, a 2020 release directed by Jamaal Burden, is exactly that kind of film. And your enjoyment of it will likely be predicted by how much you enjoy other films in its class. Do you have a soft spot for hairy ape-men terrorizing scientific expeditions? Are you willing to overlook the limitations of low-budget practical effects? Then you’ll probably have a good time.

Abominable tells the story of a group of scientists venturing into Himalayas (presumably) in search of a rare plant rumored to have amazing restorative powers. Unfortunately, they’re not alone up there: There’s a yeti, or abominable snowman, lurking in the forest, prepared to kill to protect its home and the secrets of that sacred yeti plant.

The crew discovers the disturbing fate of the last expedition early on but is undeterred in their quest. They decide to split up to cover more ground before an oncoming storm, which serves as a convenient way to separate them and torment them one by one. The plot from here goes roughly how you’d expect, with stalking-and-killing sequences on behalf of the monster, but there are a few twists and a betrayal thrown in to keep it fresh.

At times, the special effects are spectacular, providing some good, creative gore. One shot depicting a crew member having an arm and jaw ripped off looks especially brutal and well-done. But at other times, the film seems to lack polish — guns fire with muzzle flashes in some scenes but without in others; the face being smashed into a tree trunk is obviously not making contact; characters huddle anxiously over blank laptop screens. Watching it made me wonder if there was a reason the film was seemingly rushed through editing or production.

Aside from the gore — which really is quite good — there are a few bright spots of acting and storytelling. Amy Gordon does an especially good job in the role of Dr. Helen, the expedition leader carrying some extra baggage on the journey. She brings some quiet authority to the role and is fun to watch.

All in all, Abominable delivers what’s reasonably expected from a low-budget creature feature. 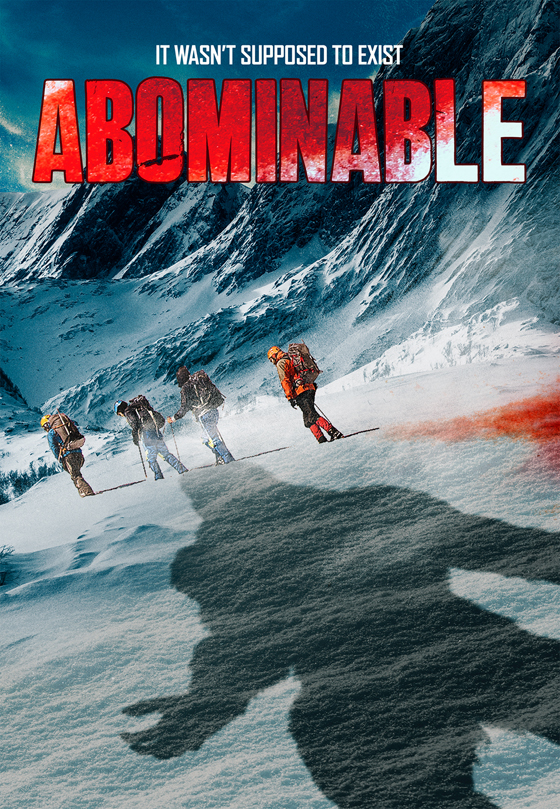