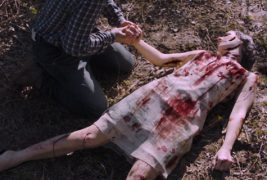 When he’s not busy selling lemonade (NOT iced tea) in that ubiquitous Geico commercial, or slapping cuffs on criminals in Law & Order: SUV, or making light of bountifully curvy wife Coco in TV reruns, or doing what he’s always done best, which is making meaningful music, Tracy Lauren Marrow finds time to light up the silver screen.

Marrow — we know him best as Ice-T — turns that screen red in his latest movie, Bloodrunners, a low-budget thriller written by co-star Michael McFadden. Ice plays Chesterfield, a Prohibition-era bootlegger/bandleader who, with partner Victor Renfield (Peter Patrikios), runs a speakeasy that bears his name. McFadden, as corrupt cop Jack Malone, enjoys shaking down such establishments for cash and kicks.

It’s that shakedown that leads to blood, guts and, ultimately, gory glory, because, as you’ve no doubt guessed, there’s more to these bootleggers than meets the eye. But let’s pause first for some context.

Malone and partner Sam (Dan McGlaughlin) have a good thing going. They carry badges, which gives them power, free hootch and status at the local brothel, run by Rosie (Kerry McGann). Corruption taints them, but that doesn’t mean they don’t do their duty. When a murdered girl is discovered in a field, they arrest a scripture-spouting man of the cloth found rambling about the area.

The vicar, Luther, played by the scene-stealing Jack Hoffman, insists the murder was committed by beastly men. The cops are dismissive, but events are about to make them rethink things. When they get word of a new shipment of booze headed to Chesterfield’s, they plan a stakeout.

It’s at the stakeout that they learn what we already know: Chesterfield’s is a front not just for bootleggers, but for bloodrunners. In other words, it’s run by vampires. The cops gun down the drivers and discover that the bottles they’re shipping contain blood, not booze. And vampires being vampires, bullets are meaningless, so the cops are history.

All but Malone, that is, who had positioned himself out of sight. He’s done in not by a vamp but by a tree limb. When he regains consciousness at Rosie’s place, we know we’re in store for a battle.

One of the subplots involves Anna (Airen DeLaMater), who is Rosie’s daughter, and her boyfriend Willie (Chris Boylan), who works at Chesterfield’s but is an innocent. The young lovers want nothing more than marriage and a ticket out of town, but our old pal Ice interrupts those dreams by taking Anna captive, intending to cultivate her virtuous blood.

Now the battle lines have been drawn. But who best to lead the charge? 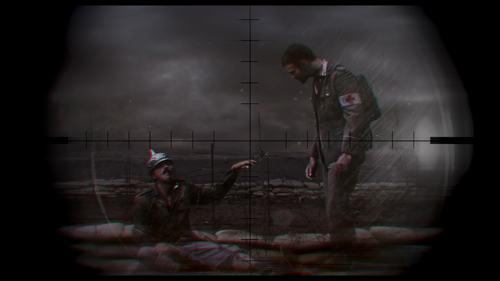 Well, it turns out Malone had a previous encounter with a vampire during World War I, as is made plain in a series of flashbacks. In part, that explains why he’s such a rough-and-tumble, ethics-be-damned cop. Still, the real hero here is none other than the vicar. Turns out his ramblings were on the money and he’s the one who knows all about holy water, crosses and wooden stakes.

We’ll spare the details to save the suspense, but suffice to say you’re in for a bloody mess.

Director Dan Lantz gets credit for making the most of a limited budget. The cars, the costumes and most of the sets make for a pretty slick, nearly authentic production. The special effects are a bit cheesy, but hey, Ice-T probably didn’t come cheap.

And speaking of Ice, his performance here is about what you’d expect. That is to say, adequate. The cream of this cast boils down to the cop, the whore and the vicar — McFadden, McGann and Hoffman. It probably didn’t hurt that McFadden wrote some of his own dialogue.

Overall, Bloodrunners, just released by Impulse-FX, has a sense of its audience, and on that front it delivers. But it’s hardly blemish free. A few examples:

— A shipment of bottles from Canada is encased in crates bearing the maple leaf. Only trouble is, Canada was still flying the Union Jack in 1933 and didn’t adopt the maple leaf symbol until the 1960s.

— Ostensibly set in New Jersey, the car at the stakeout bears a 1928 Pennsylvania license plate.

— And most egregiously, one of our heroes plants a wooden stake in the left shoulder (??!!) of a vampire. No problem, the next scene shows it miraculously moved to the center of the chest … just a tad closer to the heart.

So no, it’s not picture perfect. But there’s at least one scene that makes everything hunky dory.

Remember our vicar Luther, whose one-liners from the Bible rain down like confetti? Well, he takes one for the team and is about to meet his maker. As Malone hovers over him, Luther tries like hell to babble on. Malone asks (and I paraphrase): “What are you trying to say?” To which the vicar says, “I’m trying to find words of scripture.”

He pauses briefly, then says, quite hilariously, “I got nothin’,” and bows out.

And on that note, this reviewer bows out, too. 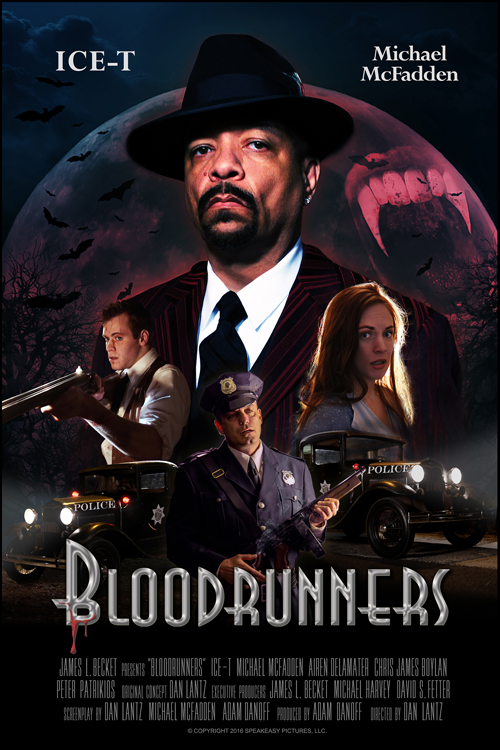