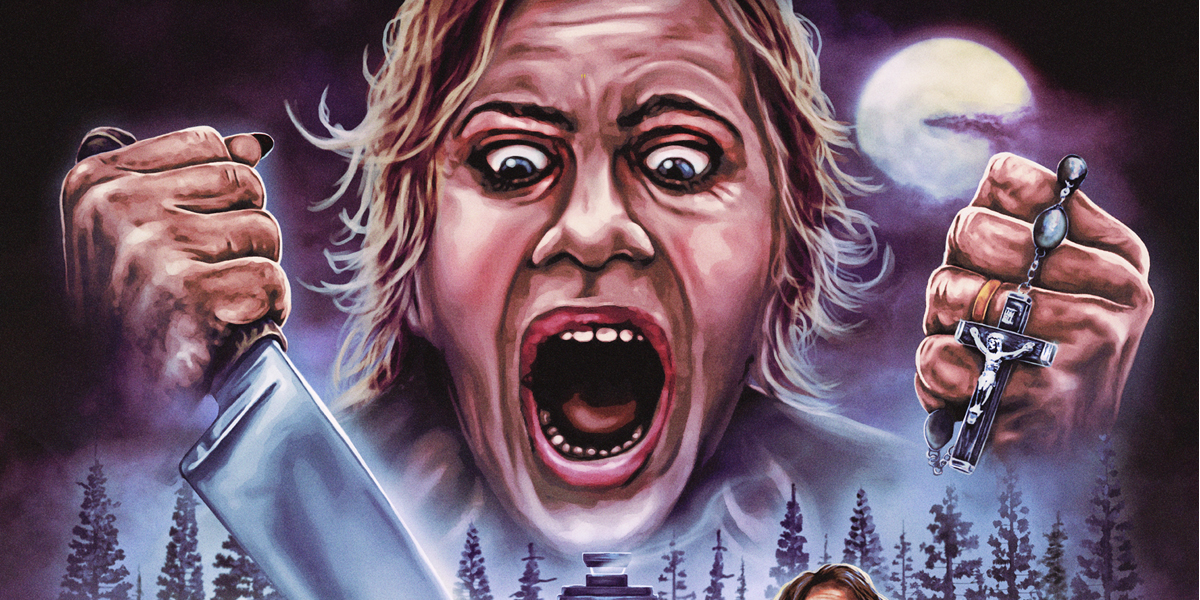 Children of Sin is a crazy, blood-soaked tale about a less-than-perfect pair of parents who send their rebellious daughter and homosexual son to a strange “religious” retreat called Abraham House to save their souls from going to Hell…oh no!! But is everything really as it seems? Grab a glass of a delightful, artificially fruit-flavored beverage and get comfy as I tell you a little more about Children of Sin.

This film comes to us from writer/director Christopher Wesley Moore (Triggered/Blessed Are the Children) and essentially Moore tells a story about a family made up of the pervy asshole stepdad, Robbie (Jeff Buchwald), the anything-for-her-man mom Tammy (Keni Bounds), the troubled…aka whorish… daughter Emma (Meredith Mohler) and Lewis Hines as the gay brother Jackson, who’s the most destined to burn in Hell according to Robbie.

Because the kids aren’t living up to Robbie’s ideal family and religious standards, the kids are shipped off to something called Abraham House to save them from damnation. Emma and Jackson are told that they only have to stay at the facility for three days and as long as they follow the rules, all should be fine, and Tammy will come pick them up. Sounds easy-peasy, right?

Once inside of Abraham House, we’re introduced to Mary Esther (Jo-Ann Robinson). The woman who runs the retreat with the love of the Lord in her heart and a mind for punishment for those who don’t share that same love for Him in theirs. Mary Esther is a perfect mix of Mrs. Voorhees (Friday the 13th) and Sister Jude (American Horror Story: Coven) in her personality and approach to carrying out her vicious kills. But Mary Esther doesn’t see herself as a bad person. All she wants to do is help the children who are sent to her by their desperate parents. However, her staff and the kids under her care that we meet along the way see the truth, and they’re terrified. They try to follow Mary Esther’s rules, but she’s got a strict “three strikes and you’re out” policy in addition to other harsh punishments.

As things in Abraham House begin to turn into a crazy bloodbath at the hands of Mary Esther for one reason or another, plans for an escape are made as Emma and Jackson start to fear for their mother as she’s not called to check in on them as promised. They think that Robbie has done something terrible to her. They do manage to get away, but what they find when they return home might be even worse than what they’d just left at Abraham House.

Children of Sin is a completely fun, really bloody good time. It’s got a great ‘80s B-movie feel to it. You would never be able to tell that this film was made on a budget of around $20,000. The cinematography, gore effects, production design and score are all fantastic. The cast does an amazing job and the story flows smoothly. However, there are a couple of spots where things run a little too long and/or could use a little more backstory or explanation. There are also depictions of suicide, and sexual/religious abuse, so if you’re sensitive to those types of things, there’s your heads up.

Congrats to Christopher Wesley Moore on a job very well done! If you’d like to give this film a watch, it’s currently streaming on Amazon Prime. Enjoy! 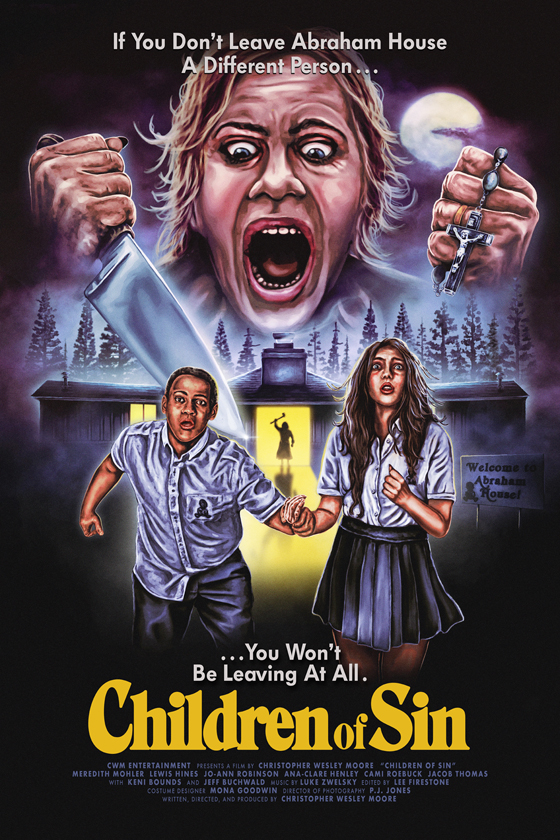