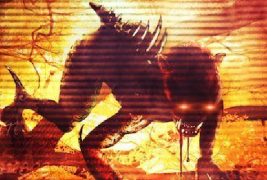 I’ve just finished watching Matt McWilliams’s Chupacabra Territory, and I’m at a complete loss for words. If you know me at all, you know that this rare. It really takes a special kind of movie to make me feel the way that this one has, so give me a moment while I get my thoughts together so that I may share them with you lucky bunch.

In a nutshell, Chupacabra Territory is The Blair Witch Project, only a hell of a lot worse. I’m not going to lie, I found this one tough to watch, because it’s not just bad, it’s the “what the fuck did I just watch?” kind of bad.  Let me try to get this rolling, bear with me.

Of course, we must have a group of super annoying 20-somethings who apparently have nothing better to do with their time than go on a road trip to go hunt after a real-or-not creature in the middle of the woods. I’d like to tell you more about these folks, but absolutely nothing about them stands out. The one and only girl of the group is annoying with her sing-song excitement and her babbling about how she thinks she’s “one with the Earth,” or some such bullshit. The other three guys in the group are all whiny frat-types who try to be funny, but fail miserably. They’re all the kind of people who you’d hate to be stuck with anywhere for any amount of time. Sadly, this is not the only fail within the movie.

Once the group finally arrives at their destination, they’re greeted by a park ranger who informs them that the trail is closed due to “dangerous” conditions, such as coyotes and falling trees, and he tells them to turn around and go home. The group refuses to heed the warning, and naturally finds a way to sneak onto the trail. Once they begin the hunt for the ‘Chup,’ the movie begins its downward spiral. The gang finds strange footprints and they hear strange sounds coming from within the woods. One of the members of the group almost gets killed by one of the falling trees the ranger warned them about. They try to “call” out the creature by being as obnoxious as possible, and this is about the point where I began to root for these people to all die. 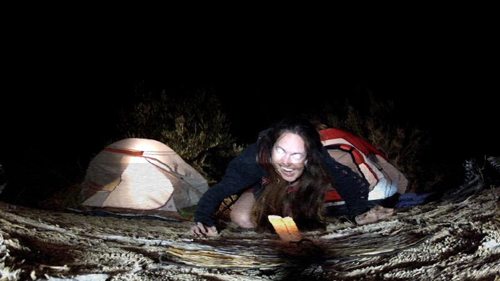 Along the way and out of the blue, another group comes down the trail, looking for their friend who mysteriously has gone missing. The two groups talk for a moment, and party/orgy plans are made for later in the night. Missing friend? Who cares? Let’s party! Priorities.

I could say a lot more about this movie, but I’m just going to wrap this up to avoid feeling the pain of it all over again. Alright, so, a campsite is found, tents are pitched, both literally and figuratively. Lots of beers are consumed. Fights over raccoon urine and “chupa” puke take place.  Boobs are bared and bounced around and random sex happens. Missing friends return, but something’s not right with them, yet no one can figure out what’s wrong. Poor decisions are made, ridiculous dialog is spoken. Rituals are performed and a lot more sex is had. But most importantly…PEOPLE FUCKING DIE. Is the Chupacabra real or is there something else lurking in the woods? Do we really care?

CHUPACABRA TERRITORY takes its sweet time coming to its terribly predictable end, but once it’s over and the credits roll, it’s time to celebrate!! I chose to celebrate with bourbon. Lots of it.  As if you can’t already tell, I’m not a fan of this movie. I found it unoriginal and unenjoyable all the way around. However, if it sounds like something you’d like to experience for yourself, it’s currently available on Amazon Video. 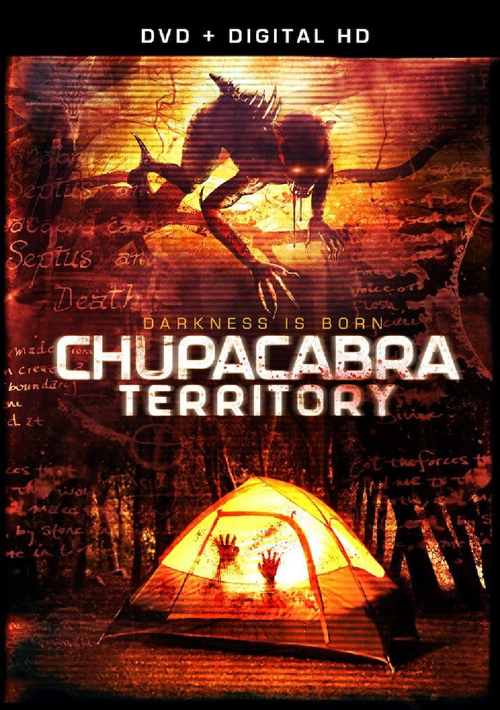