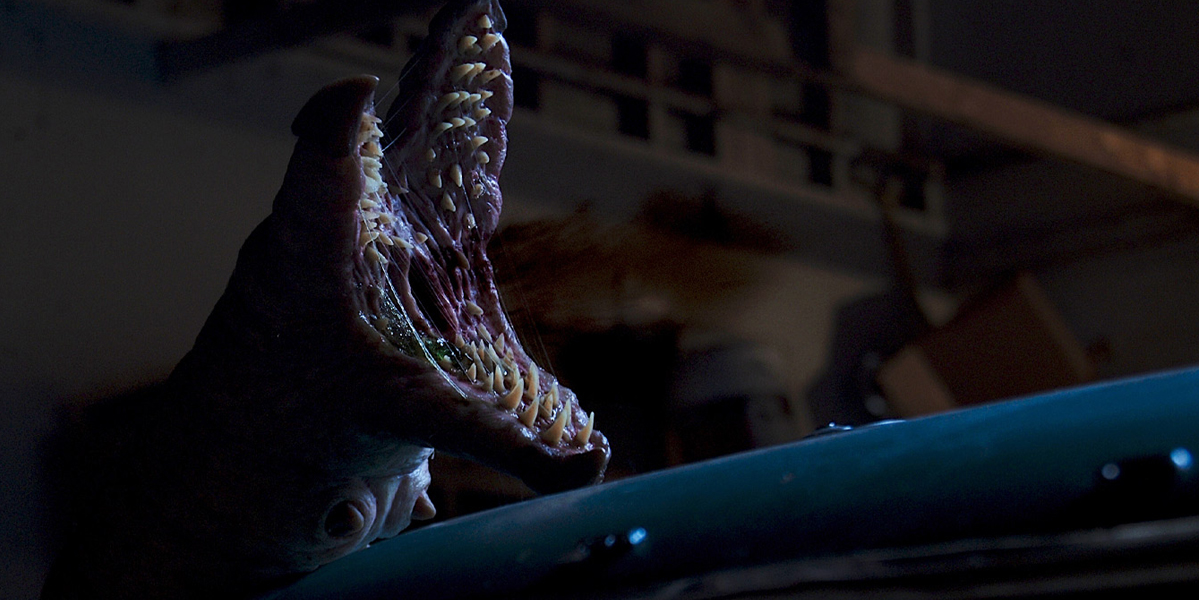 Life’s been tough for Danny (Joseph Almani). He’s struggling with his job as a police officer. His girlfriend has left him. And now he’s staying with his Uncle Bill (Michael Paré) at a secluded ranch in the middle of nowhere. Things aren’t looking too good for him, but at least he’s got one thing to look forward to: Fixing up a classic car.

When an earthquake strikes, the car falls from its lifts, killing Bill and pinning Danny to the floor. Trapped in the dark, with limited ability to contact the outside world, life seems to have gotten about as bad as it can get. Unfortunately for Danny, things only get worse when he realizes he’s not alone in the garage. Squirming creatures emerge from the ground after the quake. Creatures with massive jaws, several rows of teeth, and venomous stingers. Creatures that kill anything that crosses their path.

They Crawl Beneath is a mostly solid monster movie. Director Dale Fabrigar keeps things moving along quickly, and despite the story primarily taking place in a single location, the movie manages to avoid feeling stagnant. There’s always some new frame or angle chosen to keep things feeling fresh. When the bulk of the story revolves around a single person who can’t even move around, the movie could very easily become boring. Fabrigar skillfully avoids that trap and keeps the story engaging.

Along with his direction, the script by Tricia Aurand is responsible for much of the film’s pacing. Tightly crafted and always moving, the story deftly jumps from one obstacle to the next. As soon as Danny resolves one crisis, another rears its head, leaving him seemingly no closer to escape than he was to begin with. Ironically, it’s Danny’s struggles against the inanimate world around him that form the most compelling part of the story. Even without the creatures, the story could function essentially the same way. 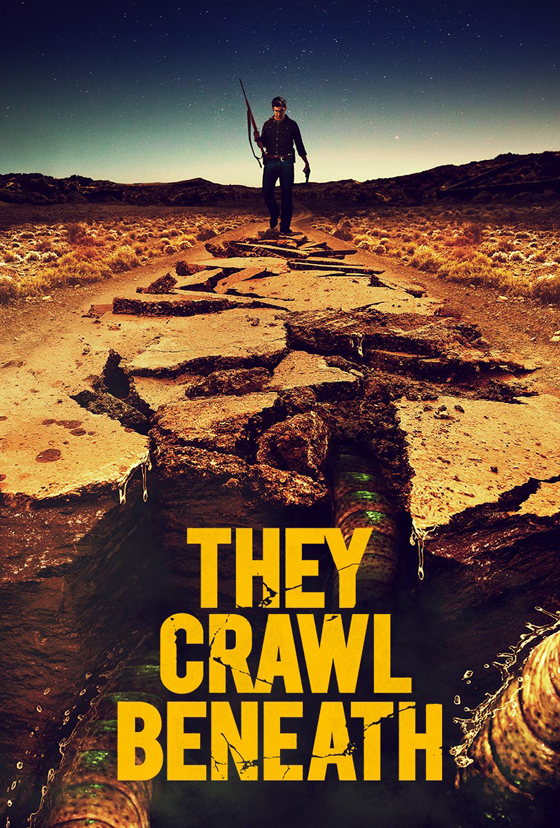 And that’s one of the weaker points of the film.

The creatures are an interesting design and come equipped with horrific capabilities. They hit a sweet spot with monsters where they’re just familiar enough to be almost recognizable yet alien enough to be repulsive. There’s just enough information provided early on to give them some context, but they are otherwise left mysterious.

For such an interesting creature, their presence is largely absent. One will show up here and there to throw a wrench into Danny’s attempts to free himself. But despite the established dangers, they are easily dealt with and seem to be more of a nuisance than an actual threat.

Though the script is tightly plotted, with nearly every scene either setting up a future scene, or paying off a previous one, much of it feels unnecessary. A significant amount of time is spent dealing with family drama and relationship dynamics. Rather than focusing on the core concept of being stuck in a room with deadly monsters, They Crawl Beneath puts a little too much emphasis on the melodrama and not enough on the monster-drama.

By the end, the story feels incomplete. Not bad, but not quite what it could be. Between the creatures, the writing, and the directing, all the ingredients are there the for a truly great movie. Unfortunately, that potential is never truly reached.

I do recommend giving it a watch though. Despite some missteps, They Crawl Beneath is a strongly plotted movie with an interesting monster. Perhaps if we’re lucky, this isn’t the last we’ll see of these creatures. Like any good monster, there’s always a chance they may rise from the earth once again for a sequel. And then we can see what they’re really capable of.

They Crawl Beneath is available on Blu-ray October 4. 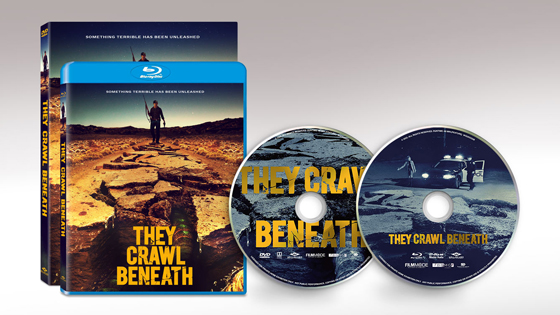