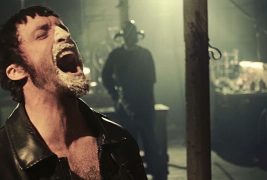 Crazed is director Kevin A. McCarthy‘s contribution to the large canon of renegade cop films. While the genre hit its heyday nearly thirty years ago, the idea of an officer of the law gone rogue still fascinates as much as it always has. Has Crazed succeeded in getting away with it or is this one just a grievous crime against cinema?

Ronan Pierce (Michael McCarthy) is our deranged protagonist: An ex-special forces soldier with a conscience who became a good cop until his life was destroyed by a masked lunatic who killed his daughter and then kidnapped his wife. Not satisfied with simply taking her, the Man Behind the Mask also sends Ronan videos of himself torturing her. This double tragedy sets him on an extralegal mission to find his wife and clean up the streets of Harbor City.

His frustrated partner frequently tries to rein him in, to no avail. The police captain is out for his head, as well, along with every major criminal. But, Ronan doesn’t care. Fueled by massive amounts of alcohol and drugs, he unleashes his fury upon the criminals controlling his city in his search for his wife. Soon, he is joined on his campaign of justice by a woman whom he liberates from a white slave trade boat.

Crazed is a movie that owes strongly to previous gritty vigilante films. In particular, the opening scene and, really, the entire first act is reminiscent of the slew of comic book-influenced films that marked the 2000s. It’s a fun beginning that promises a lot. Then, it suddenly abandons the aesthetic and becomes a straight shot of coked out fights and murder. The action never ceases while Ronan is out for justice.

This movie succeeds in many ways where others typically fail. The action is just the right amount of ridiculous to make it fun while still providing the visceral oomph one wants and the special effects tend to be quite good. Even the music gets the viewer pumped up.

Nevertheless, while the acting itself is as over-the-top and fun as the action is, the dialogue feels clunky and badly written. The distillation of that 80s tough-guy talk went wrong somewhere and the viewer simply gets a watery substitute. The same can be said for the costumes, which seem to have been an afterthought to the budget.

One thing, however, did leave me with an overwhelmingly negative impression, and that is the absolute lack of meaningful female characters. The vast majority of women in Crazed are either dead and bloody or tied up and about to be. There are graphic scenes of rape and torture. Even Ronan’s sidekick barely has any speaking parts and her only notable scenes are of getting dolled up in clown make up and walking around a warehouse.

This is highly problematic to me. Crazed comes across almost like some Beta fantasy where the women are always victims in need of rescue. The century we live in would seem to have placed us in a situation where this would at least be viewed askance, and yet, here is a film that casts women aside almost completely. It severely hampered my enjoyment to see a degrading mentality placed front and center.

On one hand, Crazed satisfies certain needs. It has violent revenge, fast cars, heavy drinking, and a risible villain with a British accent. On the other, though, this film’s treatment of women leaves much to be desired. It’s hard to fully get into a movie that rapes and kills almost every woman in it. This is a film you wish you could enjoy more. 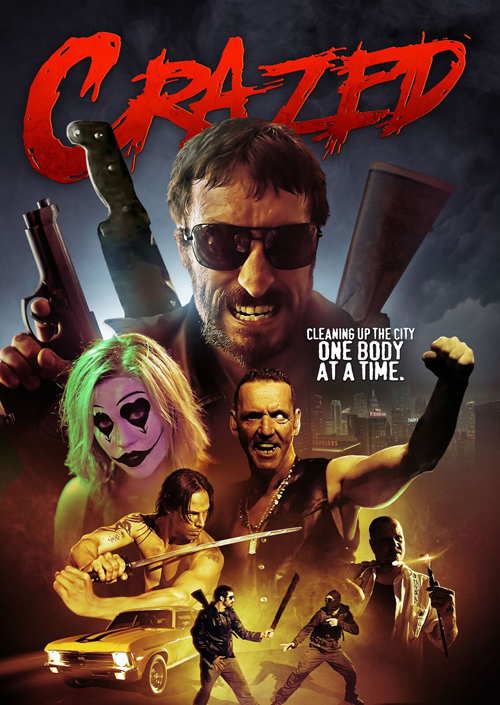