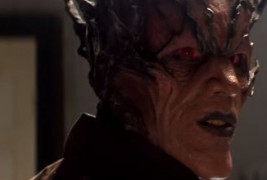 Tom Woodruff, Jr. has made a living as one of the best special effects guys in the business. Having worked on a variety of projects including the Tremors franchise, Starship Troopers and AVP: Alien vs. Predator, Woodruff has been in the monster business for a long time and knows what he’s doing.  Recently, though, the Academy Award-winning special effects guru tried his hand at directing.  Coming from a guy who has done more aliens and monsters than just about anything else in his career and cut his teeth under the tutelage of Stan Winston, it shouldn’t come as a big surprise that his feature-length directorial debut looks like a mix between Doomsday and the Hellboy trilogy.

Written by Michael Hayes and Brian Lubocki, Fire City: End of Days has a hell of a storyline.  I always try to avoid spoilers as best I can with my reviews, so here goes a very vague description of quite the mind-blowing plot: A demon secretly living in a world of humans survives off of the misery the human race simmers in every day.  When a very unlikely event leads this demon to question whether he’s on the wrong side of things, suddenly the potential for an all-out war arises and lots of violence and nudity ensues.

It takes a few minutes for the film to really get rolling, but as the story starts to shape up, it’s a fun adventure of mayhem and did I mention the nudity and violence? This is definitely not a flick to watch with your children or your mother.

Atum Vine (played by Tobias Jelinek) is at the forefront in this film, a demon that suddenly isn’t getting as big a kick out of human suffering as his counterparts are. That’s a big problem, considering that’s sort of like a human deciding protein just isn’t to his or her liking anymore.  This is where the potential for all-out war begins.

For a low-budget film, there is really nothing to harp about here. While certainly not perfect, everything seems to at least work, including the acting.  Forever the biggest crutch of any film, the acting is quite solid, in fact.  Jelinek aces the role of Atum, while Keely Alona is certainly not your average “little girl in a horror movie” actress.  She earns her screen time and owns the character.  Cornelia, the Interpreter of Signs, would have given me nightmares as a child considering her make-up, but moreover, the role is aced by Danielle Chuchran.  Cornelia is a real bad ass, by the way.

While I respect the dark and ominous atmosphere the film has from start to finish, I can’t say I really enjoyed it. You are instantly thrown into this dank, ugly world and it keeps the mood quite dim throughout its 100-minute run time.  Some of the events that take place in this seedy world are a tad too “real” for my liking, including some sexual content that I’m never a fan of.  While the film is mostly a dark view into the world of demons, there is also some emotional weight to it, as well as a focus on the moral fiber of our lead character.

While the storyline of Fire City: End of Days may not be for everyone, there is no question this is everything an independent film should be — inventive, ambitious and entertaining.  With this being the first of a planned four-film project, there is plenty of time for the kinks to get worked out.  This also means that the amazing practical effects aren’t going away anytime soon. 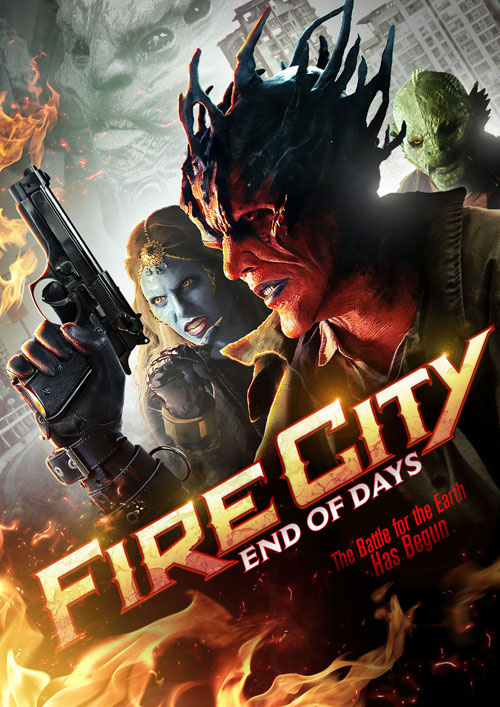