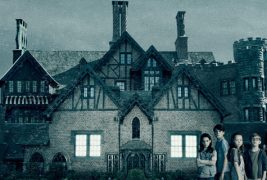 I don’t believe in ghosts, but a few years ago, I regularly woke up feeling somebody standing over me. Bolting up in bed and turning the light on, I would be left with only the lingering image of a face or a shadowy form hanging for a moment in my vision before leaving me alone.  At 1:30 or 2:00 in the morning, with phantoms melting before your eyes, the hours before sunlight become a dangerous wilderness of time. You’ll probably cross it safely, but you may not be the same person when you come out the other side.

Sleep specialists call this hypnopompia—a transitory phase between sleep and wakefulness in which the boundaries between the dreaming mind and the conscious one blur. So, I don’t believe in ghosts. Not sitting here at 9:00 AM with my coffee and my day-job emails to answer and all the chores I’m procrastinating on. Ask me again an hour or two after midnight, and I might give you a different answer.

Most of our monsters are born of logic to one degree or another. Werewolves required the realization of early humanity’s place in the ecosystem, the knowledge that there were other predators whose power was to be admired and feared. Vampires necessitate a more concrete afterlife, the idea that there’s a place we’re supposed to go when we die, and some of us either opt out or get turned away. You need religion for demons. You need science for Lovecraftian horrors. For ghosts, all you need is the no man’s land between the conscious and the subconscious. Whatever embroideries we’ve given them over the millennia, to one extent or another, they’re probably hardwired into us.

Mike Flanagan’s ambitious new Netflix series, The Haunting of Hill House, dives deep into this rich metaphorical territory. Based off the 1959 novel by Shirley Jackson,[1] Hill House follows, from childhood to adulthood, the lives of the five Crain siblings as they try to come to grips with a horrifying summer they spent in Hill House, an old Massachusetts mansion with some very dark secrets. Steven (Michael Huisman as an adult and Paxton Singleton as a kid), is a skeptical but troubled writer. Shirley (Elizabeth Reaser and Lulu Wilson) is the control-freak operator of a failing funeral home. Twins Nell (Victoria Pedretti and Violet McGraw) and Luke (Oliver Jackson-Cohen and Julien Hilliard) suffer from depression and addiction, respectively, and Theodora (Kate Siegel and McKenna Grace) has a Shining-like psychic insight that shows her some of the worst sides of human nature. All are alienated from their father Hugh (Timothy Hutton as an old man and Henry Thomas in his youth), who each blames to one extent or another for the death of their mother, Olivia (Carla Gugino).

Flanagan, whose prior credits include Absentia, Gerald’s Game, and the criminally-underrated Oculus, is a hell of a director, building an appropriately tense and brooding atmosphere with a superbly-handled non-linear script that strategically switches between the younger Crains as a happy family who intend on flipping and selling Hill House and the present, broken remnants, still quite literally haunted by the ghosts of that summer.  Both incarnations of the family give solid performances, and between the strong writing and the deft acting, each of the characters becomes complexly human, both sympathetic and repellant. Gugino’s descent into madness as Olivia is especially engaging, both tragic and creepy at the same time.

Like all good ghost stories, there’s a strong psychological element to Hill House. As with The Shining, you could debate whether the haunting is real or symbolic, an allegory for the Crains’ history of mental illness. It’s a testament to Flanagan’s skill that the two possibilities (which perhaps aren’t mutually exclusive) are equally intriguing and that Hill House’s subtext doesn’t detract from the scares. Building on the themes he explored in Oculus, Flanagan renders the supernatural as familial tragedy–a rich, frightening, sorrowful blend made all the more unsettling by the sumptuously somber palette and off-kilter cinematography. Which makes it all the more disappointing when we get Shyamalan’ed.

If you’re old enough, you probably remember how exciting M. Night Shyamalan’s The Sixth Sense was when it came out. It stuck with you—not just the twist, but all the disturbing details that came before. Unbreakable wasn’t quite as good, but it was a worthy sophomore effort. M. Night Shyamalan was something special. He was going to be the next Rod Serling. Then he decided to be uplifting, to deliver us a Message while exploring Weighty Themes, and that was the beginning of the Shyamalan we all know and roll our eyes at.

It’s hard to pinpoint where, exactly, but somewhere in the last few episodes of The Haunting of Hill House, Flanagan slips. What began as an ominous and gripping meditation on death, memory, and trauma becomes a self-conscious and turgid family melodrama. Monologues grow longer and more overwrought, and Flanagan trades genuine depth for an unappealing blend of sap and pretension. Hill House doesn’t pull many punches (it features undead kittens, for fuck’s sake), but it pulls the last and most important one of all. The final episode feels like it was directed by a first-year film student too bowled away by his own superficial profundity to realize what shallow waters he’s actually navigating.

I’m sure critics will gush and the Emmy committee will lick its chops, but it’s infuriating as a viewer. For about 80% of its run, Hill House is a brilliant, scary, engrossing series—a solid A. You believe it like it’s 2 AM and you’re waking up to faces in the dark. The final 20% drops to a C+. For the love of all that’s unholy, Mr. Flanagan, trust your instincts next time. We can’t take another Shyamalan. 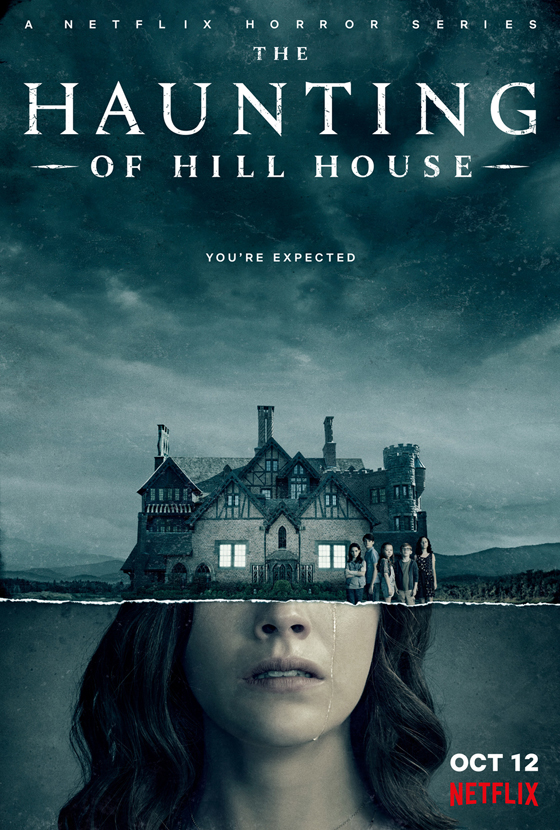 [1] Full disclosure: it’s widely considered one of the greatest horror novels of all time, and shamefully, I haven’t read it, though it’s next on my list.