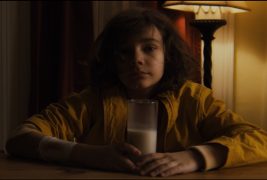 If there’s one thing I love, it’s a scary story with a creepy kid as its main monster. I mean, kids are scary enough in real life, right? I have two of my own and I know this to be true. So, when I saw the trailer for Omri Dorani’s new film called This Is Our Home (2019), I was immediately drawn in. The preview presented a very promising-looking creepy kid movie which made me excited to watch this film in its entirety. Get comfy and find out if This Is Our Home came home with me, or if I left it sitting by the side of the road.

This film stars a small cast, a total of five to be exact. We meet the two main characters, Cory (Jeff Ayars) and Reina (Simone Policano). These two are a real-life couple, so this might be the reason for the on-screen chemistry we see between them. As This Is Our Home begins, the couple is seemingly happy and in love, and we find out that they’re expecting. They both seem to be in good spirits about this news and they begin to discuss baby names. Reina isn’t thrilled with Cory’s baby name ideas and insists that their baby be named Zeke. Now, this is where things start get a little wonky. Through a few disconnected flashback scenes, it’s assumed that something went wrong with the pregnancy and Reina wound up losing the baby. However, there is one perplexing scene where Cory thanks an exhausted looking Reina for “doing this.” We won’t know what “this” is until way later in the film.

In order to deal with their loss and sadness, the couple decides to take a trip to Reina’s parents’ house in the country for some relaxation. Along the way, they get a flat tire and this leads to an argument on the side of the road. The argument ends with Cory throwing the tire iron into the woods. At this moment, a car pulls up behind them on the otherwise isolated country road, and two weird guys get out and offer help. One of them has Reina walk with him into the woods to find the tire iron that was thrown. Cory doesn’t seem concerned one bit about this, even though he states that the guys make him feel uncomfortable. Weird. Before I continue, Cory and Reina are one of those annoying couples who have to argue a lot over nothing. The arguing happens in several moments of the film, unfortunately. It gets to the point that you start to root for something horrible to happen to them just so that they’ll shut up.

After the tire’s fixed, Cory and Reina finally arrive at the country house. There’s some chatter as they look around, and Cory asks about a locked door. Reina tells him that it was her dad’s study and that no one in the family had ever been allowed to go into the room. Cory annoyingly insists on asking her about the room, which leads to yet another argument, but the door remains locked. Later on, things seem to calm down with the help of a bottle of wine. There’s dancing and smiles, and things seem to be better…until Reina asks if they can do “that thing.” No, it’s not sexy time, it’s a new take on playing Doctor…which involves raw meat and a sharp knife. Apparently, Reina is an aspiring brain surgeon and likes to “practice” on Cory. Cory’s not so excited about being used as a human cutting board and yet another argument ensues…because it’s always a good idea to argue with someone who’s trying to carve a piece of meat while it’s on your forehead.

As the film moves forward, the door to the forbidden study eventually winds up being opened. Shocking, right? Even less shocking is that as soon as the study’s door is opened, there’s a knock on the front door of the seemingly isolated house. Oh, it’s also super dark outside to boot. Of course, the front door is opened too and then the real fun begins. We meet an 8-year-old little boy, coincidentally named…Zeke (brilliantly played by Drew Beckas). He claims that he is Cory’s and Reina’s son. He refers to them as Mommy and Daddy. Cory wants to immediately call the cops and get the kid out of the house because he’s freaked out, but Reina’s maternal instinct kicks in and almost immediately bonds with Zeke, playing weird games with him and letting him do her makeup. It seems that the longer Zeke stays in the house, the more disturbing things become, especially for Cory.

Without giving too much else away, I can say that This Is Our Home is a decent film, but it doesn’t feel like a complete story. Despite it being a low-budget project, it doesn’t present itself as one. The acting, the pacing, and the cinematography are all very well done. However, the storyline is just kind of one note. I think if the holes in screenwriter Rob Harmon’s story could be filled in with more backstory or explanation of certain things that are touched upon, then this would be a much better movie. I did enjoy where this movie was headed, I just wanted it to go further. If you’re a fan of Ari Aster’s Hereditary (2018), then you just might enjoy This Is Our Home as well. If you want to catch it for yourself, it’s currently available on both disc and digital. 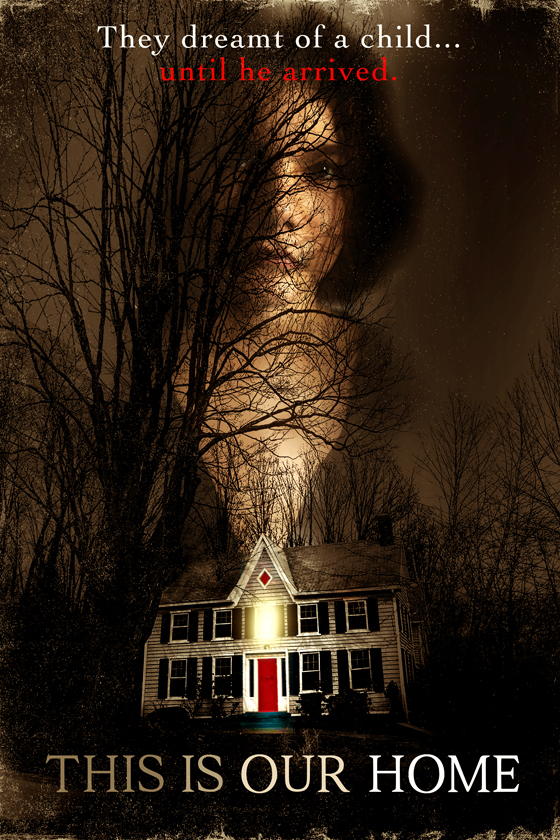 One thought on “This Is Our Home Movie Review”