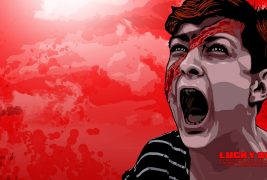 In my time writing for Ravenous Monster, I’ve watched many screeners for various independent films, but my most recent batch represents my first foray into short films – an art form that perhaps doesn’t receive as much attention as it should. I think there’s a general impression of short films as training wheels for aspiring filmmakers, but that’s an unfair assessment.

Thanks to the internet’s role in transmitting media (and arguably reducing our attention spans in the process), it would seem we’re primed and ready for a short film renaissance. If that’s true – if we might start seeing short films really take off in the public sphere soon – I’d like to place a bet now that horror will be leading that charge. In the horror world, tight storytelling and swift, shocking revelations reign supreme.

Let’s look at two short films that could not be more different from each other, showing off just how much can be done in a short time.

First off, the Hungarian film Lucky Girl, written and directed by Demeter Lóránt. The official synopsis describes it thusly: “A serial killer snatches three girls from a car wreck and takes them back to his lair of horrors. Will any of them survive?” As you might surmise from the title, the story echoes the horror trope of the “final girl,” leading the viewer through a brief and brutal journey before delivering an enjoyably dark twist at the end.

Lucky Girl runs 16 minutes and feels, at times, more like a music video than a film. There is no spoken dialogue, eliminating the need for foreign translation and forcing the viewer to pay closer attention to what’s happening – which, given the shock treatment value of the on-screen imagery, is highly uncomfortable. The story begins with the killer retrieving victims from the scene of a car accident. Who these attractive young women are, and where they were going, is left ambiguous and arguably irrelevant. Similarly, there is no hint as the killer’s motive, backstory, or any other world-building questions that live outside the borders of the framing narrative. 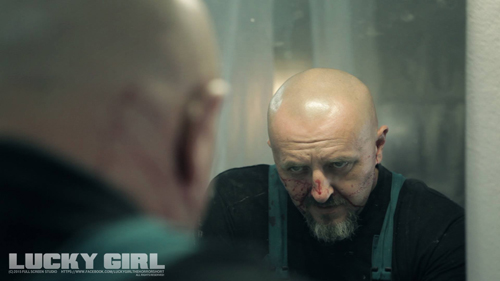 Where Lucky Girl spends no time on exposition, character, or backstory, the short film White Drift delves deeply into the history and subtext surrounding its core plot.

Released by Bonfire Films as part of the 2016 Damnationland Film Festival, White Drift is directed by Corey Norman and written by Haley Norman. Marketing materials sell it as “a story about a war torn US veteran, arriving in a small Maine town searching for a lost friend. He ends up meeting a local waitress who takes an interest in him, without knowing that he’s battling more than just PTSD.”

The film’s IndieGoGo campaign isn’t shy about stating outright the nature of the film’s biggest mystery, and by the time the movie starts with the establishment shot of a bright full moon it’s pretty obvious where it’s going, so I’ll come out and say it: This is a werewolf movie, one that plays its tropes straight. That, in our modern world of werewolf romances and pack dynamics, is honestly refreshing; it seems practically impossible to tell a traditional story of horrifying transformation and murder. That said, I almost wish that it wasn’t: The film sets up the werewolf tropes and expectations so faithfully that I found myself yearning for a subversion or twist.

But all in all, it was enjoyable all the same: The amount of characterization crammed into a tight space is impressive, and the film does an excellent job at hinting at the information you need to connect the dots without beating you over the head with it.

Another selling point of the film, for some, might be the choice of using practical effects. In a CGI-and-greenscreen-flooded cinematic environment, practical effects have taken on a sort of mythic significance. Unfortunately, in this case the film falls into the trap of many well-meaning werewolf movies before it: The wolf just doesn’t look “alive” enough to be menacing.

Still, White Drift has plenty of old-school charm, and that might be enough to make you overlook its flaws for its brief run time. 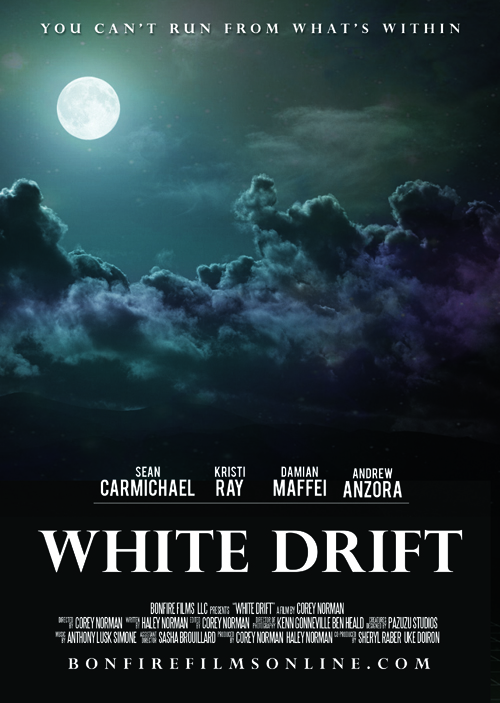