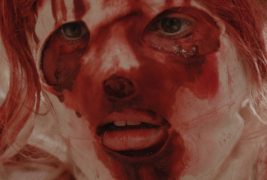 You know a film is bad when I can’t even figure out how to begin my review of it. I’m honestly at a loss for words after watching a movie written and directed by Stuart Stanton called, No Such Thing as Monsters. As usual, I was intrigued by the trailer because it looked like there was potential for a good, gory tale. I know I should have known better, but I was weak. Don’t judge, we’ve all been there at times.

No Such Thing as Monsters starts off decently. We meet Mary (Angel Giuffria) and David (Matthew Clarke), a young couple who seemingly get along well enough. David proposes that they take a romantic camping trip, in a camper, to a remote area of the Australian bush, but Mary is hesitant to agree with the idea because staying in a camper makes her claustrophobic. Eventually, David persuades her to trust his plan and off they go.

They arrive at their destination and things are okay, until a van full of crazies rolls up on the same supposedly remote area. This bunch of weirdos winds up being your stereotypical deranged and inbred family. There’s the slutty sister, the sister who’s the “normal” looking leader of the group, the gross brother and the creepy, silent, little sister who always wears a mask. So, after seeing that there’s something way off with these people—instead of driving away and going back home where they’d be safe—Mary and David decide to be friendly to the group. This is one of the many stupid choices the couple makes throughout the movie.

Mary and David wind up being kidnapped and transported to the family’s house. Mary is kept captive in the claustrophobic camper, while David is tied to a bed inside of the house and used by the females of the family for…reasons. Both of them are used and abused by several members of the family and are essentially seen as nothing more than familial playthings. In a strange plot twist, the little mask-wearing sister winds up not being quite so terrifying, as she tries to offer help to both Mary and David at times, but are her actions and motives really so innocent? As the story moves forward, a lot of weird and confusing shit happens with little to no reason as to why these events take place. Once this happens, the story falls apart.

No Such Thing as Monsters could have been a great film if the focus would have been to tell a complete and logical story. It seems that the writing team of Stuart Stanton and Karen Elgar had a good story to tell, but I think their execution sadly focused more on being disturbing rather than sensible, and in turn, it made No Such Thing as Monsters a highly frustrating film to watch. If you want to try giving this film a watch for yourself, it’s currently available on VOD. 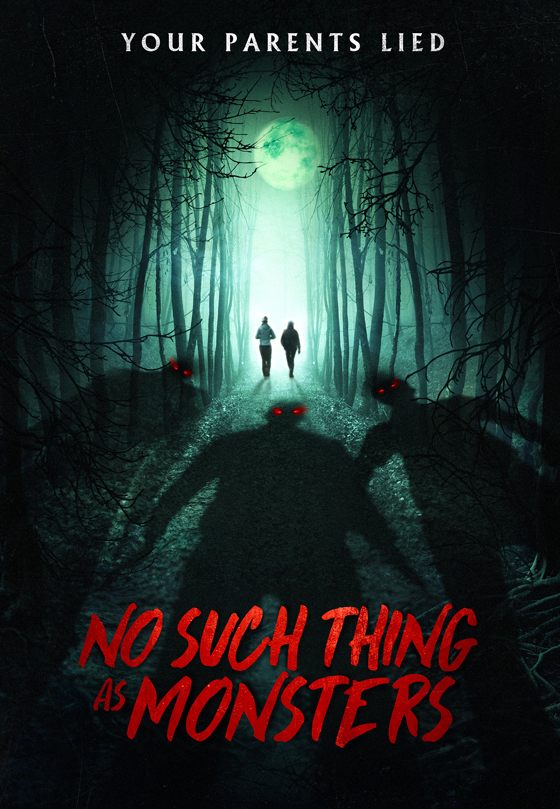