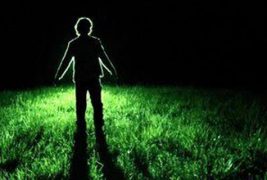 The list goes on. In fact, filmmaker Matt Stuertz wears so many hats he gives Dr. Seuss’ Bartholomew Cubbins a run for his money.

But we’re here to talk about RWD, not children’s literature. And Matt, save for co-star/co-writer Adam Hartley, is a virtual one-man show in this mildly entertaining but extremely novel thriller, now available on VOD from Osiris Entertainment.

RWD, yet another entry in the found-footage vein of horror flicks, features those two as a pair of geeks who star in an internet show called “Ghost Goofs.” Hartley, as Chris Lipscomb, gets the lion’s share of screen time as the primary host, but both he and Stuertz, as Ricky Nicolas, carry cameras as they roam the countryside on a spook quest.

For their latest episode, they’ve decided to enter Brut Woods in search of a spectre with a history of cannibalism. Their show is more about pranking ghosts than terrifying their viewers, so the banter between Chris and Ricky is initially more playful — locker room talk, Donald Trump might say — than suspenseful.

But a few things transpire along the way that ratchet up the tension. We hear the voice of Chris spewing words we’ve heard before — even though his lips are sealed. A window slams shut at an empty house. Other people (?) are spotted in the distance.

Then they stumble upon an old silo that is creepy in all the right ways. It has a catacomb of corridors, shattered glass windows, dusty debris everywhere and a chalkboard with ominous writing. It’s here that the movie takes an unexpected twist. Without giving away too much, it seems Chris and Ricky aren’t seeing ghosts; they’re seeing themselves at various times within the narrative.

It’s what they do once that discovery is made that separates this film from other shaky-cam pics. But we’ll save the details for you.

Speaking of shaky camera footage, this one has enough to give you that feeling of roller-coaster queasiness. Enough already!

The script could have used a steadier hand, too. The cutesy dialogue grates on the nerves after a while. It also leaves unresolved a few plot points that might have made the viewing experience a little more satisfying.

Given the plethora of found-footage films on the market — most recently the Blair Witch sequel — it would have been easy to dismiss RWD as Stuertz folly. Who needs copycat cinema?

But for all the faults in RWD, there’s something admirable about a filmmaker who invests more sweat equity than dollars in a project of this ilk and comes away unstained.

So, final verdict? It’s a lot closer to fair than middlin’, and that’s quite an accomplishment given the tired format and uneven script. RWD (read: rewind) offers just enough to make you want to fast-forward and see what else Stuertz has up his sleeves. 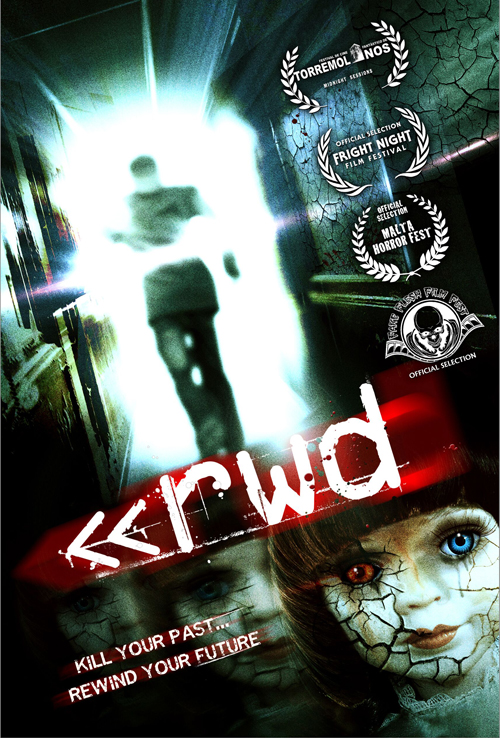 One thought on “RWD Movie Review”