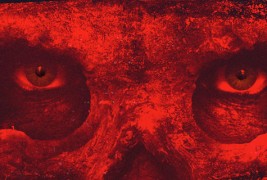 The horror comedy is a venerable genre in its own right. For as long as there have been horror films, there have been movies spoofing them – from Abbott and Costello facing the black-and-white movie monsters to Cabin in the Woods and Knights of Badassdom toying with our expectations of the genre, these movies are part and parcel of the horror package.  And it makes sense:  On a spectrum, horror and comedy are unruly neighbors, playing with the very same toolset – surprise, discomfort, inverting expectations.

So when I got the opportunity to review Sledge, a horror-comedy from Craptastically Horrific Productions, I jumped at the chance.  First, you can’t resist a production company that wears its honesty on its sleeve like that: The film they delivered was absolutely craptastically horrific, and I’d have it no other way.

To sum up Sledge: Imagine the movie-inside-a-movie premise of Cabin in the Woods, turn up the cheese factor to 11 and salt it liberally with Grindhouse, and you’ll get pretty close.

Writer-director Kristian Hanson delivers a movie that has an awful lot going on for its 75-minute run-time, but it never feels rushed or convoluted. If anything, the pacing is languid and deceptively slow, sucking you in like quicksand.  By the time you start to realize that you’ve been pulled in, you’re too invested to do anything but see it through to the end.

The story starts off with a nameless girl popping herself some popcorn, pouring a glass of wine and settling down to watch “Assly’s True American Horror” television show, an homage to Tales From the Crypt.  You watch over her shoulder as the Assly’s narrator – a puppet voiced by Hanson himself – leads you into the movie for that week’s episode.  You’re prepped quickly for what to expect: This is not going to be a good movie.  In fact, this is going to be really terrible.

The movie-within-a-TV-show-within-a-movie is the titular Sledge, which alternates POV between the villain (the surprisingly sympathetic Adam Lynch, also played by Hanson) and the standard five-man-band of young people camping in the woods.  On the first night, one character pauses to deliver a ghost story (now we have a story-within-a-movie-within-a-TV-show-within-a-movie, are you keeping up?) that provides all of the necessary exposition about the villain and sets up your expectations about how this camping trip will go.

The plot from there unfolds basically as you would expect, but with plenty of genre-savvy moments of self-awareness, tons of references to classic horror films, and several interruptions to step back in with the girl on the couch, lest you start to take the spectacle too seriously.

And that’s where Sledge really shines.  Because despite its absurdity, you can’t help but get involved in the lives of these characters, particularly the self-proclaimed “loveable asshole” Alex (played by Dustin Bowman), whose charisma carries much of the narrative weight.  This is a movie that plays on the viewer’s expectations of the horror genre, simultaneously subverting and indulging in clichés, all with a playful wink toward that fourth wall.

Which is not to say that this movie is for everyone. There are places, especially early in the film, where it’s unclear whether it’s being bad-on-purpose or just bad – strange lighting choices, cameras that go out of focus at odd moments, long-winded expository dialogue saturated with sex jokes, and probably the most ridiculously pompous opening credits I’ve ever seen on film.  As it flirts with the edge of “so bad it’s good,” you might catch yourself wondering exactly what you’ve gotten into and whether it’s worth sitting through.

But that’s where the magic happens. Because you see the girl-on-the-couch, your viewer stand-in, struggling with that same question, and then continuing to become entranced.  And you can’t help but follow suit.  The camera work grows more competent later in the film.  The dialogue becomes more natural.  The movie, in a very real sense, actually becomes better as you watch it, perfectly mirroring the experience of beginning to enjoy a terrible movie.  It’s terrible, and wonderful, and ridiculous, but most of all it’s a ton of fun.

Sledge is available for pre-order on DVD and Blu-ray through the film’s website, which also sells some pretty delightful merchandise featuring the movie’s awesomely-pulp poster design: http://sledgemovie.com/main/. 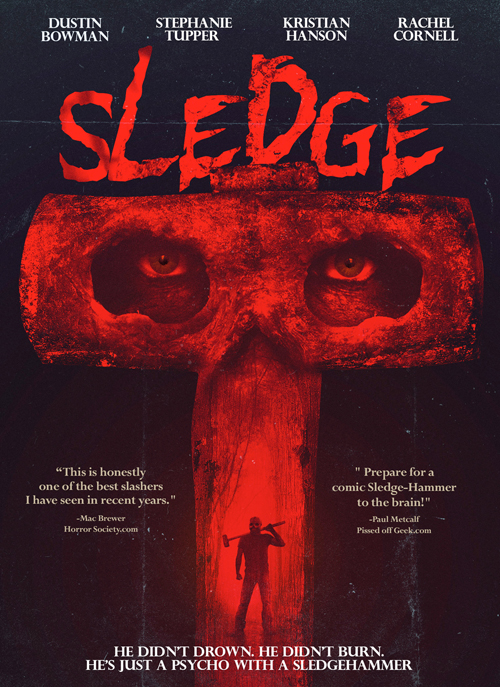 One thought on “Sledge Movie Review”