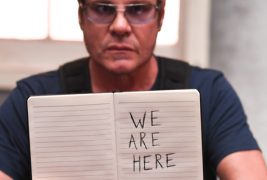 Personally, nothing beats a well-crafted haunted house story. Perhaps my affinity for them is rooted in the fact that they are just so damn hard to get right. For every The Changeling or The Others, there is a Walmart bin of lazy attempts and half-baked ideas that simply miss the mark.

Which brings us to Widow’s Point—a haunted lighthouse film that I’ve been eagerly awaiting. I’m a big fan of the book and also its authors, Richard and Billy Chizmar.

The story of a lighthouse with a dark past wouldn’t be complete without a properly tormented lead character to push over the edge. Enter Thomas Livingston.

Thomas Livingston is an author who’s looking to drum up some publicity for his new book by spending the weekend in a notoriously haunted lighthouse. Freshly divorced and struggling financially, Thomas knows a quick buck when he sees it.

Craig Sheffer, most well-known to horror fans as Aaron Boone from Clive Barker’s Nightbreed, is excellent as Thomas. The actor immerses himself in the role impressively and the story is all the better for it.

Thomas brings in a small group of documentarians to help him with his supernatural weekend, much to the frustration of the property’s owner, Parker, played by veteran actor Michael Thurber. Parker insists that no one enter the lighthouse, hoping the group stays in the house attached to said watchtower. Of course, no horror movie was ever made where the characters actually listen to the leery old man. Spoiler alert—supernatural hijinks ensue.

Not surprisingly, Thomas becomes rather untethered as the paranormal activity begins and he quickly descends into an all-out nightmare.

Note to any author out there looking for a quick pay day by spending some time in a haunted location: Don’t do it.

There’s a nice Let’s Scare Jessica to Death-visits-1408 vibe to Widow’s Point that I particularly like. Director Gregory Lamberson doesn’t rely on jump scares to get the movie rolling, but rather he injects an appreciable amount of tension into the script that reflects nicely in the finished product. I’m a sucker for slow burns and atmospheric dread. Lamberson does a good job of maintaining efficient storytelling while injecting subtle uneasiness throughout the ninety-minute run time. The set design and location for the film work hand-in-hand wonderfully to keep the tension simmering from start to finish.

Let this be a lesson to aspiring filmmakers as well as those already in the business—a low-budget film can still effectively create scares without relying on the overused jump scare or overt shock. Flashbacks are used well here, giving the audience more than enough backstory on the lighthouse’s tormented past that includes several murders and quite the ghostly presence.

A darling on the film circuit, Widow’s Point is based on the novel of the same name by Richard and Billy Chizmar. The father-son tandem are true fans of the genre and their literary work shows that. The adaptation of their debut novel is an aesthetically pleasing haunted house story that doesn’t follow all of the worn-out tropes. Thus, it performs well as a solid entry in the “don’t go inside the super-duper locked up room” movie library.

Widow’s Point has been shining its beacon on VOD and DVD since September 1st. 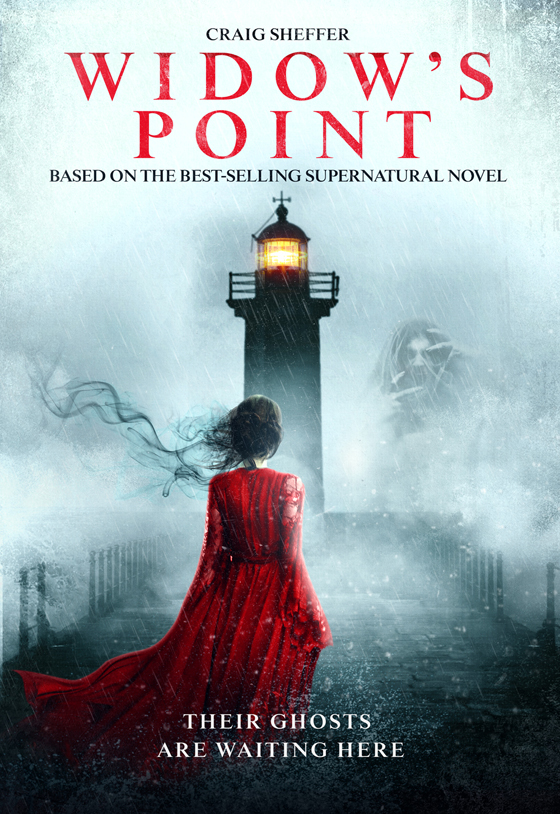