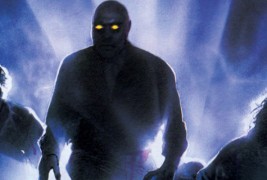 It’s been thirty years since the release of Demons (or Dèmoni in its original Italian). Directed by Lamberto Bava and produced by legendary maestro Dario Argento (who received a much bigger billing in advertisements for the film), Demons is a quintessentially ‘80s splatterpunk flick about an isolated movie theater in Berlin that gets overrun by demons. While the plot is paper thin, Demons does contain more than a few visual goodies. In one instance, a prostitute named Carmen (played Fabiola Toledo) begins her transformation into a pus-spewing demon from behind a movie screen as another horror film plays on in front of a doomed audience. When she pitches forward, she not only interrupts the film, but she lets everyone else know that the Metropol Theater is now infected.

The fact that this type of scene was later recycled in Scream 2 only serves to highlight how influential this little B-movie is. Furthermore, Bravo’s decision to include a scene from Demons on their The 100 Scariest Movie Moments countdown gave some critical weight to a film that had been widely panned upon its initial release. Still, Demons remains a filthy gore spectacle that drips with the exuberance of its time period. Think heavy metal, cocaine, and young people trying to hook up. Although Demons is set in Berlin, it feels more like a Sunset Strip schlocker with a taste for blood imbued with neon. 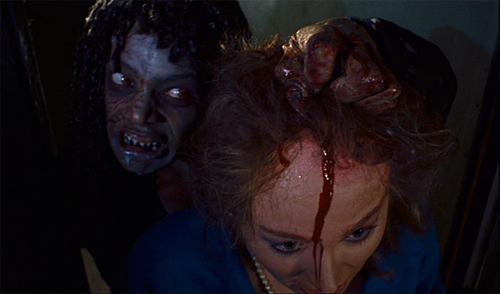 But as much as Demons is about ‘80s popular culture, it is also steeped in a tradition of sorts. Like older giallo and straight-up horror movies from Italy such as Deep Red, Suspiria, and The Beyond, Demons combines excessive violence with an excellent soundtrack. The composer in question, Claudio Simonetti, had been the keyboardist for the seminal prog rock outfit Goblin. Famous for their collaborations with Argento (especially the haunting theme for Suspiria), Goblin also created scores for such legendary films as George A. Romero’s Dawn of the Dead. By 1980 however, Goblin no longer existed, so Simonetti was left to make music by himself. When Argento and Bava tapped him to score Demons, Simonetti turned out a synth-heavy soundtrack that had to share the same CD with an assortment of heavy metal tracks (more on those songs later).

First and foremost, Simonetti’s principle contribution to Demons is the title track. One of the first things heard in the film, “Demon” is a pulsating, dark instrumental that features a drum machine and a neo-Baroque synth line that anchors a composition that relies on the old Goblin trick of inserting unintelligible human utterances inside of songs in order to make audiences feel thoroughly uncomfortable. While “Demon” appears in the film multiple times, it does not dominate the production like it does Rustblade Record’s 2015 reissue. Out of a total of 13 tracks, some permutation or remix of “Demon” appears 8 times. Like any self-respecting creation of Italian cinema, this is pure overkill. Sure, some of the “Demon” tracks work. The original is a classic, while the live version from 2002 is pleasurably heavy. On the flip side, “Demon’s Lounge” is barely listenable, while the two tracks that highlight the electric piano line present kitschy Nintendo music inside of a soundtrack that is meant to be scary.

Besides the many different shades of “Demon,” the recent Rustblade release also contains 1985 originals like “Killing” (a disturbing track that marries Top Gun-style rock licks with Gregorian chants from hell) and the wonderfully cheesy “Out Of Time.” Unfortunately, these few aberrations can’t derail the “Demon” express, and overall it’s safe to say that most listeners will grow tired of this soundtrack after the third different installment of the titular theme. 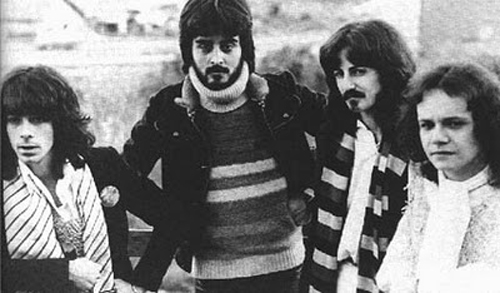 And now let us talk about the elephants in the room. A large part of what makes Demons such a classic film is its use of popular music. Namely, Demons exploited the then-current popularity of heavy metal and featured songs by bands like Saxon, Accept, and Mötley Crüe. Highlights of the movie include the use of Billy Idol’s “White Wedding” and the good choice to present music by the often overlooked Danish act Pretty Maids. But overruling them all is the appearance of Accept’s classic track “Fast as a Shark” during a scene when George (played by Urbano Barberini) and Cheryl (played by Natasha Hovey), the film’s male and female leads respectively, ride through the movie theater on a dirt bike while hacking at demons with a sword. It just doesn’t get much cooler than that.

It’s sad that the 30th Anniversary Edition of the Demons soundtrack does not touch upon the film’s metallic character, but record companies, copyright laws, and royalty payments are known for being party poopers. Then again, these missing songs don’t tank this release. More than anything else, the repetitive nature of this record keeps it from being anything more than a collector’s item for fanboys. A little less “Demon” would be nice, even if that means a much shorter commemorative edition.

The 30th Anniversary Edition of the Demons Soundtrack is currently available from Rustblade Records. 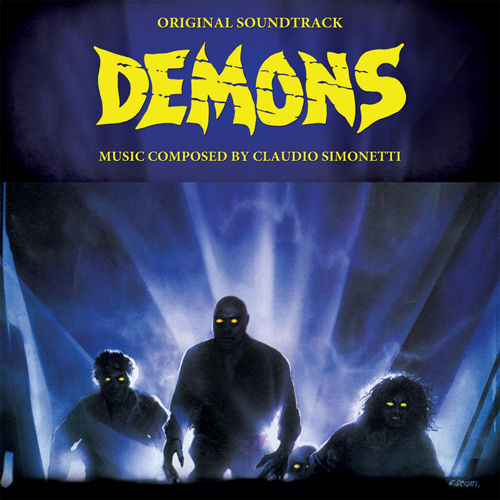