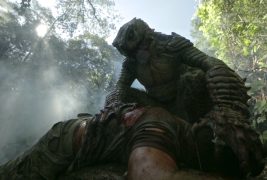 For those of you who’ve seen the legendary internet fan film, Batman: Dead End, the name Sandy Collora will be a familiar one and the following news should get you really excited. For those of you who haven’t seen the short, go find it on YouTube and watch it. Now! Go on….

Collora’s crowdfunding a pretty fantastic project that will bestow us fans with meaty short films that are entirely independent and that will feature world class practical effects. It’s an anthology of Creature Features that aren’t Features, if you will.

View highlights of the press release below as well as promo pictures and a video, Horror Fans….

Los Angeles, CA – Sandy Collora is a longtime special effects artist who helped create some of the more renowned and revered creatures in modern cinema. He produced and directed the fan film Batman: Dead End, hailed by filmmaker Kevin Smith as “possibly the truest, best Batman movie ever made.” Collora has announced his long-awaited return behind the camera with an anthology of “long shorts” – 20 to 30-minute original genre films. His first entry in the anthology is Shallow Water, a gritty and intense film that unleashes a new cinema creature unlike anything seen before. To help fund it, Collora has launched a Kickstarter campaign. 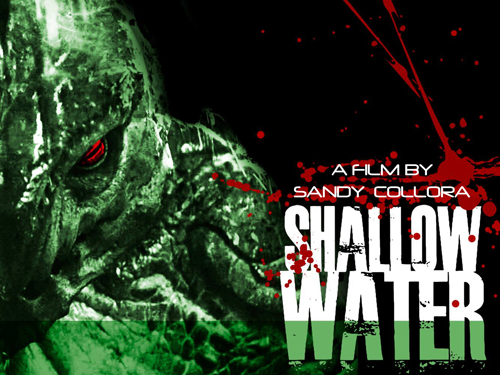 Shallow Water will be the first of a series that he plans to combine and release as an anthology feature, in the vein of Creepshow and Heavy Metal. Collora believes Hollywood has dropped the ball in introducing fresh new genre concepts. While he attributes it to pressures faced by studios to prioritize safety in meeting their bottom lines, he also feels sequels and remakes are now excessive, and have compromised the art.

Laments Collora: “I love genre films. I grew up on the original Alien and Predator, and they are awesome. But it’s too long since we had something new, unique and powerful in that space.”

Shallow Water proved too costly to finance as a feature with crowd funding, and that started Collora on the path of the anthology. He seeks $85K from fans to help him make it happen. “With Kickstarter, I can stay independent, and not compromise my vision. That was a big factor in the success of Batman: Dead End. But Shallow Water is longer, with more effects – more ambitious, if you will – so I hope to augment the cost with monies from Kickstarter. For this reason, I went to town on the Rewards for people who back it – great value at a low cost, and for those with more to pledge, some pretty intense limited edition collectibles. I was proud Kickstarter designated this campaign as a “Project we Love” on its very first day, and I think it was because of the cool Rewards.”

Shallow Water tells the story of a small group of fishermen who embark on a fishing trip to find a remote and mythical fishing hole deep in the Sea of Cortez. They scour the Baja peninsula, find it, but encounter unexpected sea life. Adds Collora: “It’s Mother Nature versus Human Nature.” 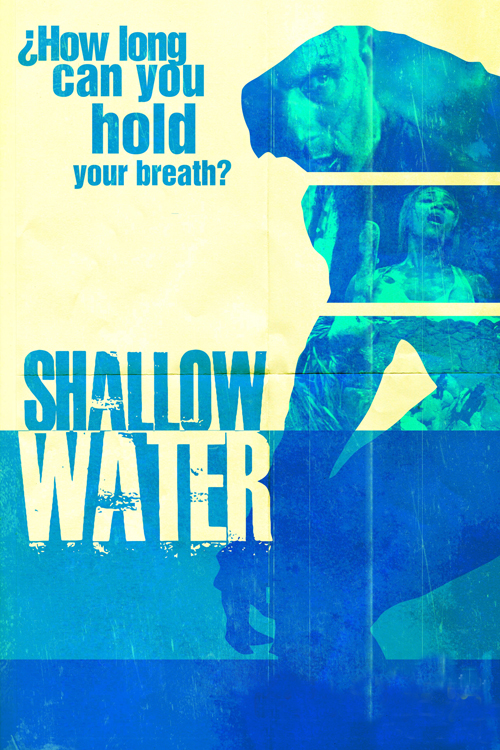