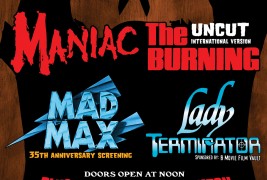 The good folks behind one of the best-regarded horror film festivals in the U.S. are at it again in August.  Read the press release below.

07-07-2014—The movie festival that even modern technology could not kill, Hudson Horror Show, is back from the grave and hungry for your soul!  Hudson Horror Show IX, will be at the Empire South Hills 8 in Poughkeepsie, NY on Saturday August 9th, 2014.  This is the theater we have been at for the last five years which is formerly known as the Silver Cinemas South Hills 8.  Now celebrating our fifth anniversary we will present six movies (for the price of five) all off of vintage 35mm film.  It’s been a long time and oh, we have such sites to show you…

From Director William Lustig we present one of the most brutal and unflinching horror films of all time, Maniac!  You will be amazed at Joe Spinell’s riveting dual performance as both a slimy and sadistic killer and a suave ladies’ man!

Hudson Horror goes post-apocalyptic!  Before you see the reboot/sequel, join us for a 35th Anniversary screening of the original Mad Max!  They say people don’t believe in heroes anymore, but in Poughkeepsie, we’re gonna give ‘em back their heroes!  Sugar tits!

We really dig slashers and are overjoyed to present the early -‘80s classic The Burning!  While our beloved Cropsey does all of the killing, the true star of the film is special effects maestro, Tom Savini.  Savini’s glorious gore work was heavily cut to get an R-rating in America, but we will be screening the uncut international version with all of the juicy bits intact!

What would HHS be without some foreign film insanity?  You may need to wear tinfoil on your head to prevent your brain from melting from the madness that is Lady Terminator!  Presented by the B-Movie Film Vault, this incomprehensible mess of a movie is a note for note rip-off of the Schwarzenegger sci-fi classic which needs to be seen to be believed!

The only thing better than one mystery movie is two!  As a thank you for five years of patronage, HHS#9 will screen two mystery movies, so that is six movies in total, for the price of five.  What will this gruesome twosome be?  Get a ticket for Hudson Horror Show #9 and find out!!

Our last show was a record-setting advance sell out and tickets for this show are on sale now!  Don’t miss it, get your tickets now!  Advance tickets are just $26.00.  Click here to order at http://www.hudsonhorror.com/purchase-tickets/.  If any tickets remain the day of show, they will be available for $30.00, cash only.  But don’t count on it.

As always we’ll have vendors selling toys, DVD’s, t-shirts and all other merchandise.  If you are interested in being a vendor, or if you have a question about the show, shoot us an email at info@hudsonhorror.com.  Keep watching our website and Facebook page for more info and we’ll see you Saturday, August 9th, 2014 for Hudson Horror Show 9! 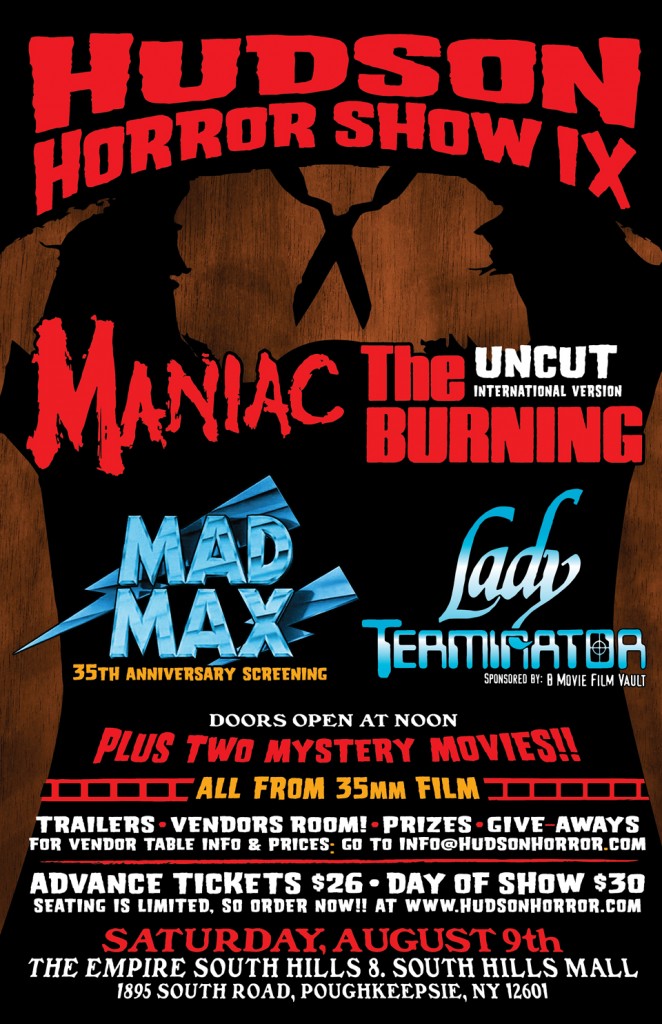 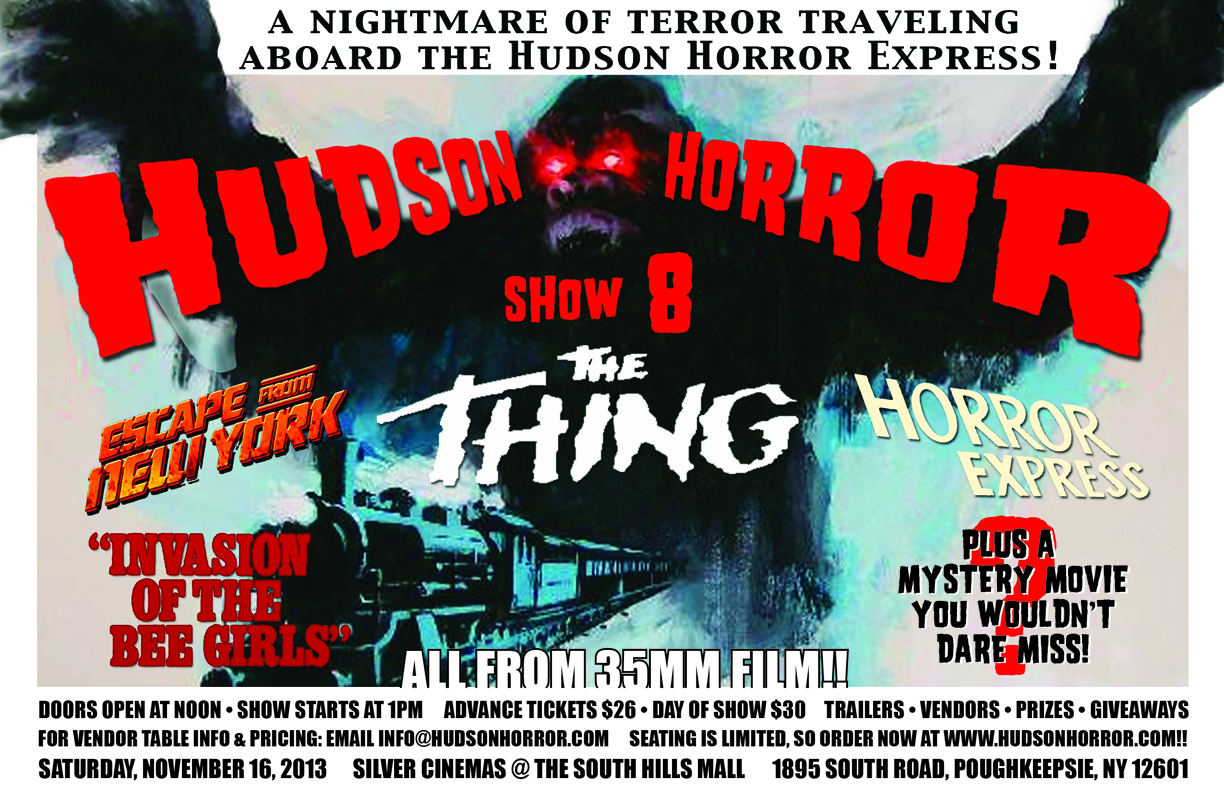 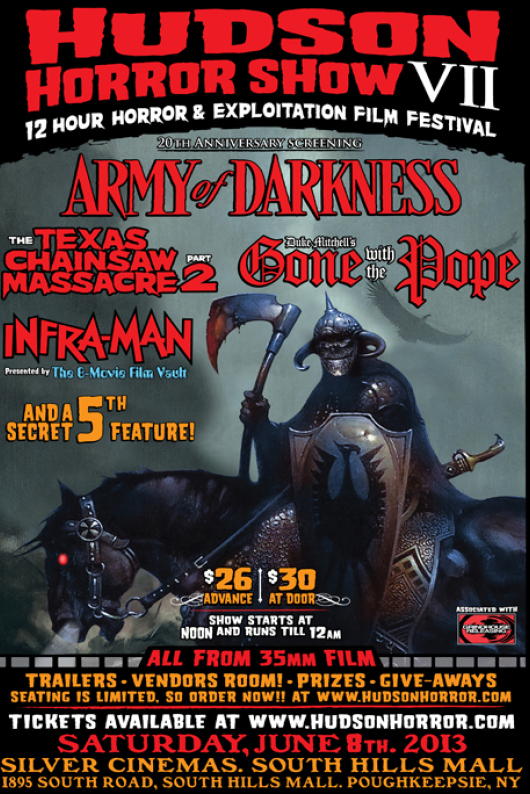